The day was chilly… with tattered remnants of snow pasted on the ground.  While I should have worked again on a bee hive or cleaned the chicken coop, I remained inside, trying to accomplish a goal I had set for winter.

I have wanted to make a pair of wool slippers… well, almost booties since my feet tend to be blocks of ice more often than not!    I had made a pair of custom shoe lasts in December… I had gathered the wool… if Wyoming was going to bring spring almost a month early, then I needed to reach this goal sooner rather than later.

I also decided to Periscope my progress throughout the day.

That idea, in retrospect, I should have ignored.

Periscope is an app that lets you stream video live.  Grand in theory.  If I had an iPhone, it would be easy peasy.  I don’t.  Someone told me you could use your GoPro and stream it live… but guess what you need to stream it through?  Yup.  An iPhone.  I have an iPad2.  Pitiful camera.  But, hey, I had bought a tripod holder for it.  However, you have to strip the protective case OFF of your iPad to fit it into the holder.  Now if your tripod tips, there is nothing to protect your iPad.  GREEEEAAAAAAATTT.

OK, iPad ready on stabilized tripod.  Supplies collected.  To see my iPad on the tripod on my dining table… I had to stand on a CHAIR and try to reach my supplies.  Before too long, my back was sore!  This wasn’t going to cut it.  Still I chugged along, hoping for some viewers.  I had a couple… but then it was time to go to work!

I forge onward.  Wool is layered.  I’m halfway through.

Time to update on Periscope.

Nothing doing.  The screen was wonky.  I couldn’t type on the keyboard.  I shut it down and let it think about its bad behavior.  I sat it in the corner.  I told it to behave.  I cussed it.  If the dang thing didn’t cost so much money, I would have pitched it over the bank.

Finally I get a partial screen and tap to go live.  I apologize to everyone and tell them to just come here.  Where it’s easy.  I can type.  I can share pics or movies.  There are no jerks giving weird one word comments.  There’s you… 😉

So, hours later… the booties are ready to put on the lasts and I give up for the evening.  Someday, I will make a video or two, and hopefully have a gorgeous set of slippers to show.

Just as a tease for great things to come… 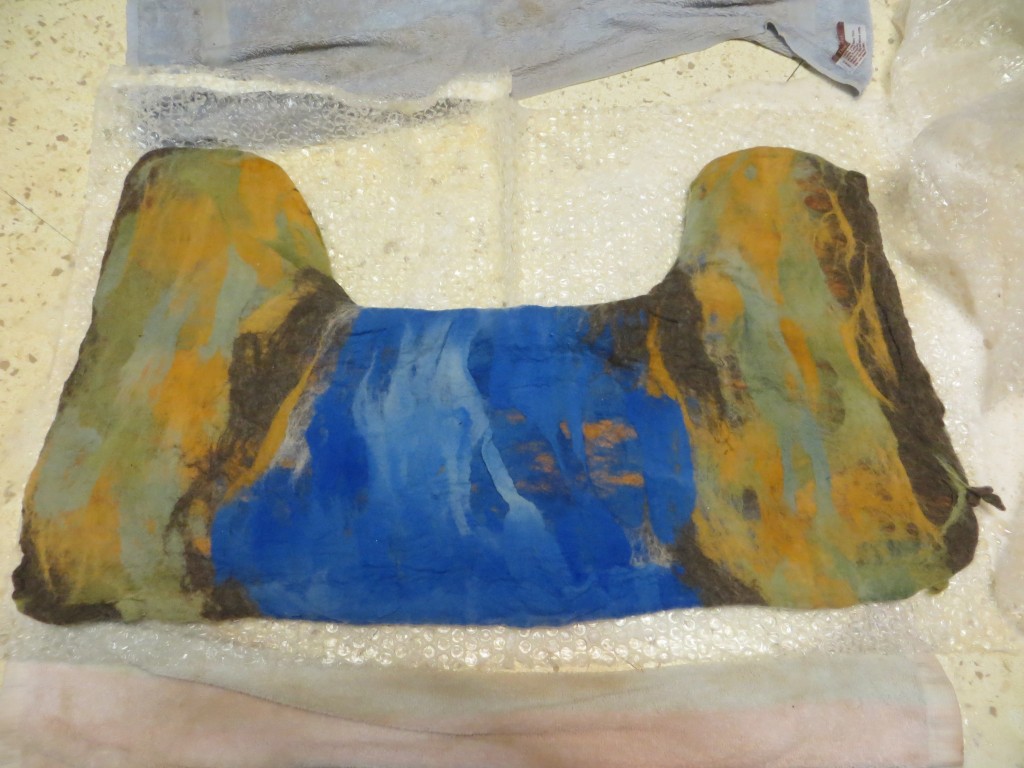 3 thoughts on “Slop Your Dripper”