Two bags of IV fluid, antibiotics, electrolytes… and the calf lays on my lawn, in the warmth of the afternoon sun. 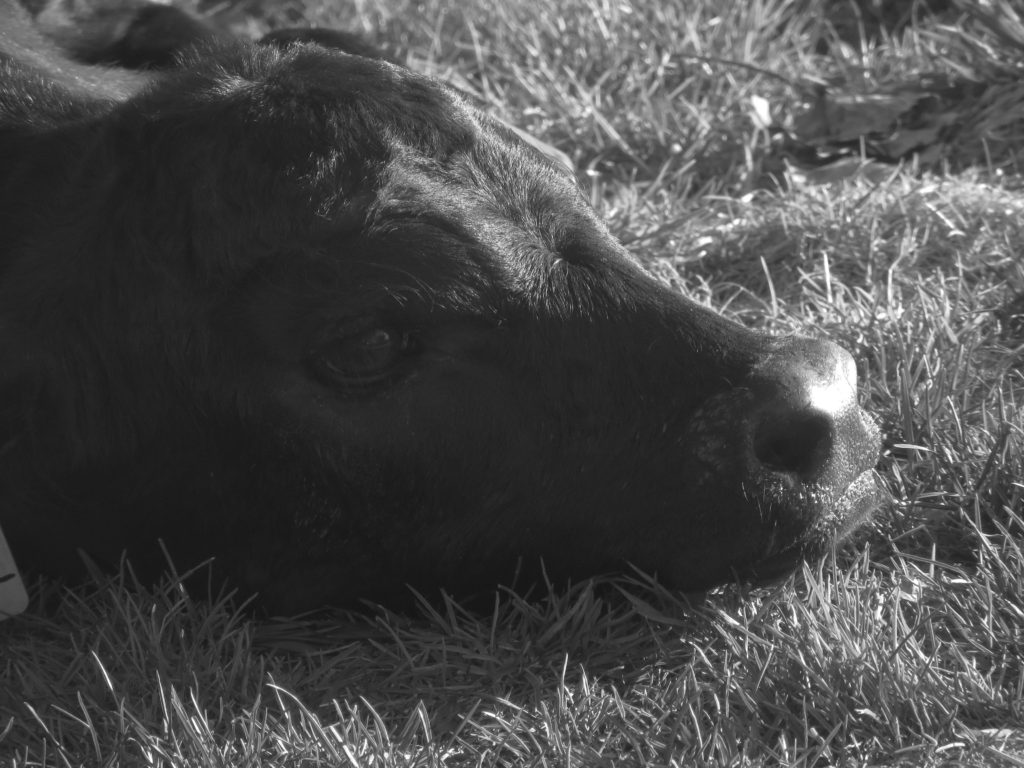 We alternate a bottle of milk replacer with a bottle of electrolytes a couple of hours later…  hoping the fluid will kick his gut back into gear.

As the sun sets, we haul him to the hay shed to keep him away from my dogs and away from the heavy frost.  He’s still listless, but the fluid from the IVs has been absorbed.  Is it enough?

At 9:30, I hike over with a bottle of milk replacer.  I force him to stand, not realizing that when he stands straight up that I can’t throw my leg over him and hold him in the classic scissor squeeze to feed him.  My inseam is not long enough!  He is a big boy!  Modifying my approach, I stick the long nipple of the bottle into his mouth, and follow him as he backs into the wall.  That works.  He has to stay in that position as I encourage him to suck.  Stroking his throat.  Blocking his nostrils so that he has to swallow to breathe.  My back cramps.   I try to stretch while keeping my hands in position.  We take a break.  We go back to it.  Pulling the nipple in and out.  I blow in his face.  He does fairly well for never drinking from a bottle and being so weak.  After 45 minutes, he’s got 2/3 of his allotment down, and I let him stagger to the end of the shed and lay down.  We’re both tired. 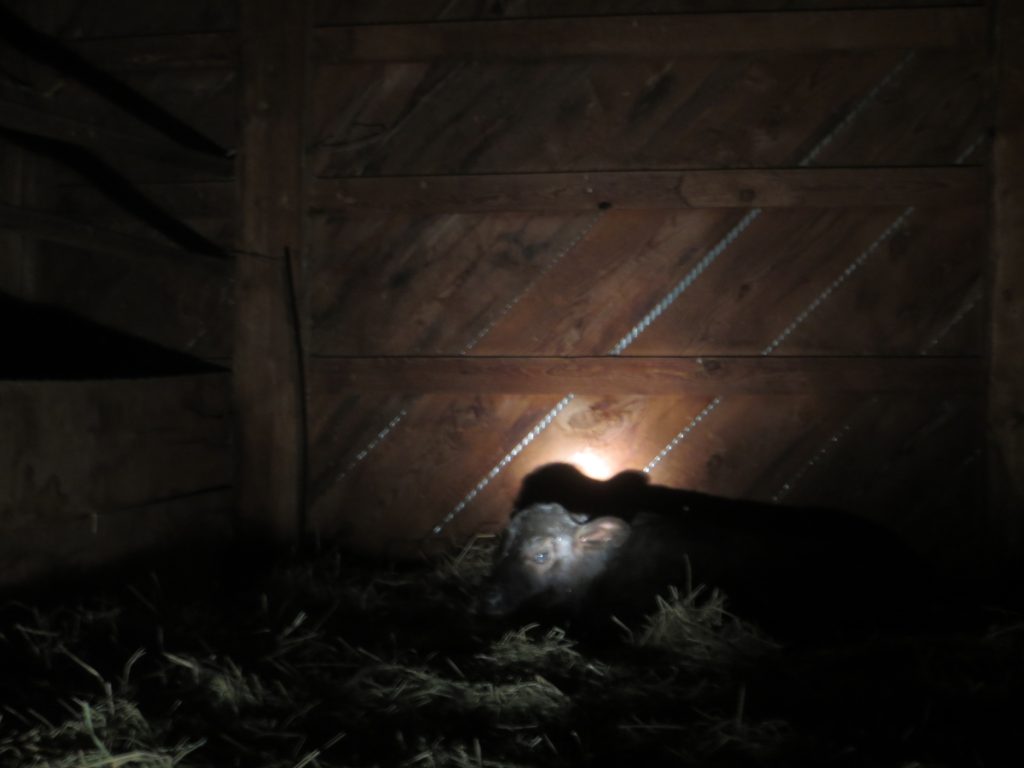 Vernon has to get up early and will try to feed him again.

I’m about to leave for work when Brandon returns.  “Did he drink?”

“Yeah, sucked the bottle down in no time!”

That’s great news!  I get the rest of the story when I’ve returned that evening.  Brandon hauled him back to his mom.  “He tried to suck any cow that would let him close enough!” Brandon laughed.  “It took me a bit to find his mom.  When I got her there, she was a bit tight, and when he grabbed hold, she let him have it pretty good a time or two.  But he got right up and went back to eating.  Saw him eating again a bit later, too.”

We were lucky with that one.

It breaks our hearts when we lose a calf.  We get all mushy inside,  and we swallow hard, and we move on.  But when things go right, and we save a calf… there’s big smiles, and back slapping, and a scruff on a (not so) small black nose, before we let them go back to their mommas.