It was time to move the chicks… they’ve outgrown their little pen in the wood shed!  Since I also still have my older chickens, I moved the young ones out to the milking shed, and avoided any conflict between the two ages.

I had help today… 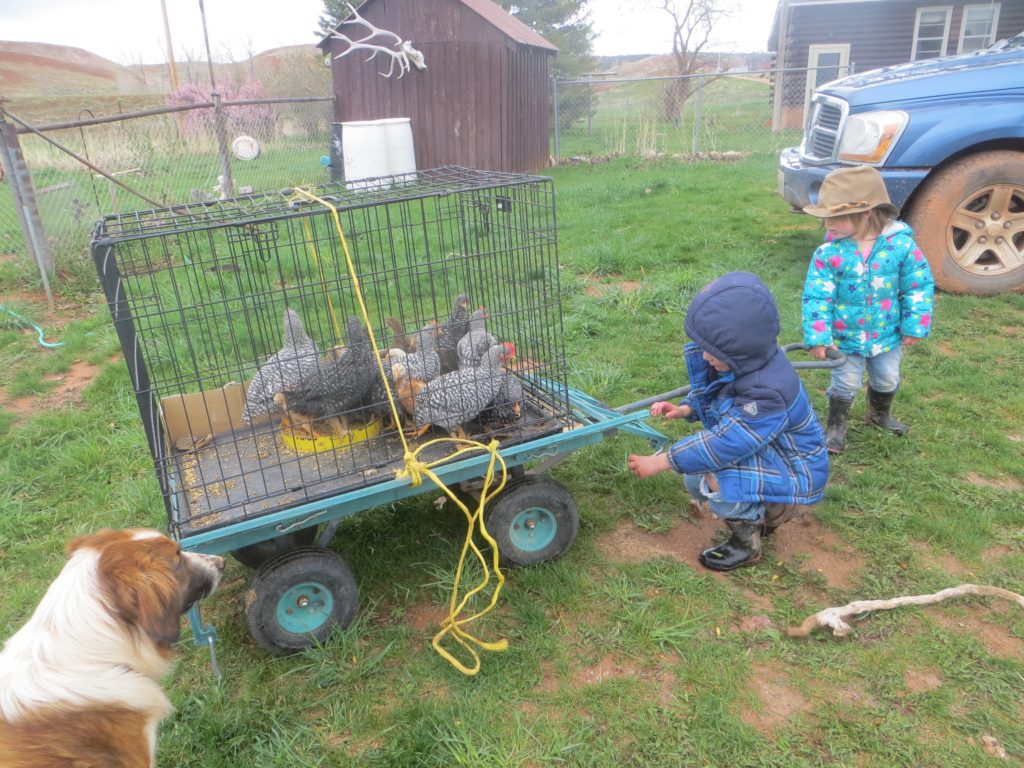 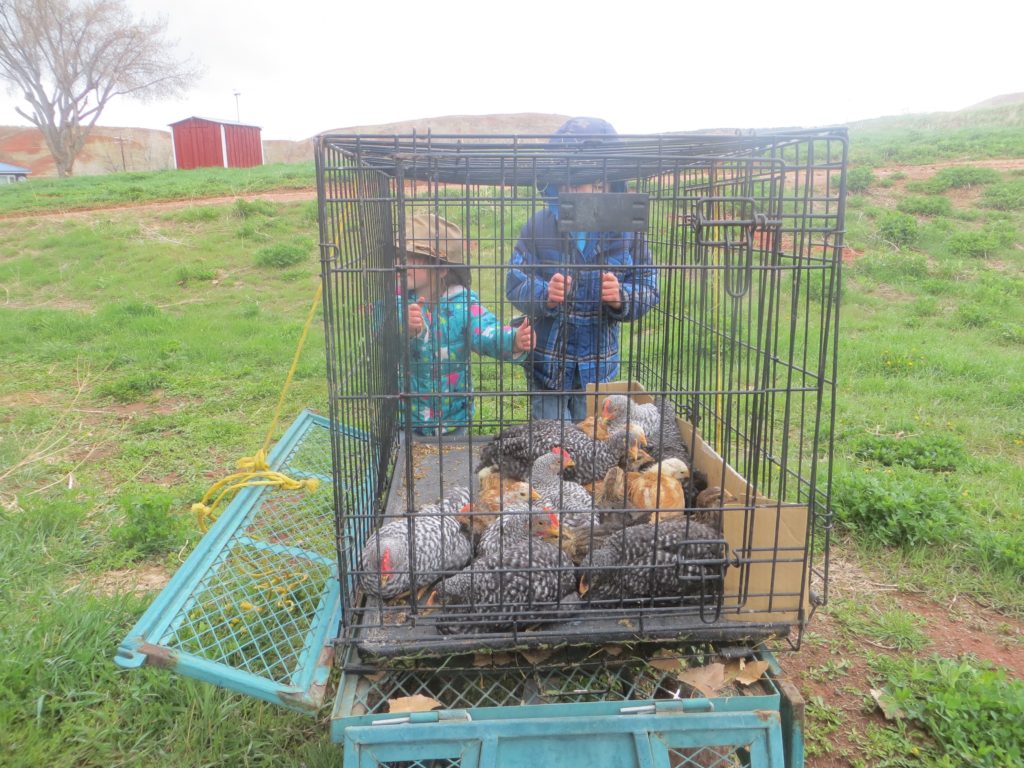 The were very funny as we wheeled them along.  I assumed they’d panic, they hunkered down instead… 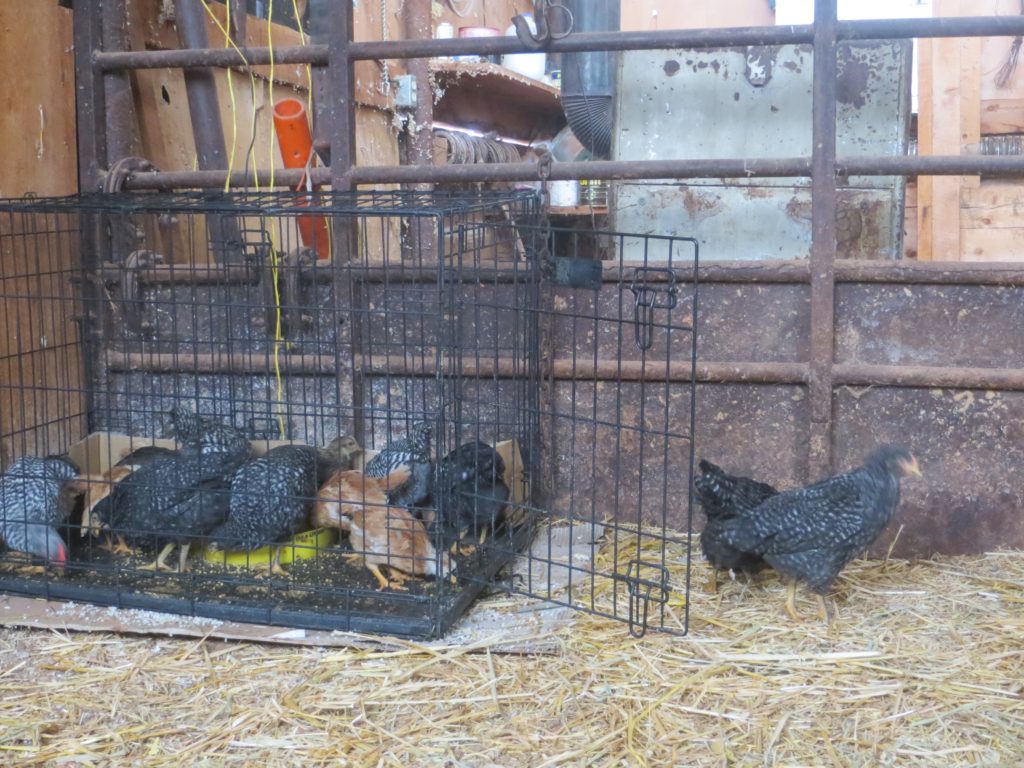 Lots of room in here… come on out, girls! 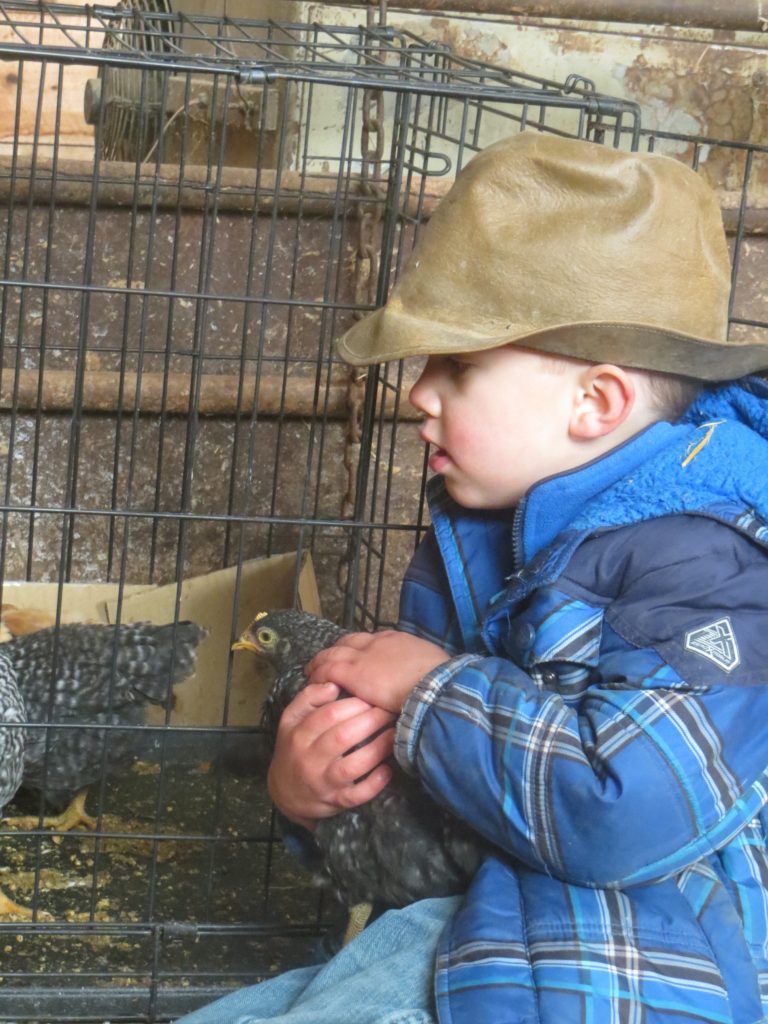 Quinlan just would walk up to a chick, and pet it, and pick it up.  They were pretty agreeable for not being handled very much.  I still have 19, and at one point, Quinlan asked what their names were, and I told him they didn’t have names.  He rattled off a list of singsong words, Pick, Pock, Peck, Jet, Jip, plus more… pointing to each one in turn.  So… they have names. (not that I can remember them, even now) 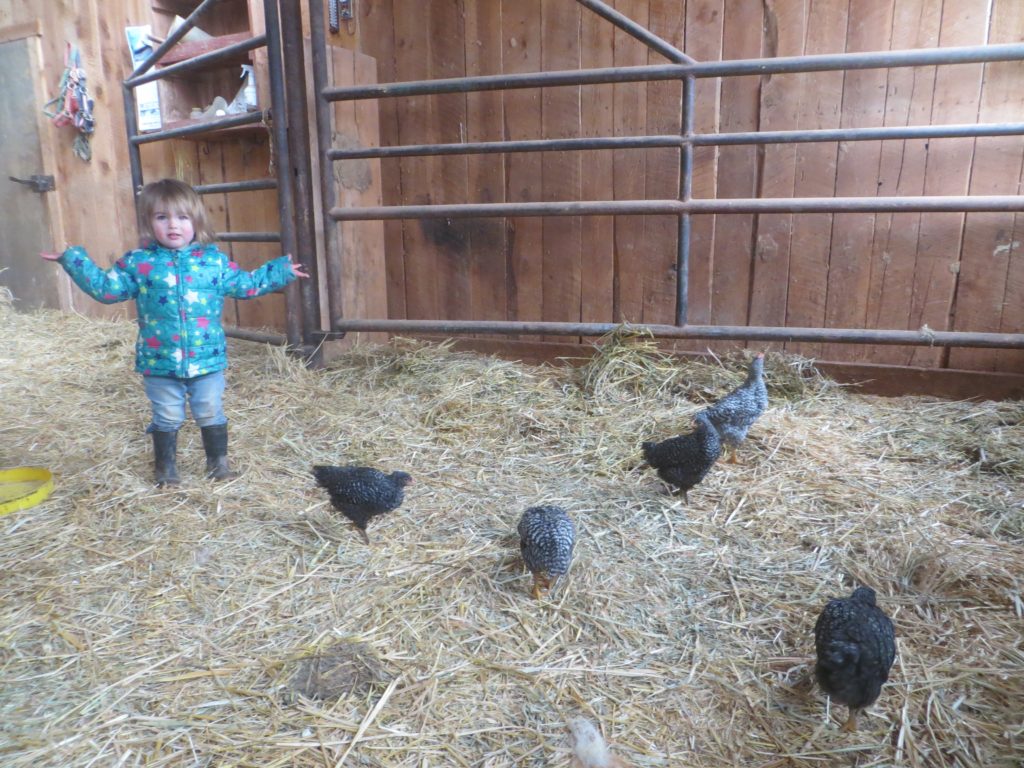 What more could they want?