Two Canada geese watch the Nowood River as it rises with flood waters.  One is probably on its nest.

The southern half of Wyoming has been slammed with rain and snow, flooding in towns, closing the Interstate.  We received only 1/100th of an inch of rain even though much more was predicted.  We’re very grateful as we watch Alberta burn and Southern Wyoming flood. 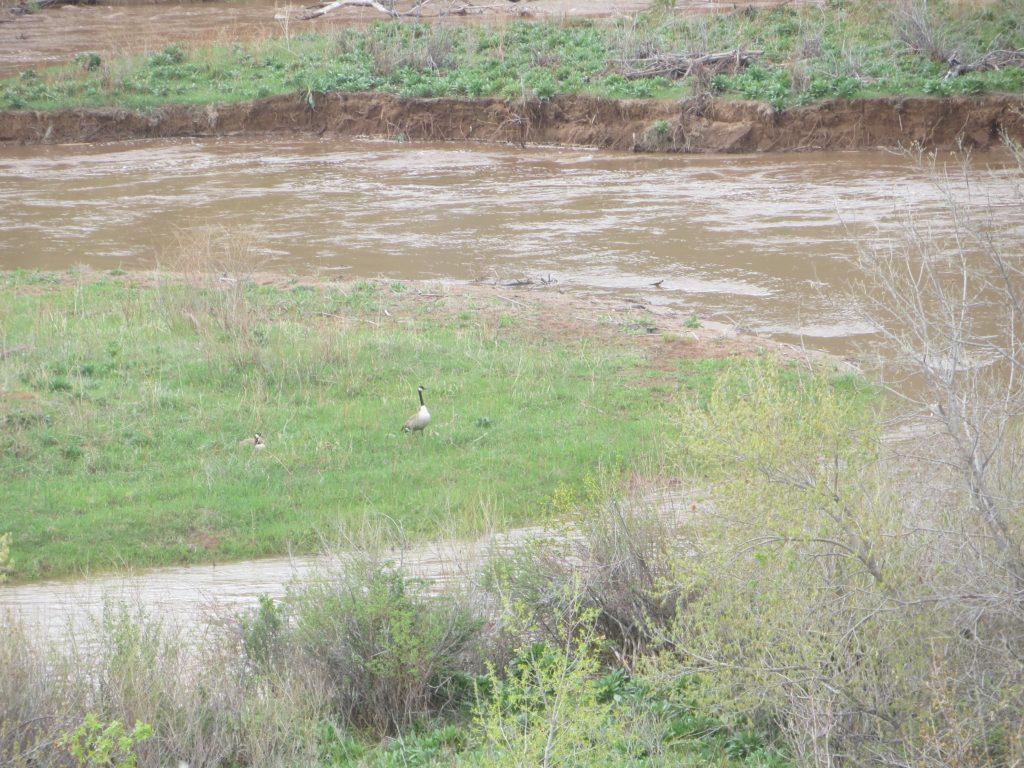 Yes, I’m overdue to answer my next Q&A session, but I wanted to share with those of you who don’t read this on Facebook, that I am starting to do live posts on Facebook.  Getting followers on Periscope was very difficult, I didn’t post regularly… and I’m restricted to my house’s wifi… but with the established followers on Facebook, I had 238 views on my first video and reached 503 people!  That is amazing!  If you’ve been thinking about falling into Facebook, I encourage you to do it, and follow Red Dirt In My Soul as well!  I will be having some kind of giveaway over there too, just in case you need more incentive.  (I know that leaves you non-Facebookers out, so we will have to do something too!)