We were at the edge of the storm… only a trace of moisture and wind gusts up to 41 mph.  Most of the storm went north… then we got the call from Daniel.

I repeated back what I could gather from the message and received an affirmative.  I was on duty.

I buzzed to the Fire Hall and climbed in the old Jeep.  I mean OLD.  1940something. It goes slow, but that thing can get you just about anywhere.  The guys had run to the fire on their fourwheelers, hoping to get control while it was still only a tree or two with the lightning strike.

I look at the Jeep’s dash.  It’s been a while… There’s the ignition switch, and the starter button.  Took me a while to find reverse… and other gears may have been found with some grinding involved…

I hit the highway and find the top speed of 45 mph.  That wind gust at home was almost as fast as the ol’ Jeep’s ultimate cruising speed… I pull into the place down the road where “someone” was going to meet me. I climb out and glance down… flat tire.

Way to go.  Carol was coming to the rescue and then… not so much.

Luckily the shop was there.  Even luckier, M. showed up.  Then there were impact wrenches and air compressors and much faster than I could have done it… a somewhat iffy spare tire was in place…

By the time we were loaded up again and going, Vernon appeared and intercepted us.  They’d knocked the fire down, and the mop up crew from the BLM that was coming was sent to the wrong fire.  Daniel and M. would take the Jeep, wet the trees down, send the long/lat to the BLM and they could check it tomorrow.

I was promptly sent home.  Bummer.  So much for coming to the rescue…

But hey, there was an amazing sunset… 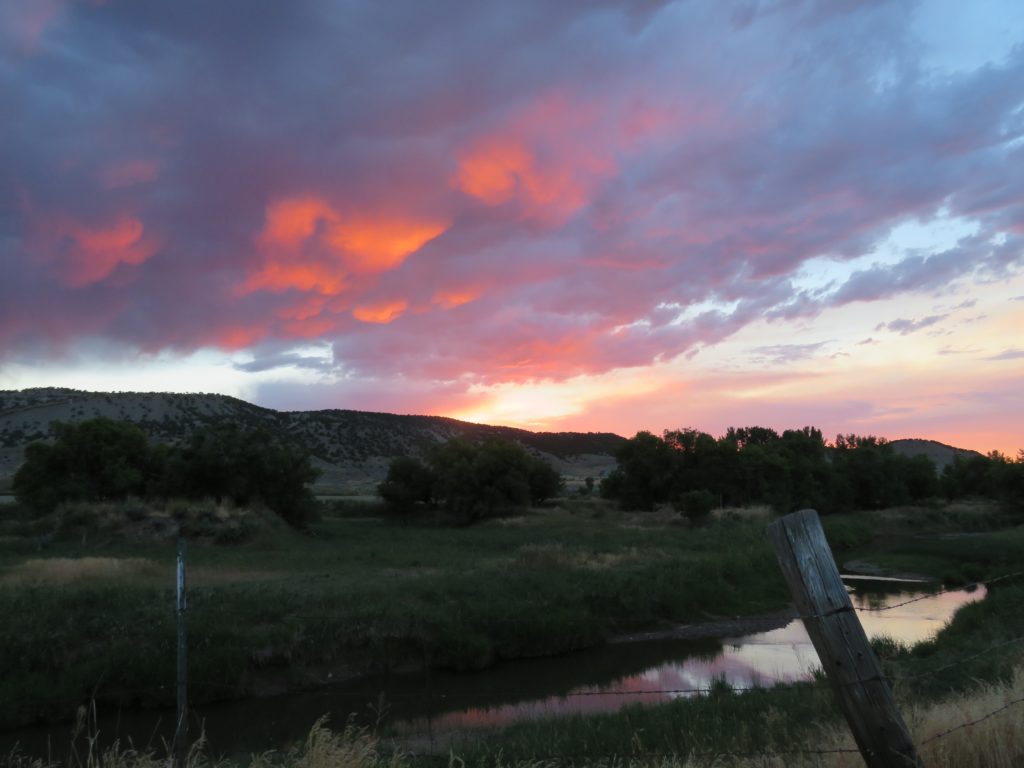 8 thoughts on “To the Rescue”