Ah, well.  There’s still a good chance for rain tomorrow.  A chance for snow above 8500′.  And it’s supposed to be COOL.

It did give me a chance to see that this, a project from a few weeks ago, will actually work… 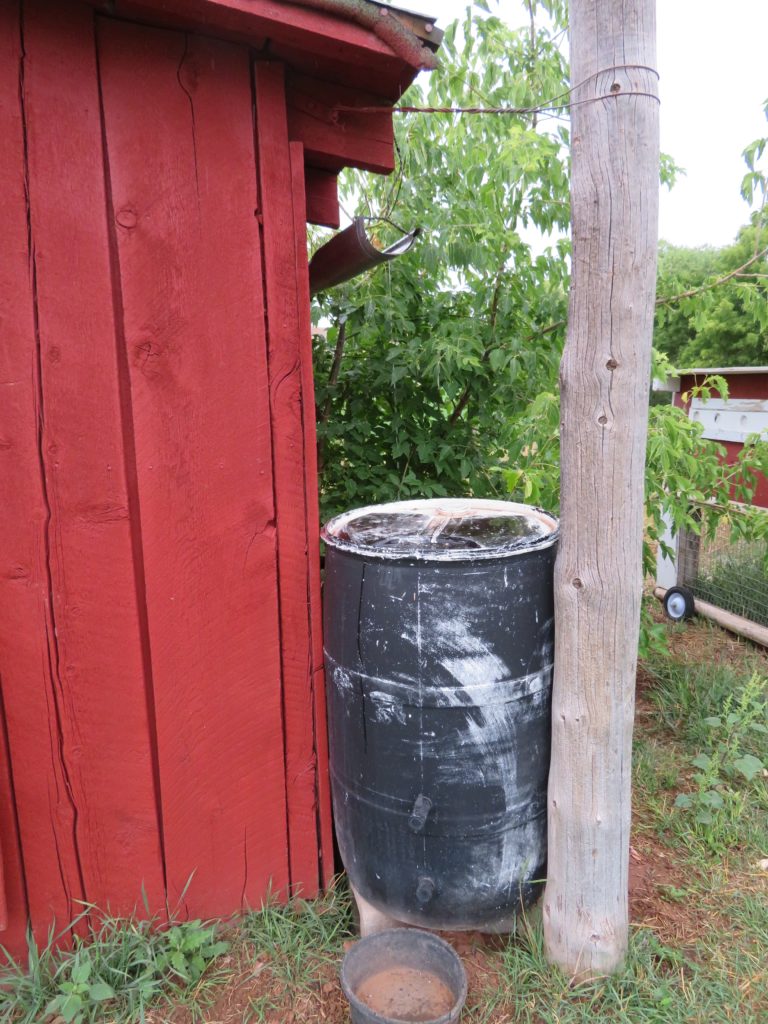 I’ve had the rain barrel for a couple of years, purchased from the Conservation District.  Sometimes, my chickens need extra water: sometimes it’s very hot, or the hose isn’t close, or I’m in a rush.  This will help me until freezing weather hits.  I had actually planned this to be a shower barrel for my studio, that’s why I painted it black, to absorb heat.  I don’t think I will ever follow through with *that* plan, so now it’s a chicken waterer rain barrel!

The other accomplishment today… 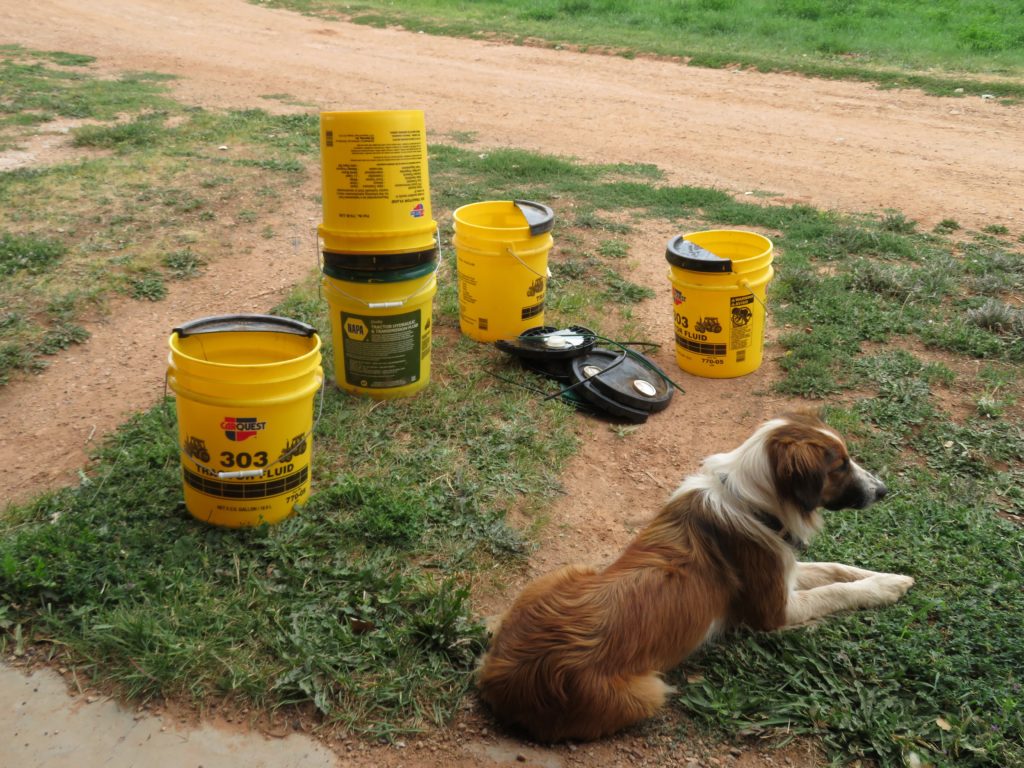 Steal 5 five gallon buckets from the shop… cut the lids. 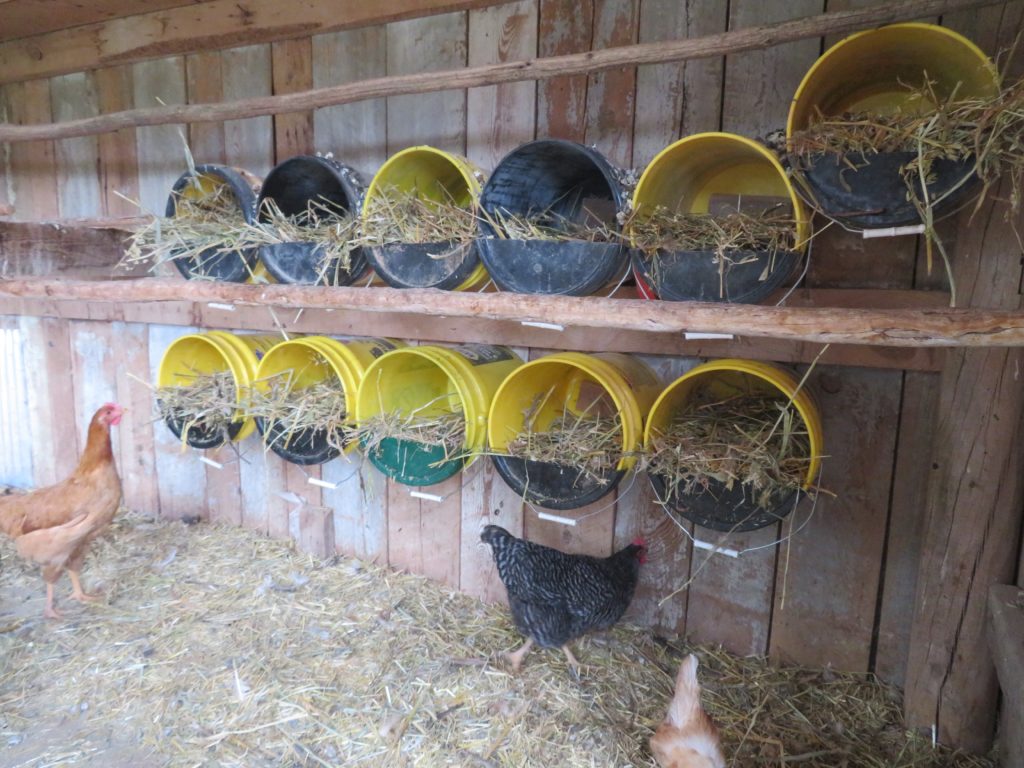 And, voila! five new nest boxes in the chicken coop!

This row I spaced them out so they aren’t touching.  You can see how the top row catches some chicken poo back when they preferred to try to stand on them instead of the roost.  I’m getting six or seven eggs a day now from 16 hens.

The chickens are also banned from free ranging until they learn to use the nest boxes like Good Little Chickens should.