I have to say that the induction ceremony for the Wyoming Cowboy Hall of Fame was bigger and more impressive than I expected.  This is only its third year of operation, and I can see that this will continue to grow.  They hope to purchase a building at some point, so fundraising and memberships plus auction items that day are all worthwhile.

They had some impressive food displays. 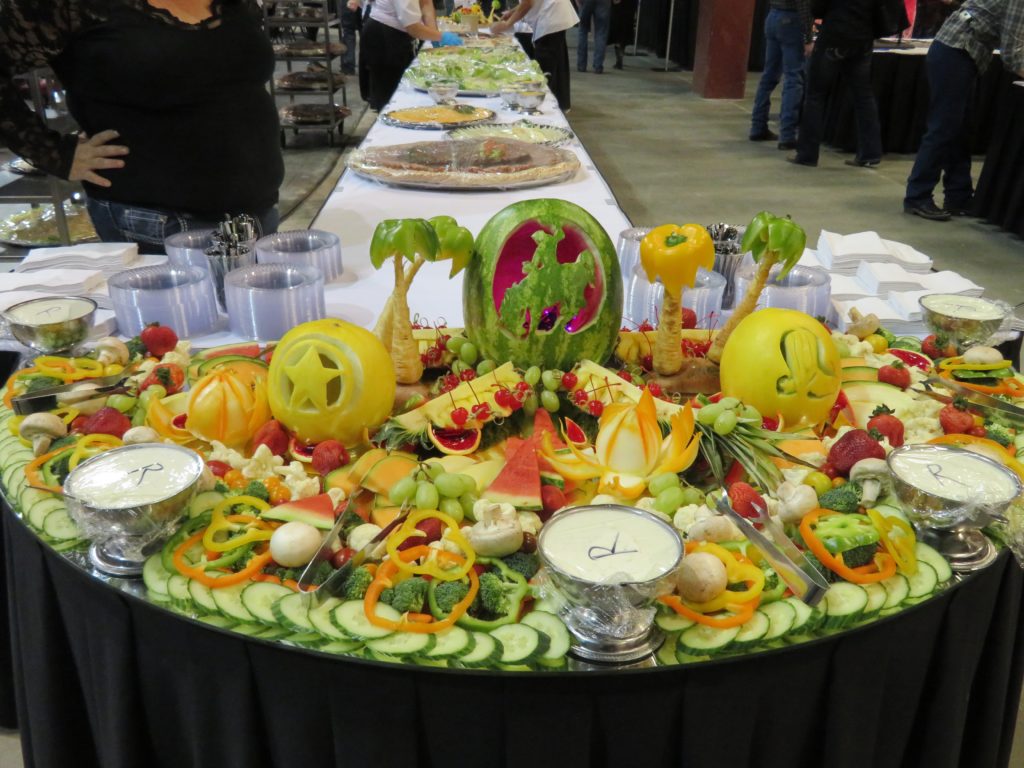 The girls thought we should do this for branding dinner… ha!

They had many tables full of cool stuff for the live and silent auction. 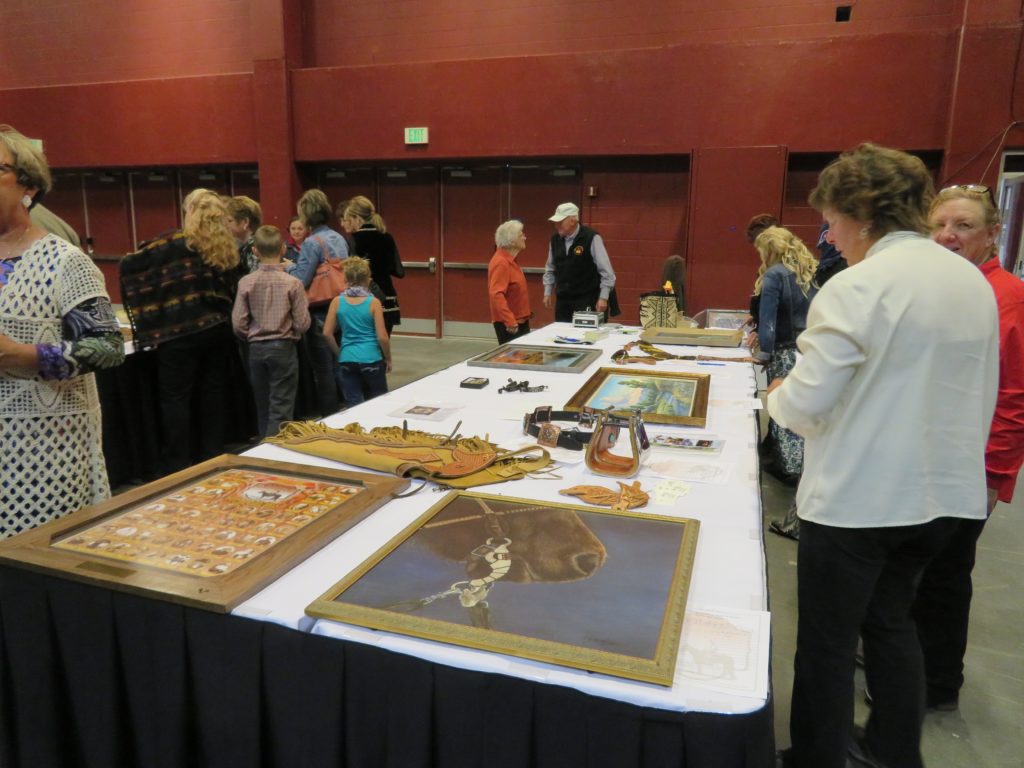 And, yes, that is a *painting* in the lower right hand corner…

I spent a lot a money at the branded merchandise counter… 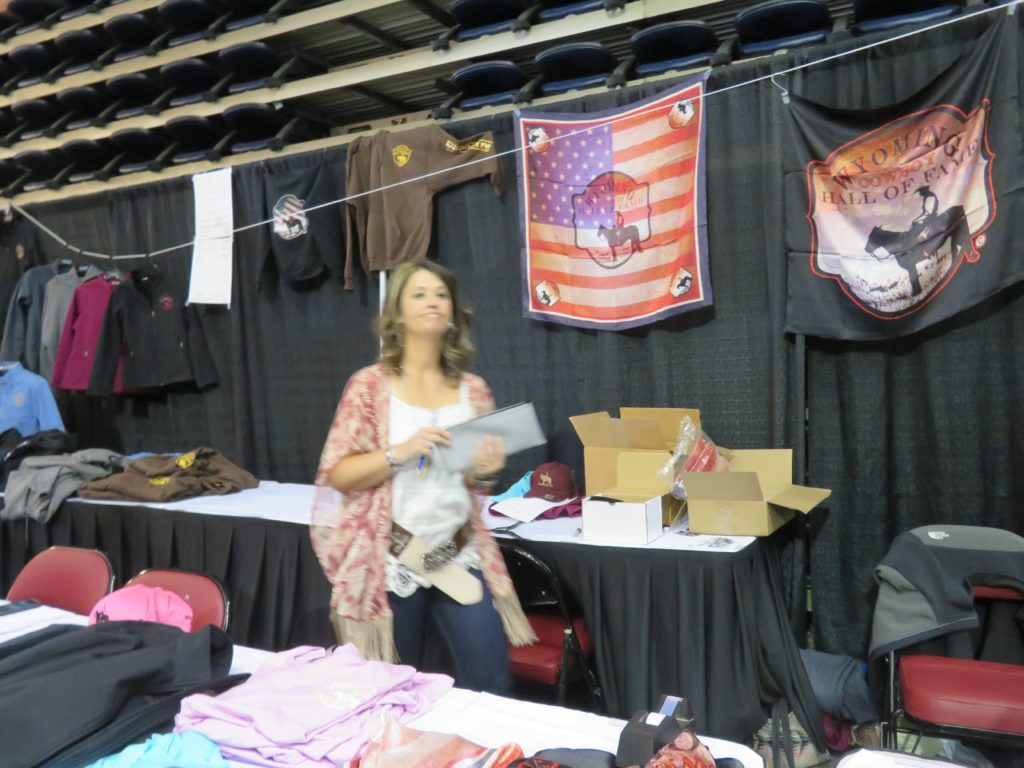 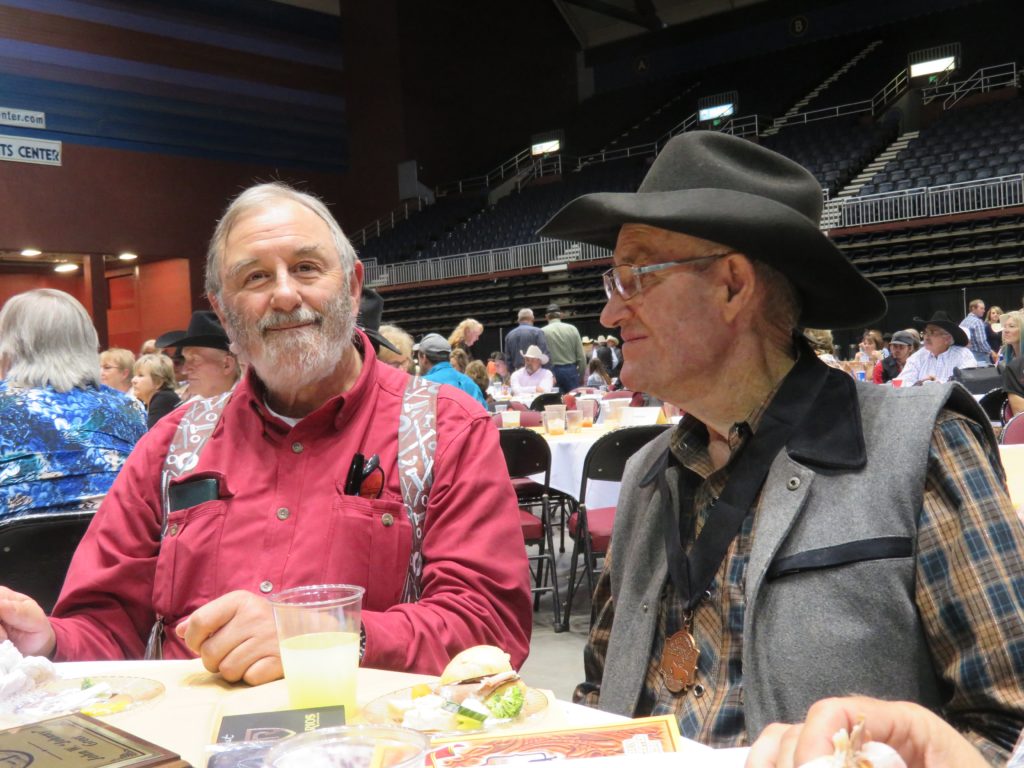 Thanks to P. K. for nominating Johnny in the first place.

The only problem I saw… was that in the big printed program and on the frame worthy large poster… it wasn’t Johnny’s photo AT ALL.  P.K. had nominated another local, B. B.  Somehow along the way, B.B.’s paperwork was lost, but B.B.’s photo was attached to Johnny’s bio.  Soooo… It tells all about Johnny, but the picture isn’t his!  We laughed, I mean, what could we do?  and we knew B. B. would get a kick out of it!  We just told Johnny we’d submit B. B.’s name next year, but attach a photo of Johnny to even things out.

At some point in the program, they listed one of the inductees as dying in 2003.  He went up to the announcer and laughingly told them he was still alive, and happy to accept his award! “Welcome back!” cried the announcer!

“See, Johnny, it could have been worse!  At least they didn’t think you were dead!” 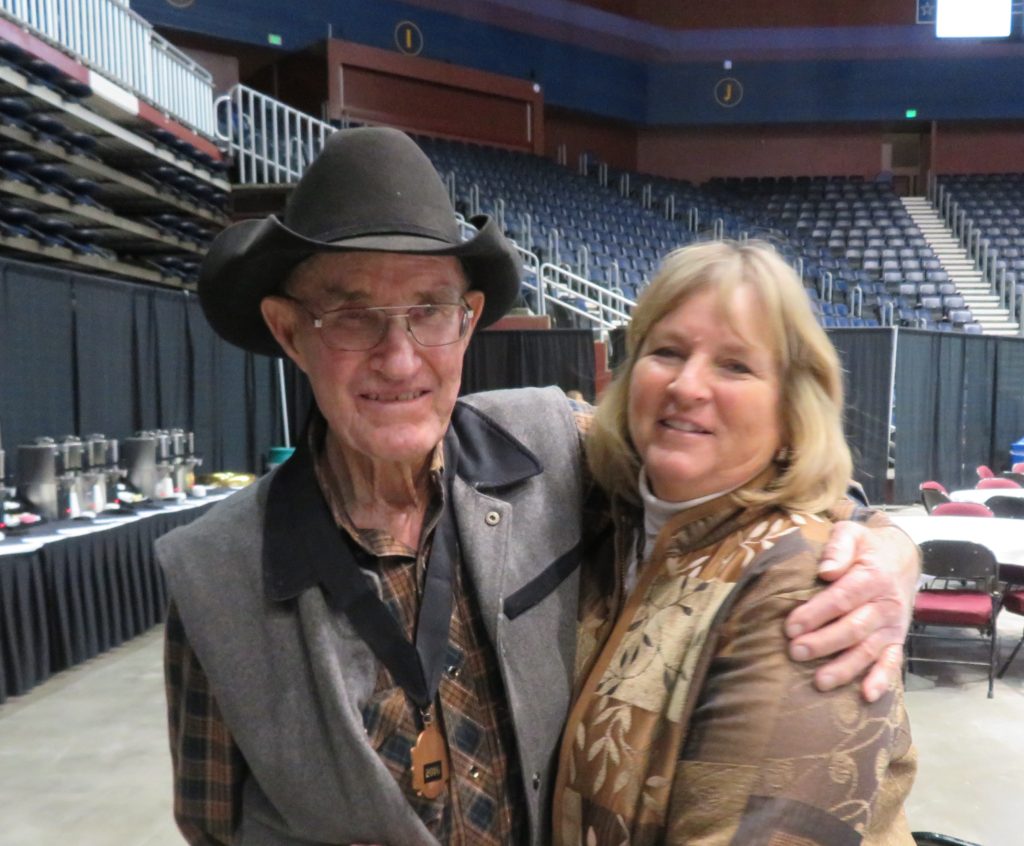 P.S.  Wyoming Cowboy Hall of Fame…. his birthday is Christmas Eve, not Christmas!  That’s *MY* birthday!