Victoria and family arrived last night and my internet was acting up, so I quickly conceded defeat about posting and went to bed!

This morning, I jumped right in the middle of things, getting the grandkids to help feed the chickens, play in the new shop, maul the kitten, haul wood, and clean my garden a smidge, and then putting Matt and Victoria to work lifting and carrying my big flower pots to the garage.  The dogs found some mice hiding in my garden… and I let my chickens in to clean up the mess of frozen tomatoes left behind!  I cut off some sunflowers and we gathered the seeds, brined them, and dried them up!  I *did* burn the second bunch… argh… all that work and then I burned them in the oven.

Of course, I was off doing something else… We were going to celebrate Jaxon’s birthday a little early with pizza and cake tonight.  A few weeks ago, his poor little stick horse had a major wreck and his head was split in two.  I had decided to have it repaired by today.

After a close look, I decided it would be almost easier to make a new one than try to repair the old one… and then Victoria mentioned Matthew didn’t even *have* a stick horse… and that he’d been using a golf club as a stick horse.  Well, OK.  Challenge accepted.

I was ten minutes late to the party… but Jaxon has a new stick horse… and so does Matthew.

(The cake:  Jaxon wanted a gun on his cake… he got it!  And the cake is a target with bullet holes in it!) 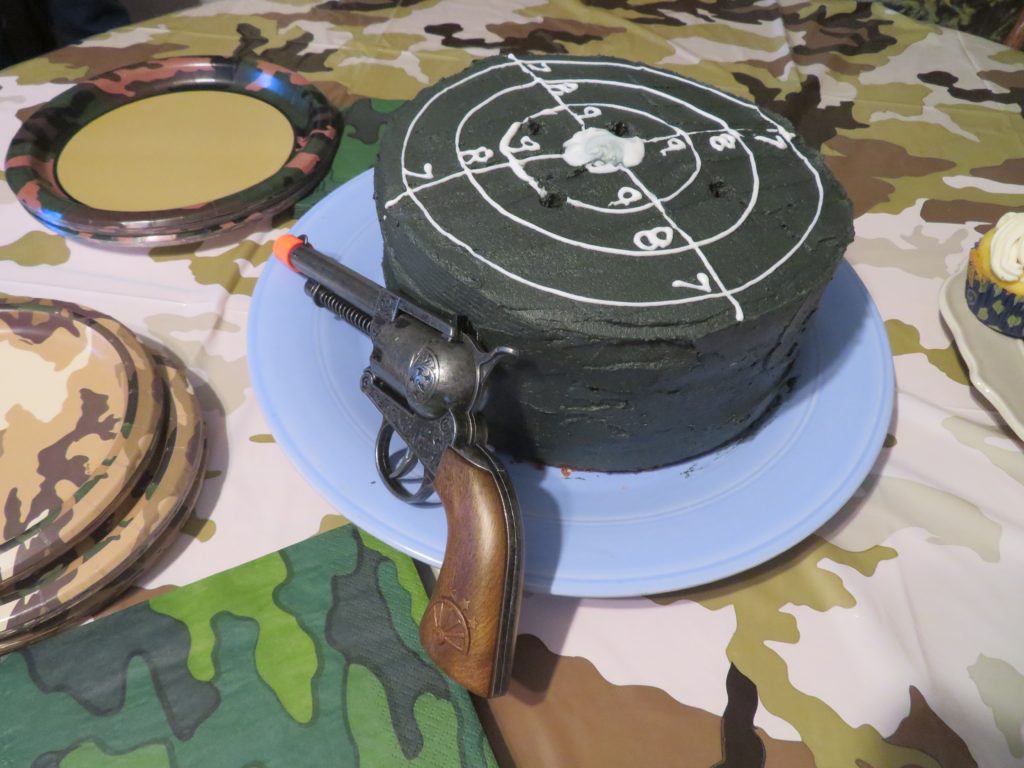 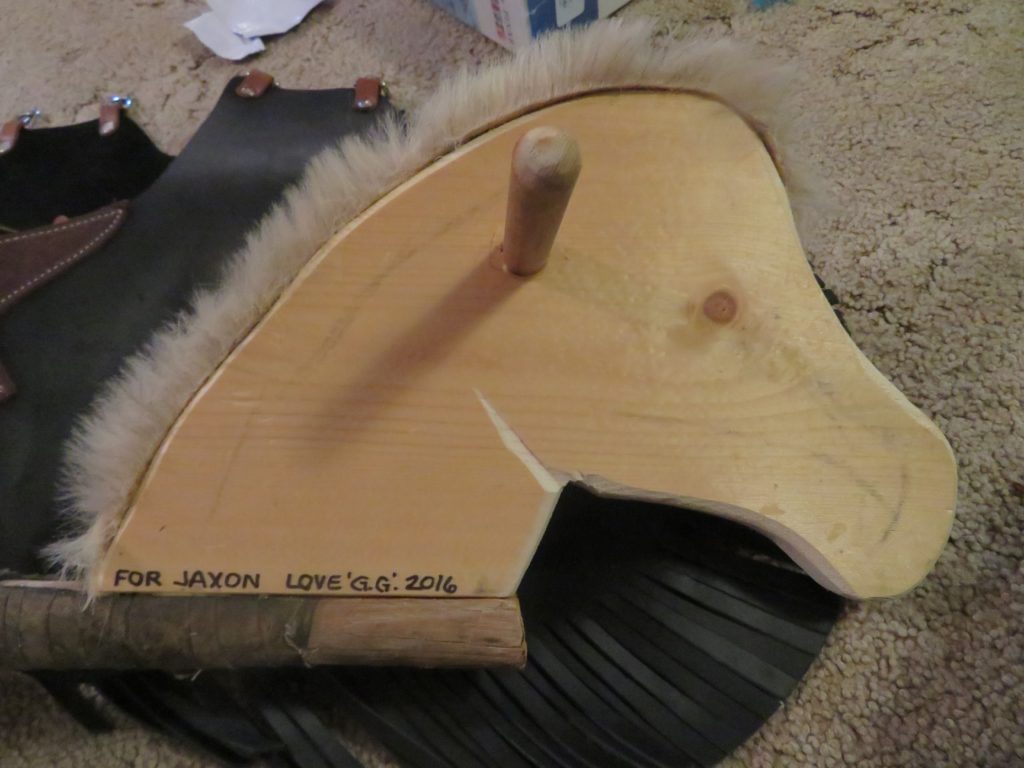 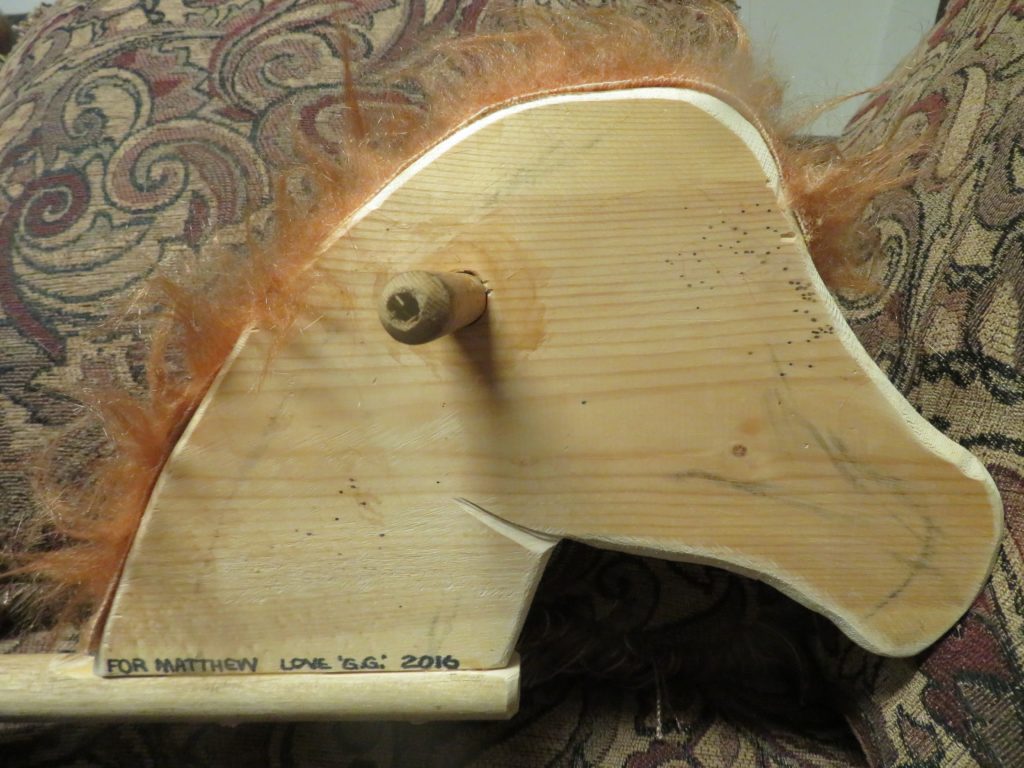 They seemed to be a hit with both boys.  This is the best pic I could get of Jaxon on his… his new horse just COULDN’T stand still! 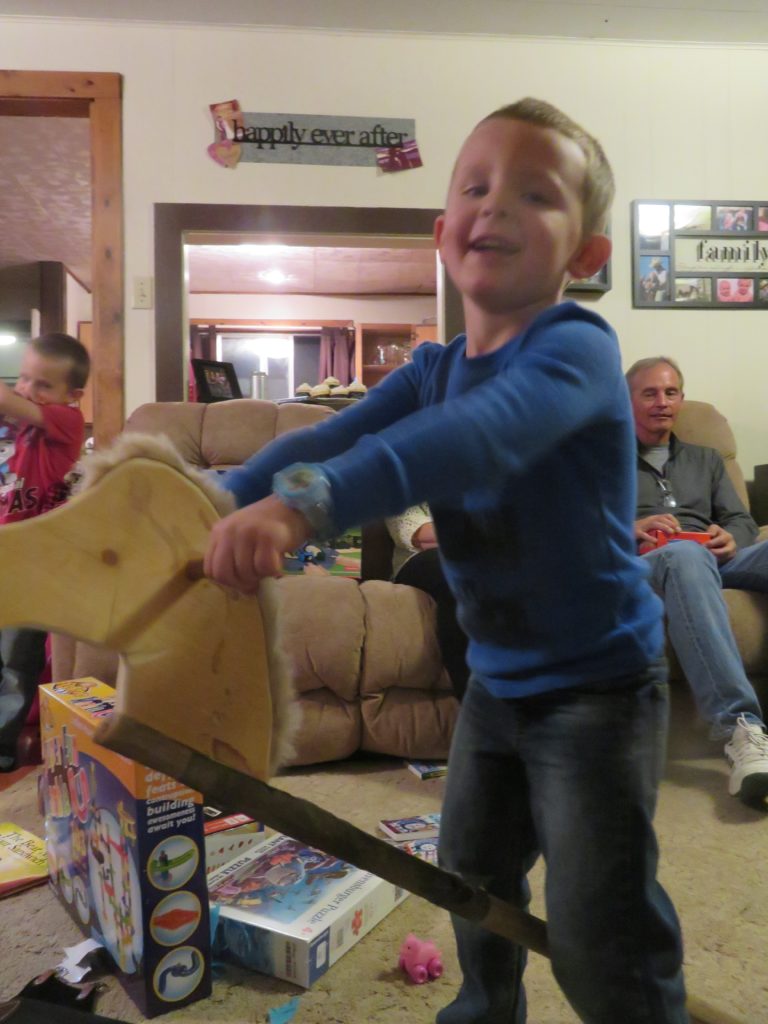