Trying to clean and cook and accomplishing neither.  So I did what all good procrastinators do… I went and helped the guys with the heifers!  Besides, it had gone from grey and gloomy to a nice, sunshiny day… and I don’t wanna cook when it’s nice outside! 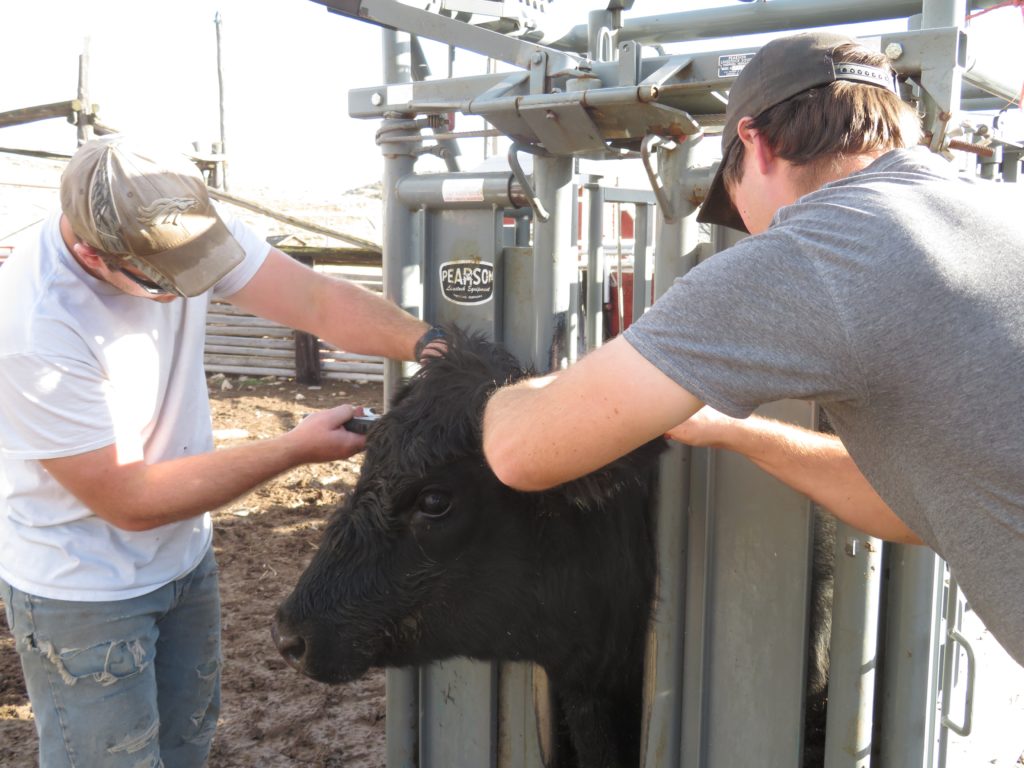 The boys had already processed many of the heifers… they had the procedure down pat.

Daniel cuts off the back of the old tag, and removes the entire tag they’ve had since they were born.  It had their momma’s number on it, but now they get their own number.  A new, large, clean eartag is inserted.

Brandon is the tattoo “artist”, tattooing their new number into their ear.  First, he rubs green ink on the ear, then dials in the correct number on his applicator.  Needles mark out “506” or whatever, he squeezes the applicator, then rubs the ink around and into the needle holes.  Ta-da! They’re inked!

Daniel continues the process by branding a 5 on their hip. 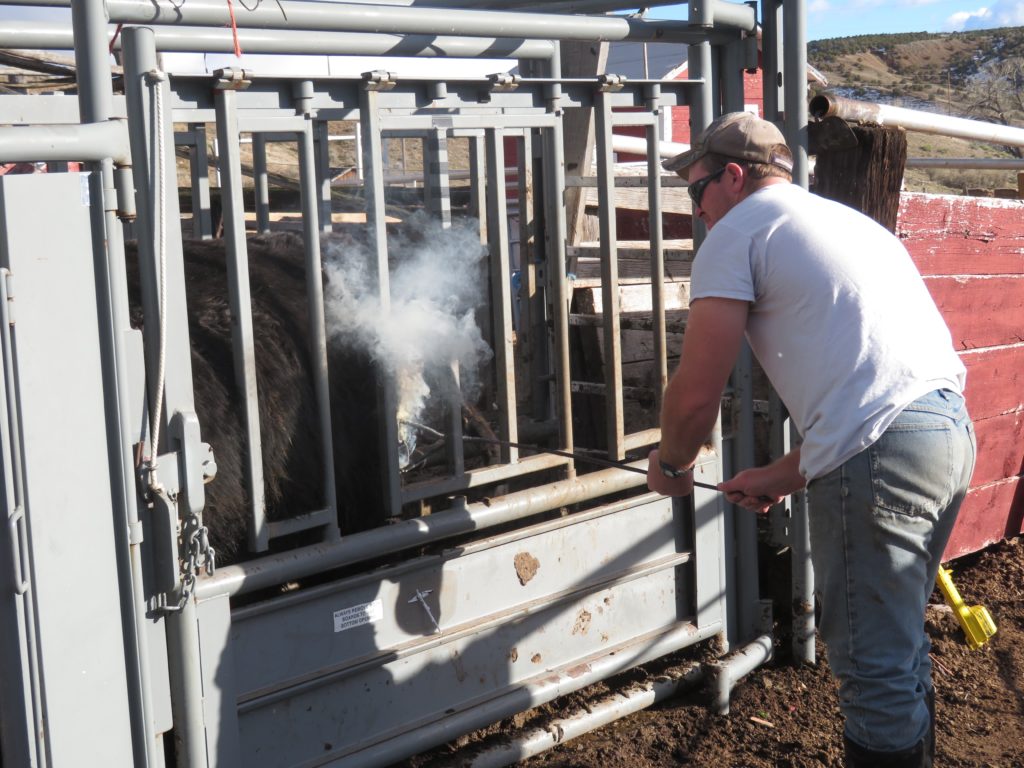 It seems like a lot of things to do to insure their identity… but think of it this way.  You have an id.  You can prove it, right?  You have a Social Security number, a driver’s license number, an address, a phone number or two, and email or two… and you can tell people when you’re lost, and you’ll end up back home.  Well, last I knew, cows can’t communicate their id’s to people very easily.  So, we give them a brand and ear mark and age brand and tattoo and eartag and bang’s id.  Hopefully, if done right, they’ll find their way home should they be lost or stolen.  And, yes, cattle rustling is still a “thing”. 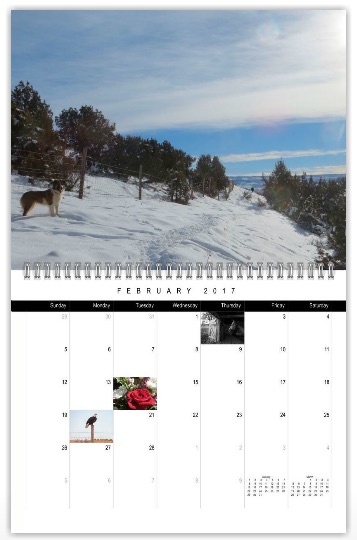 The February spread to my 2017 calendar.  If you’d like to order, just follow the link at the top of the page.