I decided to go out with Vernon and Daniel and check the water in the badlands.  The cows are out there right now, and all of their water tanks must be freed of ice.  All owners that have cattle out there rotate this job, so it makes the work load easier.

There also has been sightings of a wolf out there… including a supposed pawprint from just the other day, so with an inch of fresh snow on the ground, I was hoping to maybe cross his track as we drove on the big loop.  Odds would be against it, but I was armed with TWO cameras, just in case!

One thing was for sure… we saw a ton of eagles and antelope and sage chicken, one big mulie buck, coyote tracks… and cows! 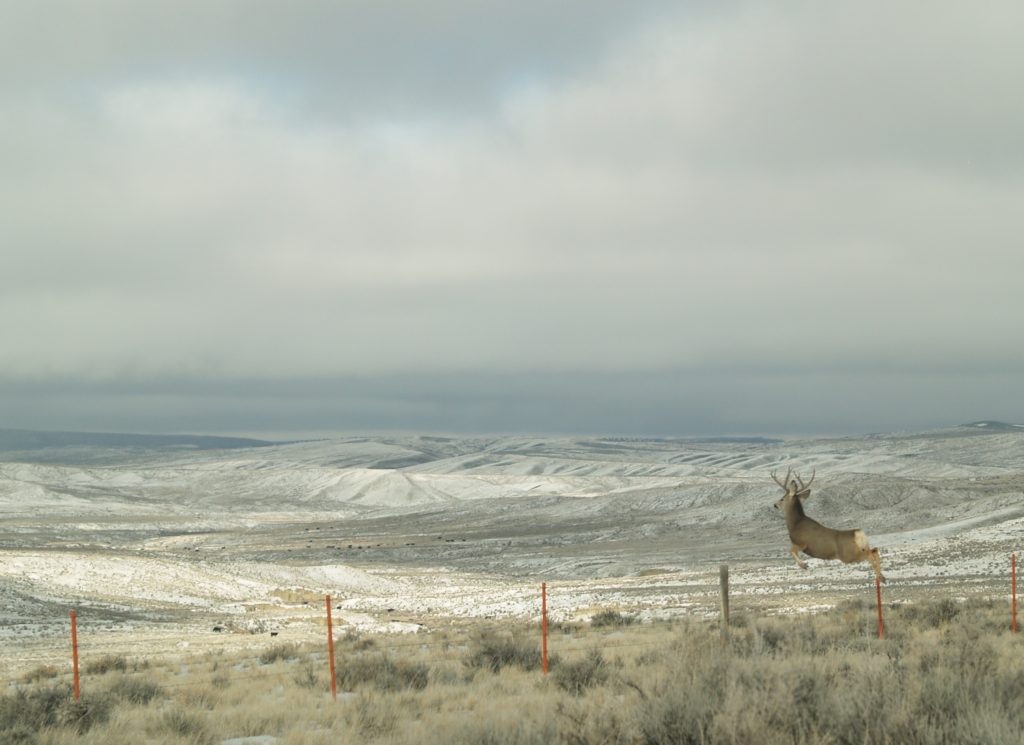 Jaxon went along as well… and one of my favorite pics of the day had to be this… Three generations working together! 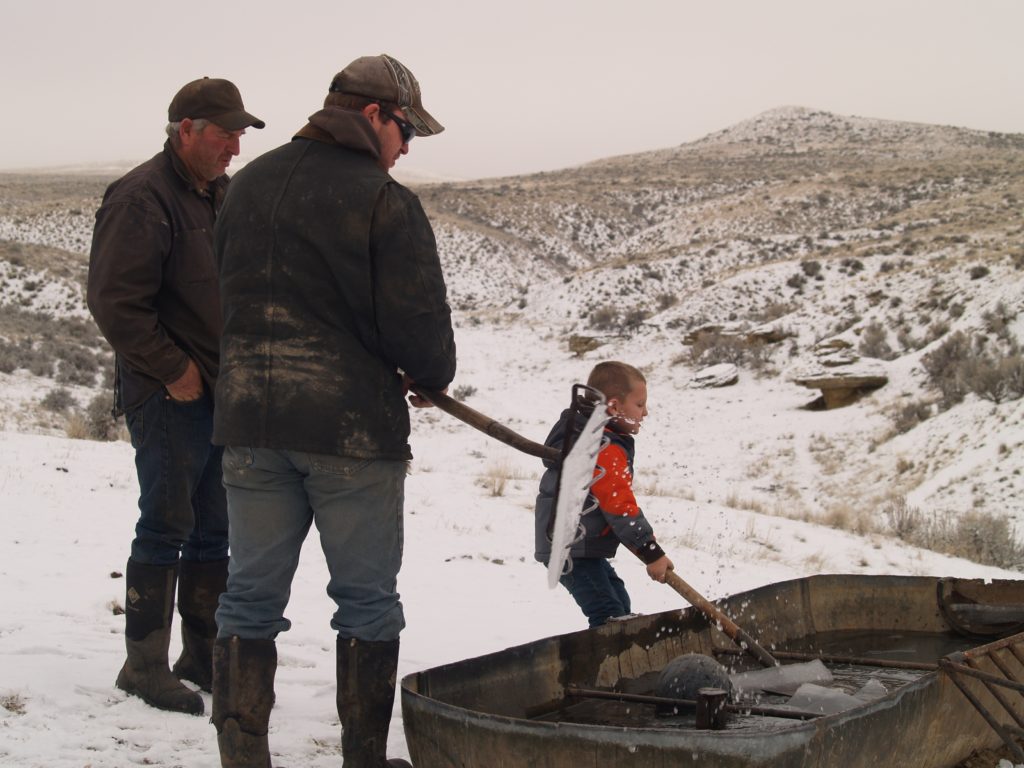 Although there hasn’t been a lot of snow, many of our young cows decided they wanted to come in, and were standing in the fence corner.  I volunteered myself and Eden to walk them out a ways.  Vernon said he’d come along as well.  I asked if he was sure… I hated to see him slip in the snow and pull his bad knee…  He assured me he was… and so we set off.  Twenty steps later, in my bulky Arctic Muck Boots, I stubbed my toe on a frozen cow turd and BAM! down I went!  No chance to put a hand out, no time for anything but realizing there was dirt and snow coming my way and I closed my eyes!!! Holy cow, I haven’t fallen like that for YEARS!  In fact, I think the last time that happened was when I was riding Willow and he got spooked and was just GONE.  I had no time to grab the horn or the reins, I just found myself looking up at the sky!!!  I managed to get a good case of whiplash out of that…  anyway… Vernon gave me a hand up and brushed off some snow and we kept on going.  I think my soreness tonight is partially from the two mile hike we made, and not just the fall!

I have many photos to share in the coming days… but none of a wolf or a pawprint… and that, in itself, is a Good Thing!