The guys are working on a project.  Since, I guess, the beginning of Greet Ranch, you’ve been met with a haystack as you drive into our place.  It’s also become the repository of some old equipment and a humongous pile of used baling twine and the rotting corpses of old straw bales.  Since the fence was simply normal height, for years, we have layered large straw bales around our hay stack trying to keep the deer away from our valuable hay.  It helped, but often they climbed on the straw bales to reach the taller hay stack.

It also only had one entrance, kind of a tricky turn for bad tractor drivers like me.  Pulling a long hay trailer, you had to swing really wide to make the gate.  Plus the fenceline was close enough to our corral, that on occasion, truck drivers loading or unloading cattle into our corral would accidently run into a fence post! 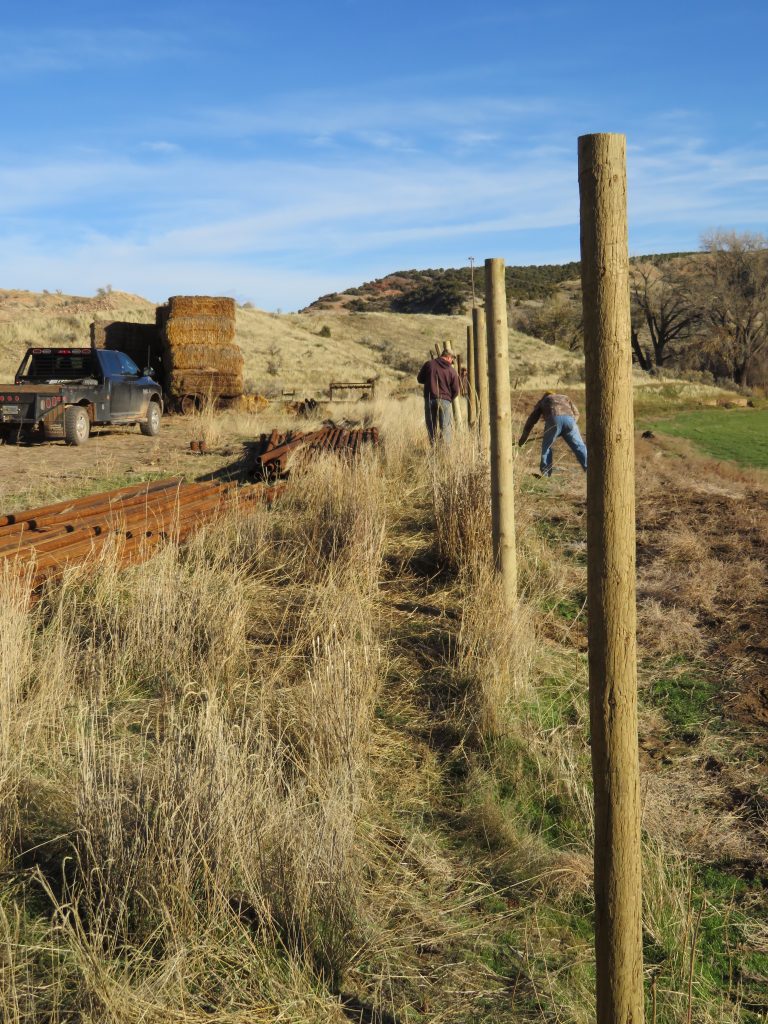 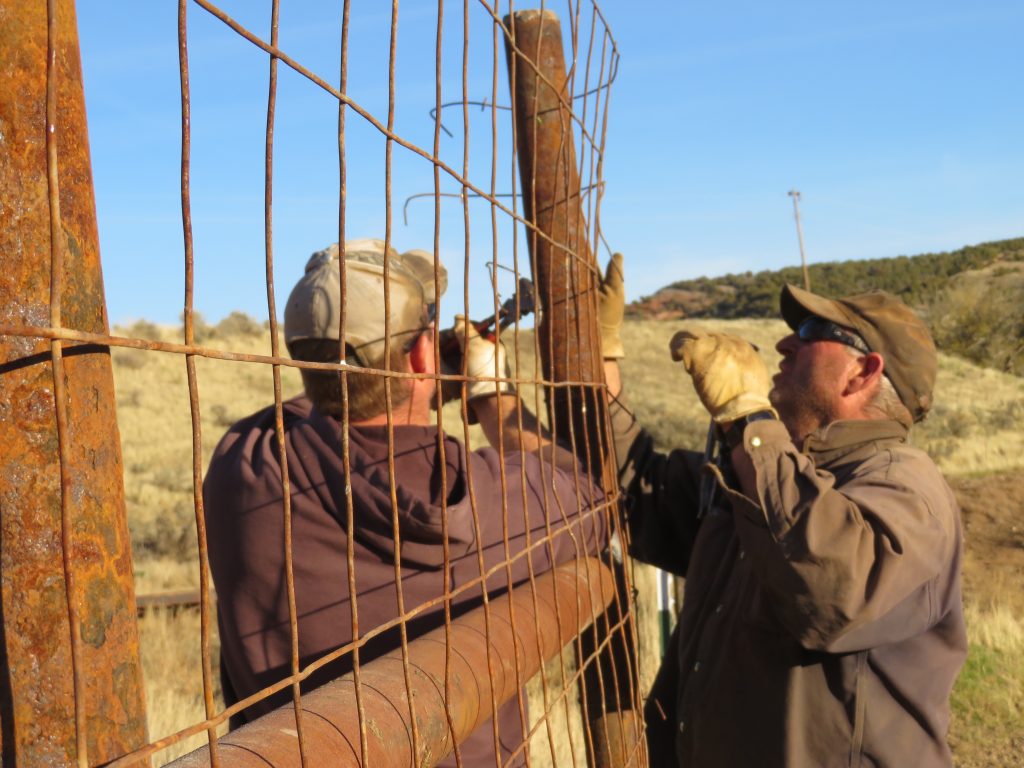 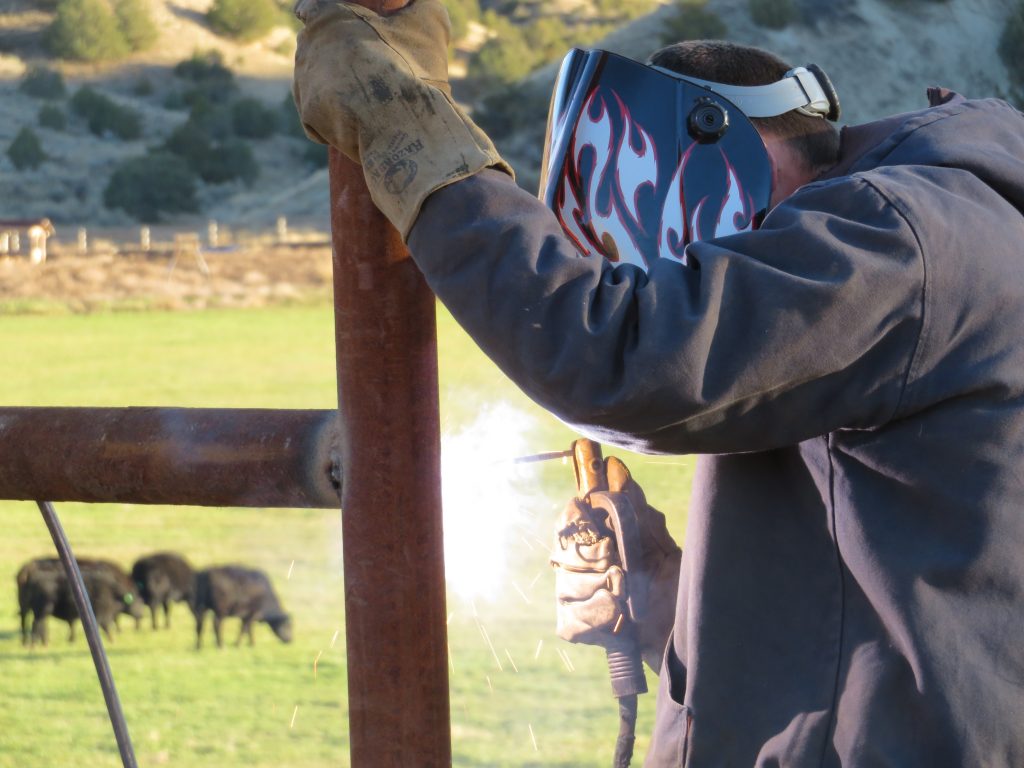