In among collected old photos was this calendar from 1965.  The photo’s caption is “Roundup Crew on Nowood River – 1908”.  While not directly linked to us, there are many degrees of interest here.

In 1908, the Greets were still on their homestead on Spring Creek, but one year later, they would move to our current place on the Nowood purchased from Joe Henry, the second man from the left.

Two other men in the photo would also have a significant year in 1909.  Charles Faris (pictured in the background holding the herd) and Herb Brink (third from the right) would both be embroiled in the Spring Creek Raid, to which the Greet Brothers were witnesses.  It happened the last night on their Spring Creek homestead before moving to the Joe Henry place. 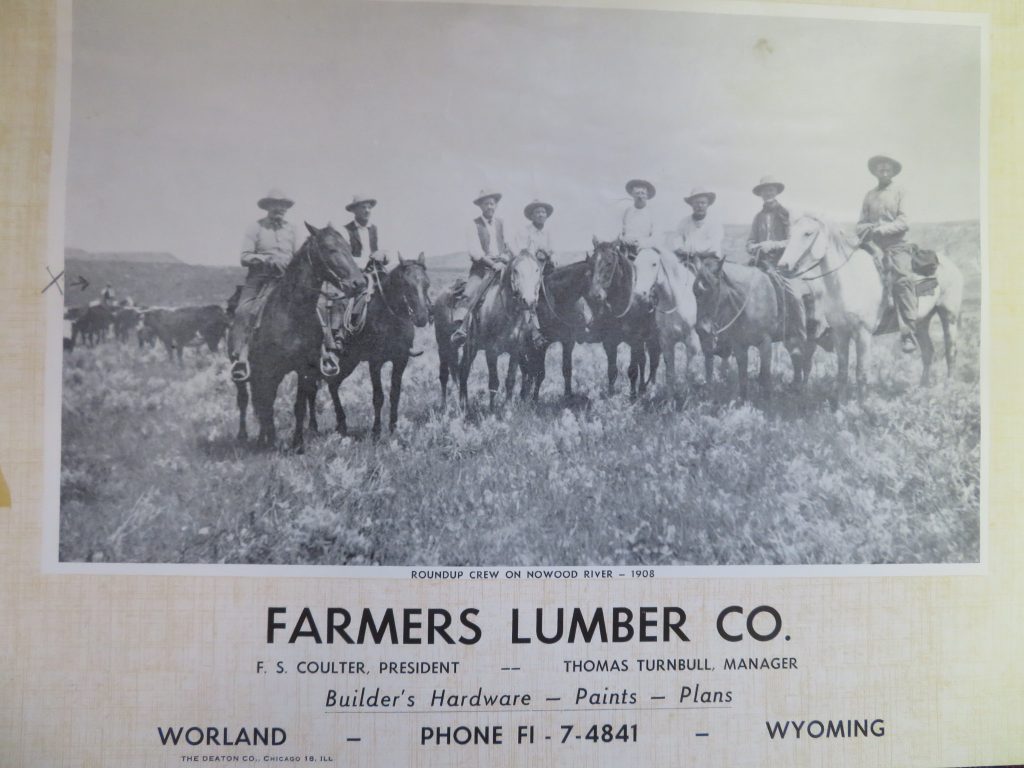