Vernon and I buzzed up the mountain the other night, just to see what it looked like.  It wasn’t a good choice… I wasn’t dressed warm enough, and the jolting of the side by side made my jaw ache.  I didn’t really enjoy it!

On the way down, we noticed a dog.  It was a hunting hound, with GPS tracker collar, and he acted lost.  We figured his owner was out looking for him, so we didn’t stop.  There was nothing we could have done with him anyway… Lucas and Eden already filled the back of the Rhino, and putting a strange dog back there with them would have been a very bad idea.

We’ve had people pick up our ranch dogs before… and although I realize they think they’re helping a poor lost puppy… usually the dog knows where he is, where he’s going, and/or we will be out looking for him soon.  Don’t haul him clear to town!  So, yes, we left the hound, not knowing if his owner was just over the hill.

However, when the same dog shows up at my house the next day…

He was fed, watered, and his owner contacted! 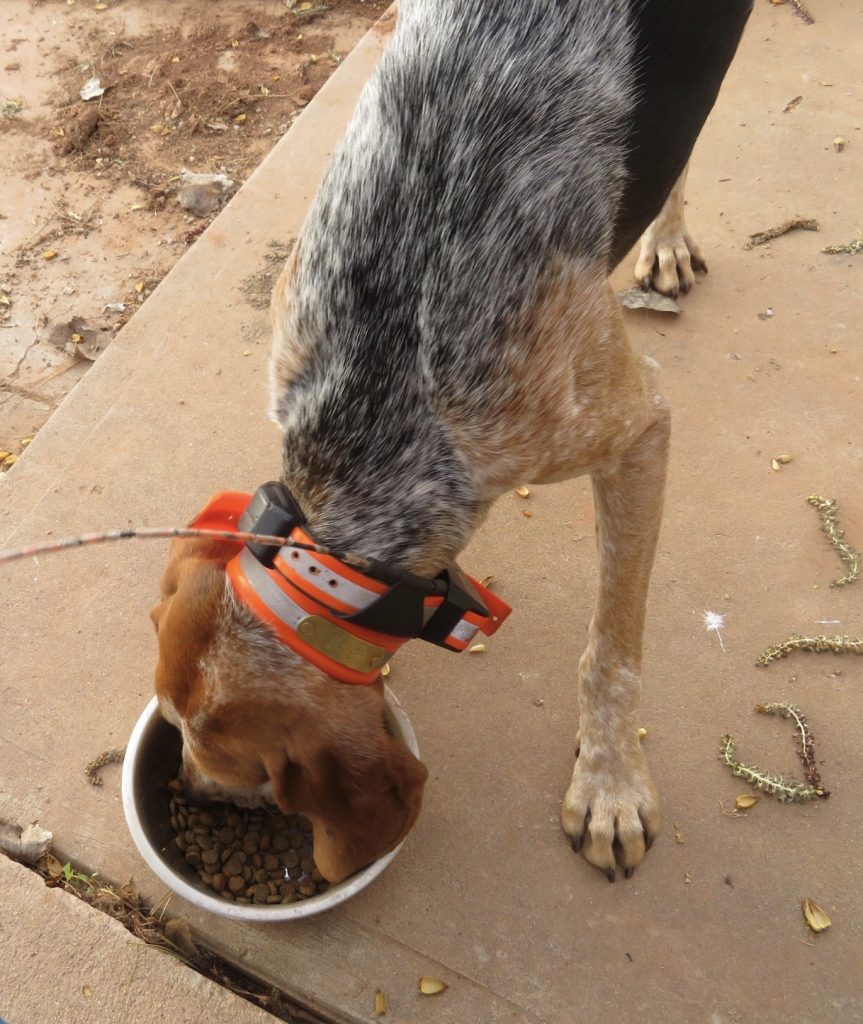 He was out on a training run… and just kept going!  They were very thrilled to hear he was safe!

”Warrior” was one tired pup! 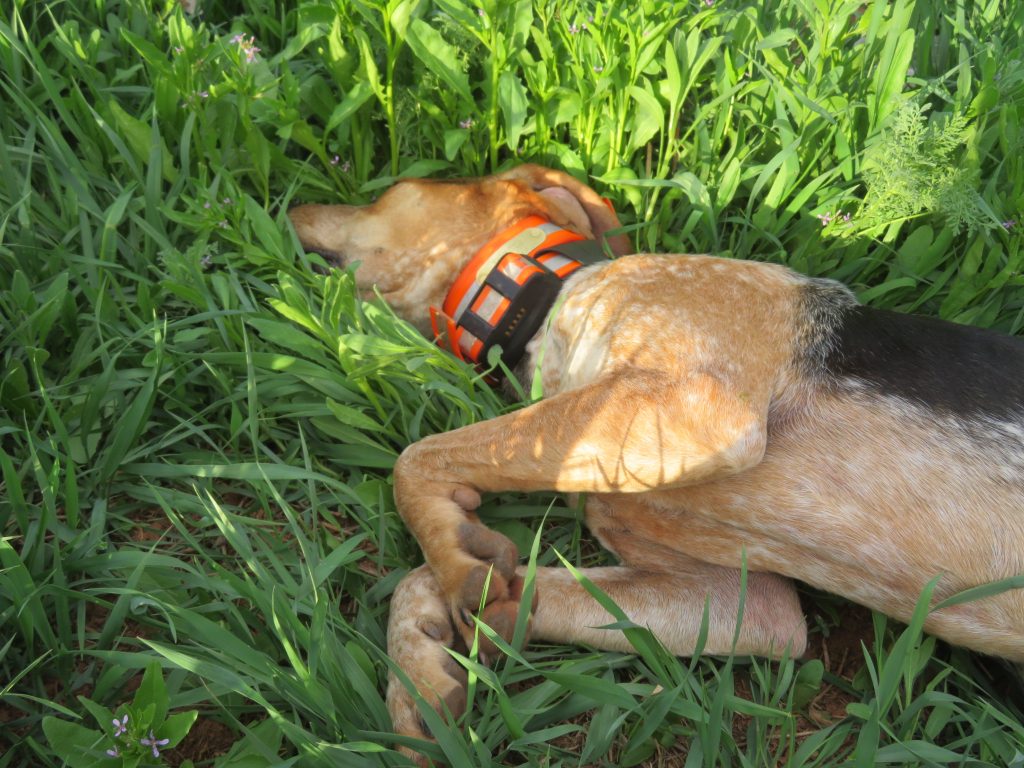 5 thoughts on “Helping Out”