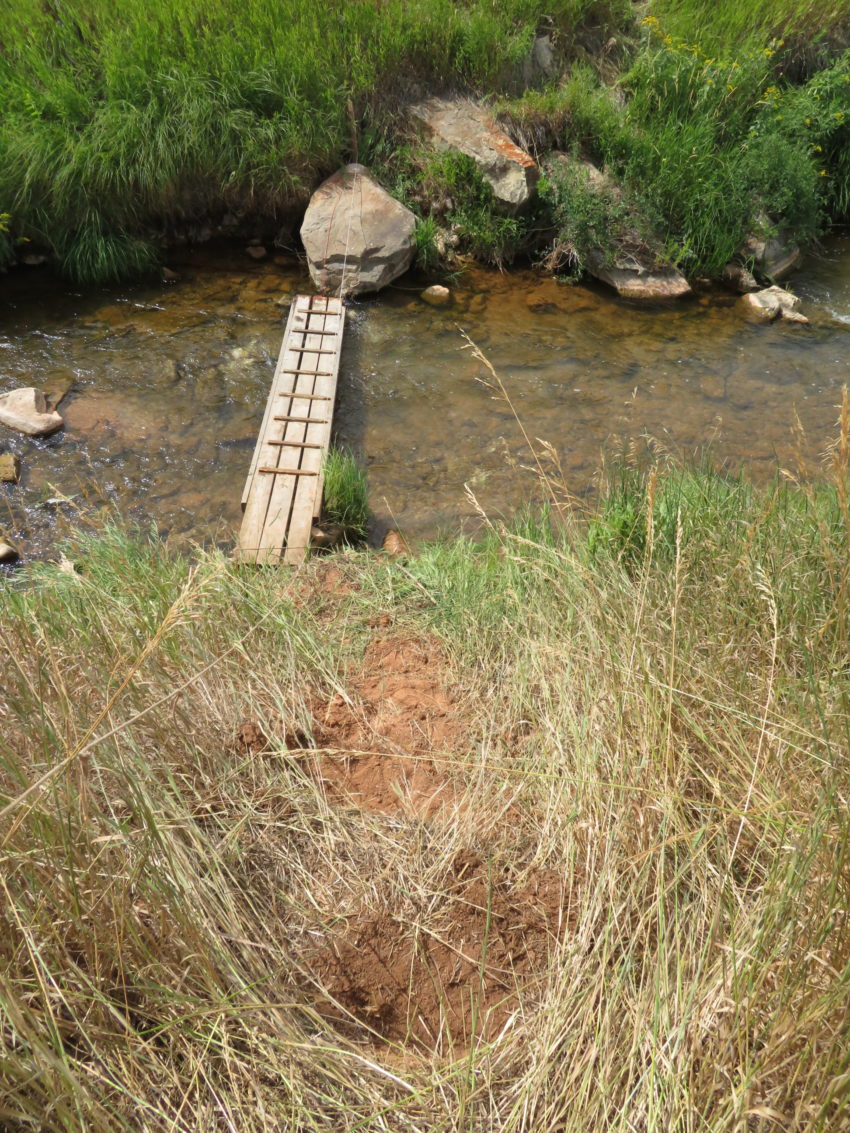 So the platform was partly in the creek, next I’d have to get in the water and man handle the new bridge into place. I am bummed that this is only a temporary little bridge. I will have to pull it out before the creek rises in the spring, but since I know that now… it saved me a great deal of work!

I’ve flipped it over and placed it at the base of this rock. I wanted to actually rest it on the rock, but it fit better on the rock on the opposite end… so here it is. I simply stacked some rocks under it to lift it barely out of the water. I will have to be cautious since the rocks may move until they’re well silted in place!

I have a small rope going up to a post jammed behind the boulder. It has hand loops in it just for some extra help if the rock is slick or my knee is acting up!

Points if you can spot my helper… No? Look at the top of the boulder.

Access to the other end is off of a steep slope. It would be really easy to slide down and hurt myself, especially in the fall or winter… so I decided my rope needed to go up the hill.

I pounded in a t-post and ran my rope up to it… then took a shovel to the hillside.

Well, it doesn’t look like much… but it works!

I guess I’ll call it good. At least my boots won’t get wet on my next walk! Though Eden believes in cooling off her paws alongside the bridge, too.