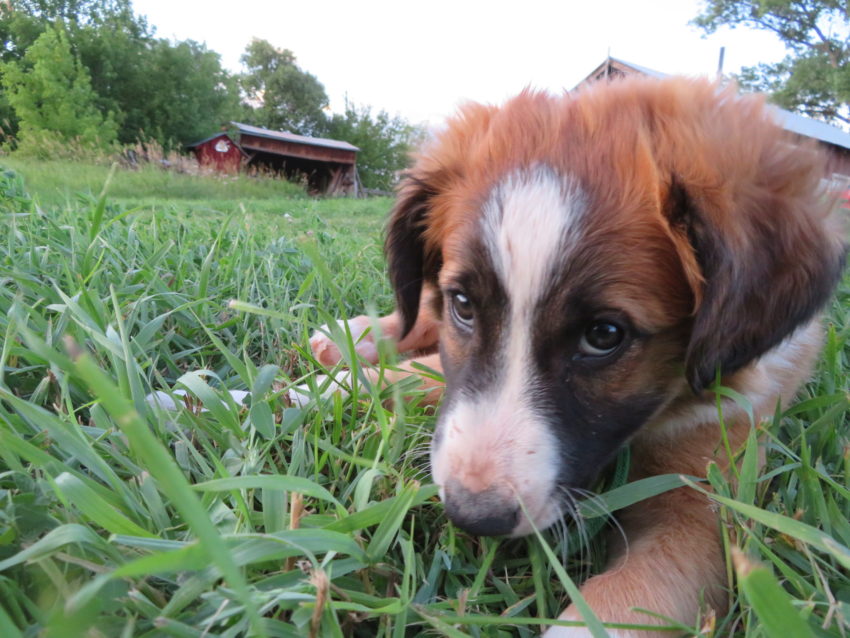 I don’t know why it’s so hard for me… but naming dogs is sooo… painful! I start lists and amend them and add to them and research on the internet… and look up meanings of names and search the Choctaw dictionary and end off somewhere researching words from the 1600’s!

Josie. I think the Outlaw Josey Wales came on the tv and it caught my attention. Since she was female, I switched it to Josie. When I told my mom, she said she went to school with a Josie Mae. Josie Mae she became.

Cooper. Vernon’s dog, though his puppy name was Cujo… we didn’t want that! Vernon stuck with a close sounding name… and often called him Coopernicus.

Reno. She was backup to Custer. Historically appropriate.

Boomer. We had lots of thunderstorms that summer…

Lucas. Ah, Lucas. Bringer of light. Registered name was Rimrock Lone Firelight of Shepherd’s Way. “…then the long, long night by the lone firelight while the huskies round in a ring, howled out their woes to the homeless snows…” (Cremation of Sam McGee) His puppy name was Otis. Oti is the Choctaw word for fire. Thus began my “fire” link in registered names. Plus, his fur just glowed…

Elsa. Butcher’s Foothills Elsa. I didn’t name her, but she was named after the lioness in Born Free.

Dally. Rimrock Rimfire Dally. A dally is wrapping your rope around the saddle horn to hold a calf. Since my Dally, I’ve met three more.

Eden. BHRRimrock Sweetgrass Edenfire. Sweetgrass is the holy smudge smoke for Indians. Come to my house… I have lots of sweetgrass!

I was going to take a gorgeous photo for his introduction, but he wasn’t in the mood.