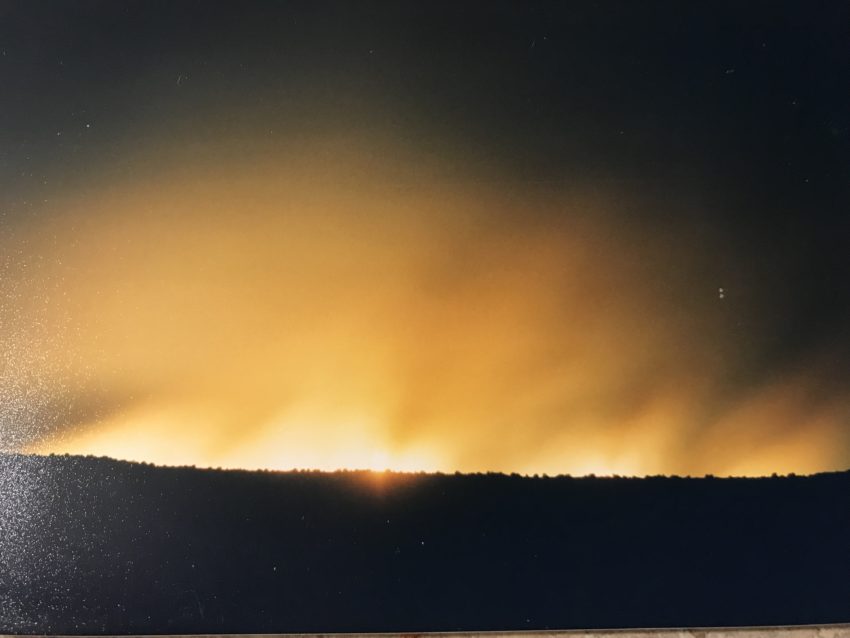 As I drove to work this morning, the smoke from the Fishhawk Fire outside of Cody was rolling in. Cody is 2.5 hours away from me… so no worries here…

It reminded me of our biggest, closest wildfire we had waaaaaay back when my kids were small.

1996. Over 15,000 acres burned in the badlands. I’d helped tiny bits on other fires… but this one was scary… the winds would whip it one direction, then switch and blow it another way. It wasn’t safe to fight it.

Our local firefighters came to our place and set up defenses. Some around our houses, some by the haystacks. They couldn’t take the battle to the front line but they were ready to help us defend what we had.

I called my best friend and asked her to come get my kids. They were told to choose their favorite toy to take with them. I asked one of them to grab my white Bible my grandmother had given me, my dad’s 12 gauge shotgun he had given me, and some photos. Turns out later they had grabbed a beat up paperback New International Version of the Bible and not my grandma’s! I would have been crushed… well, maybe not really if everything was gone… I’d be happy to have my family!

I had all my sprinklers on around my yard. I had a sprinkler on my roof. We had done all we could but the fire was headed straight for us.

That night I took these photos.

It came down Willow Creek within 1/4 mile of my house and stopped. It stopped on the big grey rimrock ridge. For some reason… it just stopped.

My mother-in-law and I made pancakes with all the fixings for breakfast for all the guys that stayed out and kept watch with us.

It was something I’d never want to repeat… and why we head out to stomp out fires as soon as we can!