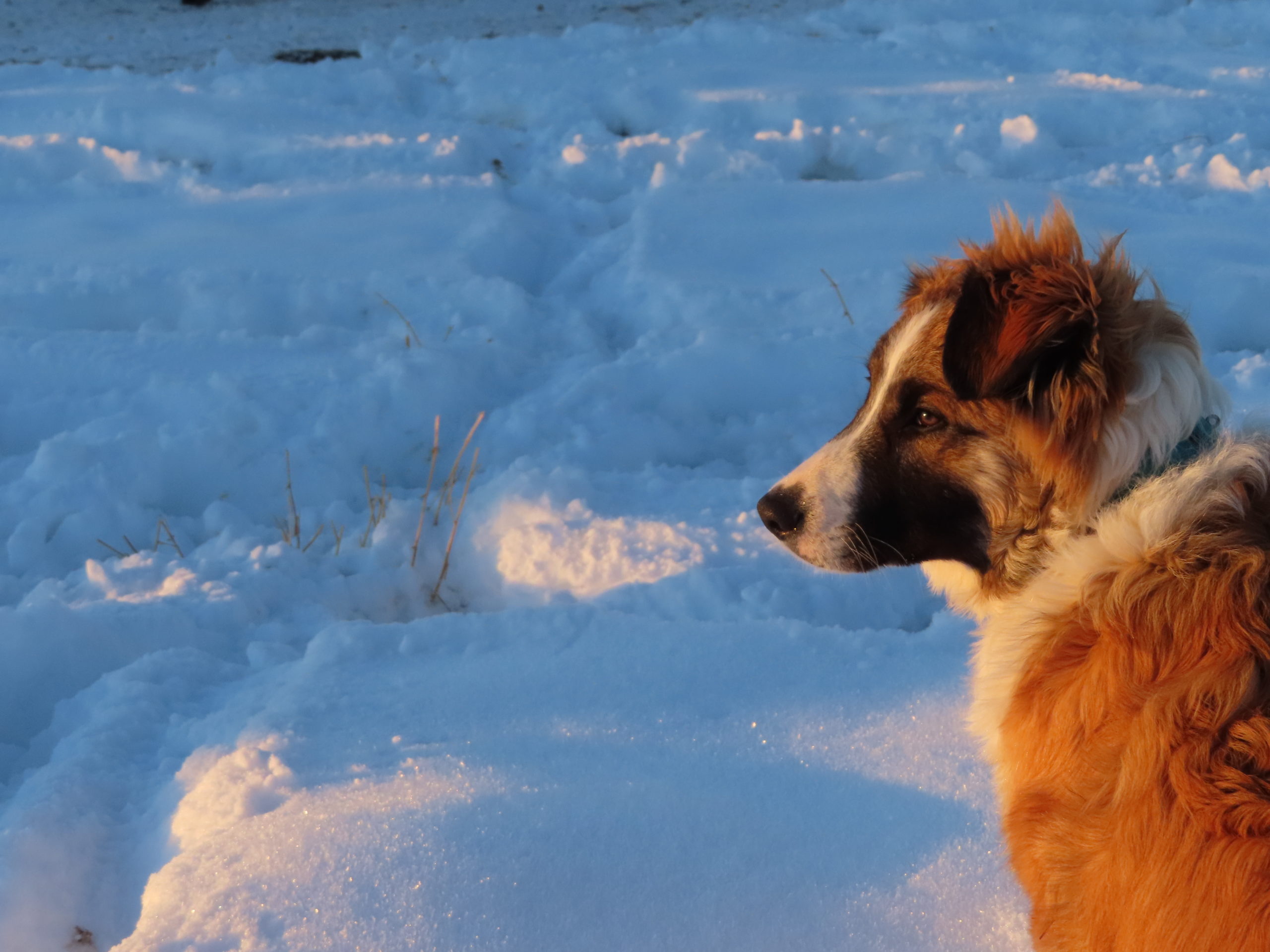 We’ve had some old cows and many of our heifers we are selling around my house lately. That means that for Bravo, he’s been getting used to seeing and hearing them through the chain link fence. While Eden won’t let them eat right next to the fence, it doesn’t seem to bother Bravo.

Since Eden is in heat, she’s been spending her days locked in the kennel, and Bravo has been alone in the yard. When I walked to the shop or garage, Bravo would come with me, of course, and often there would be some heifers standing around. I’d never say anything, just quietly walking past them.

Tomorrow, all of them will be shipped to the sale barn, so I took Bravo out to position him closer to the heifers. He ran at a few of them, not barking, but a quiet squeak from me, and back he came. Then we stood there a bit.

He had been watching them, but turned as he heard my camera. He watched. I waited. They came a bit closer… cows are curious creatures. He watched one coming to join the rest. He looked at whichever one coughed or moved. Then it happened.

Good boy! Dogs aren’t going to lay down if they’re worried about something. Relaxing in the presence of cattle is a good sign. He’s not nervous. He’s not scared. Being relaxed around cattle is a GOOD THING.

What a good, good boy!