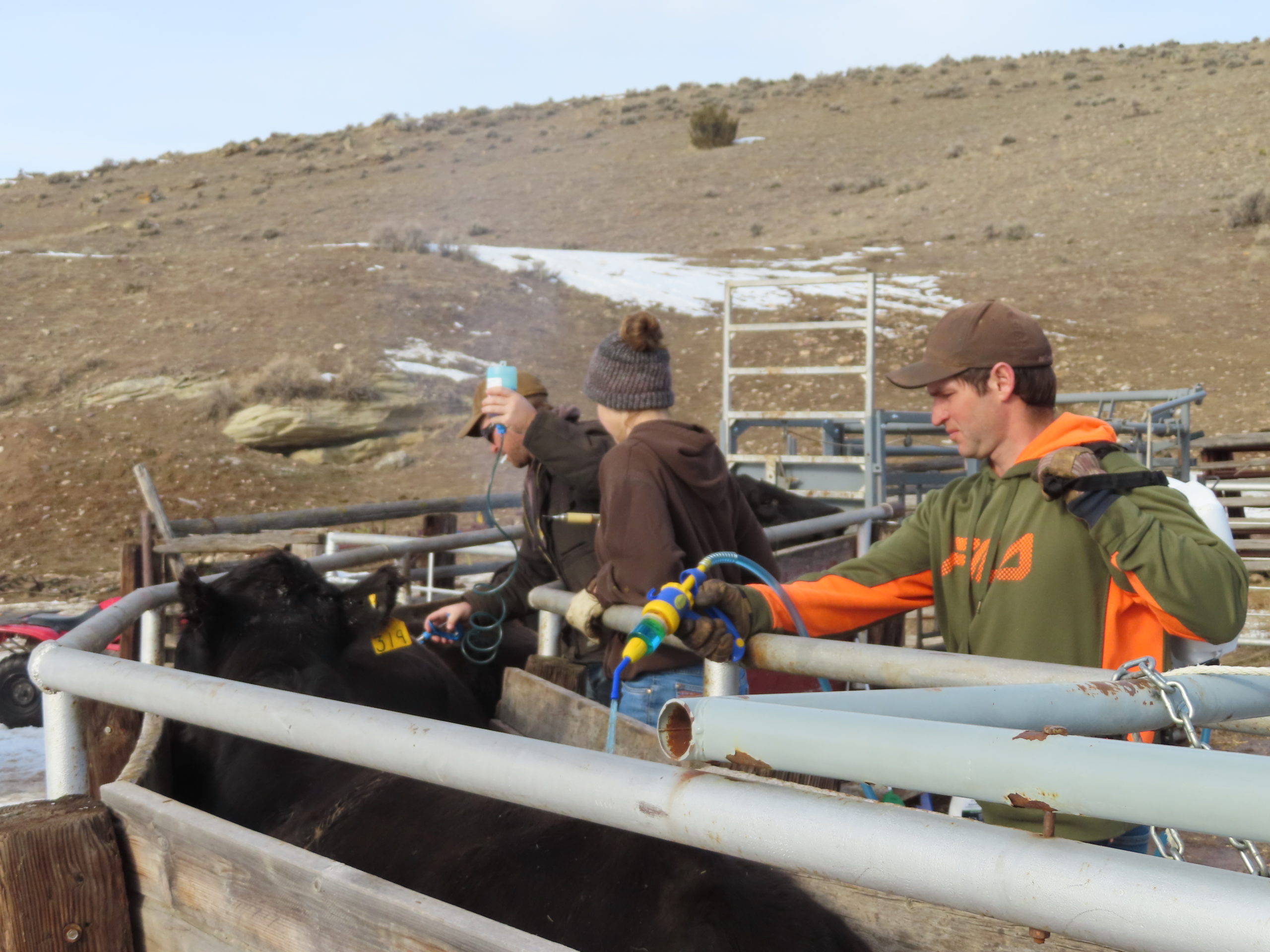 We ran the cows through the corral the other day.

It was time to give them their “pre-calving” shots and wormer and sort them as well.

Daniel and Megan gave shots. Brandon did the pour-on wormer (which has developed over the years into a *spray* on wormer, but we still call it pour-on)

Instead of catching them one by one in the squeeze chute, we would run four into the alley, and they’d get their treatment much faster. Vernon and I were putting them in the alley and a couple of our neighbors were sorting them out of the pens and down the wide alley to us. We’d sent help to these neighbors the day before and trade-offs for work like this are fairly common around here.

We then did a bit of sorting… the older cows one direction, the younger cows a different way. Here, Megan leans over the alley, her hand discouraging forward progress.

That gives the guys time to switch the gate to the right direction. Remember, we can tell how old a cow is by the first number on her ear tag. If it starts with 7 she was born in 2017, etc.

Tess gave us a great lunch, then it was back to work.

We had an audience the entire day. The two local wild turkey flocks (which technically are called “rafters”) grazed the hillside above us, coming down to the edge of the corral. I’m sure we messed up their plans for scavenging *in* the corral for leftover goodies.

Work was done in good time and we then trailed them to their new pastures.

It’s all part of the process of getting ready for calving season.

Here are the rules:

You can have FIVE chances to win a calendar. Some people might have three or four. That’s still pretty good. If you miss one of the three requirements above, your entries will be disqualified.

2 thoughts on “Part of the Process”