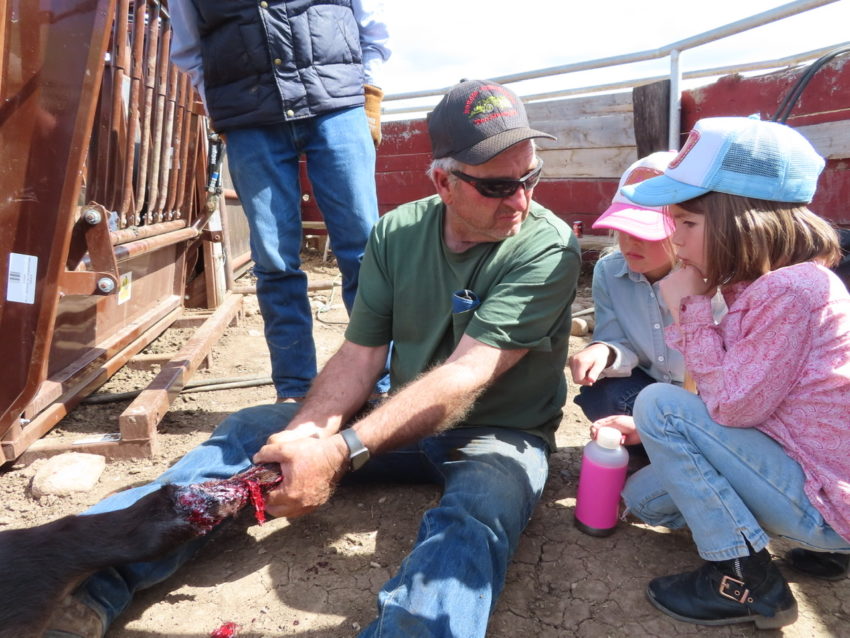 I broke it down for them. Be quiet. Be calm. Don’t wave your flags until you want a calf to move. They jumped right in, and I had to hustle to keep up with them.

They worked the calves down the alley. They worked them into the smaller pen. The gates were heavy. The calves outweigh them. They were having a blast!

Slowly, wave your flag to shush them around the corner. The challenge: how little do you have to move to make the calves move?

Do you know how many times I’ve walked behind their fathers doing the exact same job?

Lest you think the boys did all the work and the little girls sat on the sidelines… The girls had their moment to shine when an injured calf was examined and doctored. Lacee was there because of her empathy with all animals, and Lorelei because she now wants to be a doctor, and any kind of injury on any critter is fascinating.