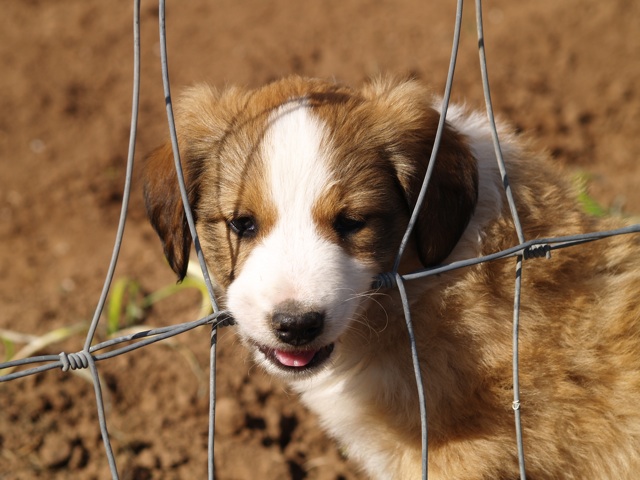 Do you know the old joke about the guy who wanted to be a turkey farmer???  He returned twice to the hatchery where he’d purchased his turkeys… each time saying all his turkeys had died.  The third time the hatchery owner asked him specifically what he was doing with them that he had such a total mortality rate.  The wanna-be turkey farmer, shuffled, kicked the dirt and said, “I don’t know, maybe I’m planting them too deep…”

That old joke came to me multiple times today as I fought eleven puppies to try to get my garden in. I’ve spent time rototilling…which they avoid once the motor starts (which is good)… but it was time for the hand work of raking and seeding.

They chase the hoe.

They dig in the fresh dirt.

They chew my pant leg.

They make off with my gloves.

They steal my seed packets.

I set out my Walla-Walla onions… and turn around and find 3 pulled out lying on top of the ground.

I threw my seeds into the ground because 44 little legs were going to walk over and around and through the row anyway.

Who knows if my lettuce and radishes will grow?

They chewed the onions and cilantro that is coming back… so Puppy Owners, keep a close eye on your salsa… these pups may be addicted already!

But rest assured…I did not plant any puppies today.

Either shallow or deep.