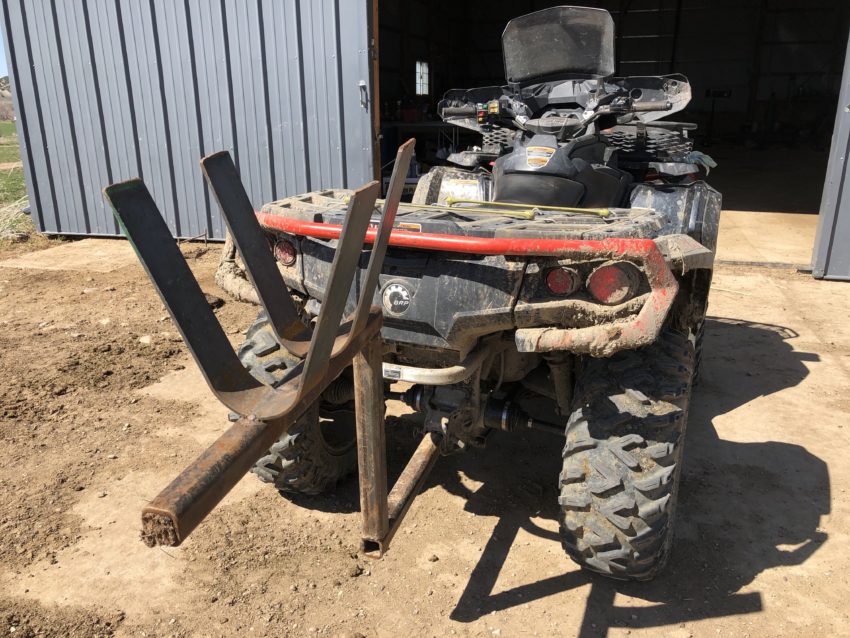 Well, it looks like Re-Red is a hit… so thank you for that!

Should I have put some info on the video? I thought it would distract, but that just might be me…

Rosemary, the music is always listed on the SHOW MORE under the actual video on YouTube. You can learn a lot from the description and SHOW MORE on YouTube… That’s how I found all of Kevin MacLeod’s music! It is called Pippin the Hunchback by Kevin MacLeod. It’s used under the Creative Commons licensing. Popular music can’t be used due to copyright infringement.

Carole, the cows are running down the hill… because it’s springtime and because they can… we are bringing them into the corral, but their destination had nothing to do with their actions… they were just feeling their oats. Branding is the only feasible way to permanently mark cattle for now. Freeze branding is much slower with less than favorable results. Someday someone will create something and branding will go out of favor, but for now, it’s what we have.

JoAmy, you are right, the Western Meadowlark is singing his song. I always said if I ever get a cell phone, I want that for my ringtone!

Kay, the calf table is store-bought, HiQual brand. Many ranches use them instead of doing it the old fashioned way. This one is hydraulic, many are muscle powered, just swing it sideways using your weight and strength. The first time I saw something like this was years and years ago, when they used to shoe horses up at the Girl Scout National Center West. They’d put the horse on its side and trim and shoe them!

Marilyn, yes, part of the reason we bought the calf table was to protect our neighbors during this time. Part of the reason was because of speed and ease. We can do smaller bunches when it’s more convenient. Believe me, I’m torn. There are benefits to both styles, I guess. I hated the electric branding iron because I was using it like a standard branding iron. I was doing a horrible job. Reaching up and over and branding was difficult for me, so I turned it over to Brandon. Thank goodness, we’ll be branding the old-fashioned way on our smaller herd this weekend. My heart is not ready to give up tradition.

Larry, glad you enjoyed it.

Pam, the grands make for a new perspective on ranchlife, and I’m happy you like seeing them!

Speaking of answers… a couple of you wanted pics of the calf carrier Vernon made for the four wheeler. I’m just gonna plop them in here!

I think it works better if the calf is facing backwards. If he faces forward, he can climb up the back of the four wheeler, or at least get purchase somehow and flop himself out. If he’s backwards… he just hangs there!