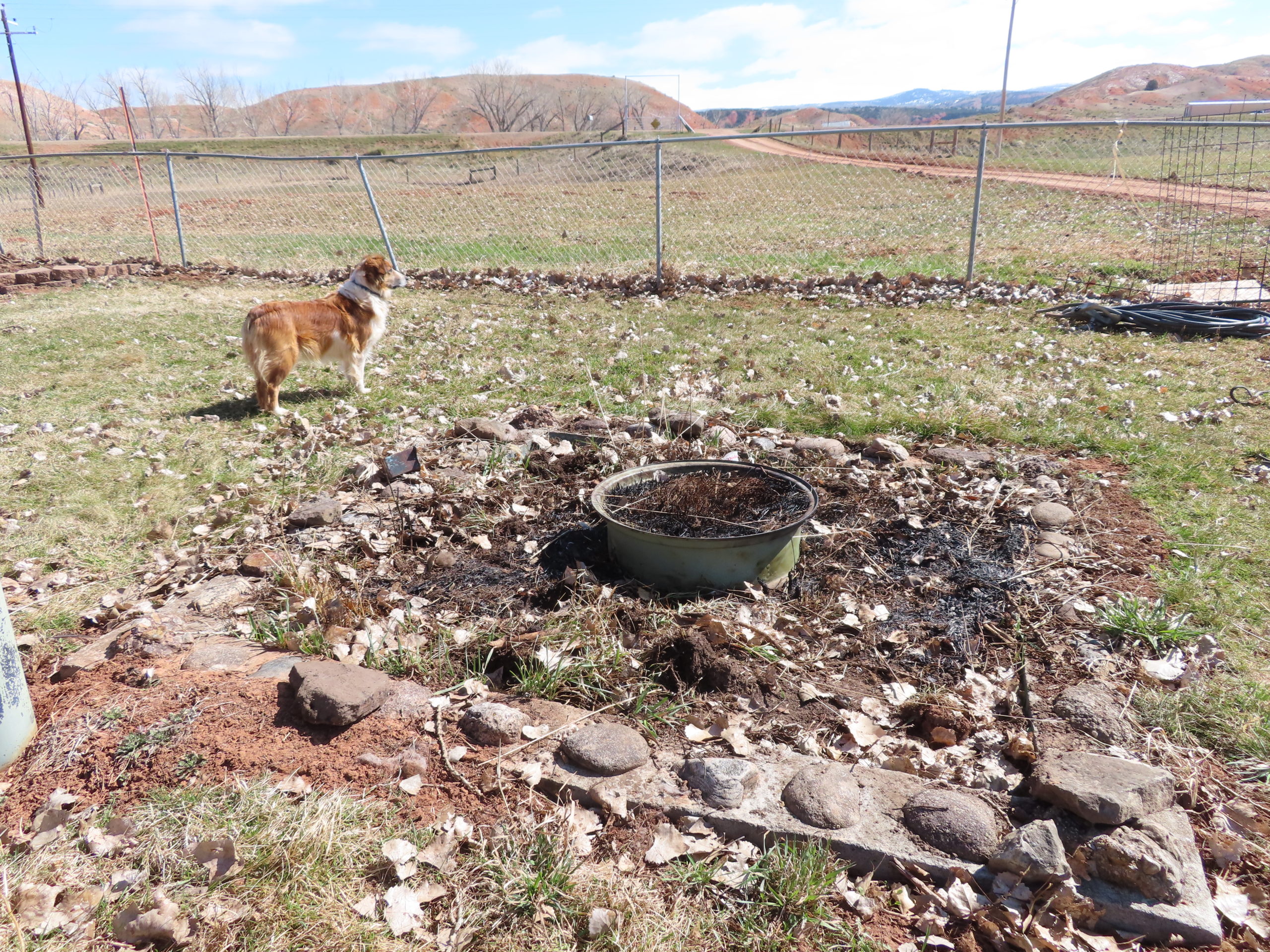 A new/old or old/new work in progress… something.

My house was built in 1952. Sometime after that, a small, square fishpond was installed in the corner of my yard. My old house had a “water feature” as well, but it is covered up and forgotten. I suppose they were all the rage back then, as they are these days.

Well, time passed. It didn’t seem to hold water or it was a pain or who knows? But at some point, they filled it in with dirt leaving the edge of the cement square visible. That’s how it was when I moved in here. I tried to use it for a flower bed. I tried to use it for a strawberry bed. The dirt was nice dark dirt… but it dried out so fast… Being only 10″ deep or so, everything would be crispy in short order.

I’ve not been a fan of the fishpond since I moved here. I was determined SOMEDAY SOMEONE would take a big sledgehammer to it and I wouldn’t have to put up with weeds and tall grass (which didn’t mind growing there AT ALL). I wouldn’t have to mow around it and trim it and water it, blah blah blah.

It doesn’t look like a challenge… but lay a shovel on the surface and jump… and it was so root bound from 50 years of weed and grass growth. Believe me when I say it wasn’t easy digging!

The tire rim was my addition, trying to elevate some strawberries at one point. Brandon pried it off for me, but there the root donut lay, wound around itself and refusing to be moved by me. One day, Vernon just happened to be walking the excavator by and I had a request. Any chance he could reach over my chain link fence and grab this thing?

He did. Just barely at the reach of the arm! Yay! finally it was free of dirt.

I was simply amazed at the roots capabilities to lift paint. I also found a rather large hole chopped into the concrete floor. Now whether they tried to remove the pool at some point and just gave up, I don’t know. But I was debating about keeping it. Water features are all the rage now… and I wondered what it would take to restore it.

Enter some grandchildren… When you stay at my house, you might get to do fun things but you also get put to work.

Quinlan and Lorelei stuck it out for quite a while, scraping loose paint off the bottom. Of course, I gave them tools, and permission to beat on loose paint and scrape away to their little hearts’ content. They did.

I dug the hole a bit deeper after researching gold fish ponds on the internet. I hoped it could become their cooler, shadier haven.