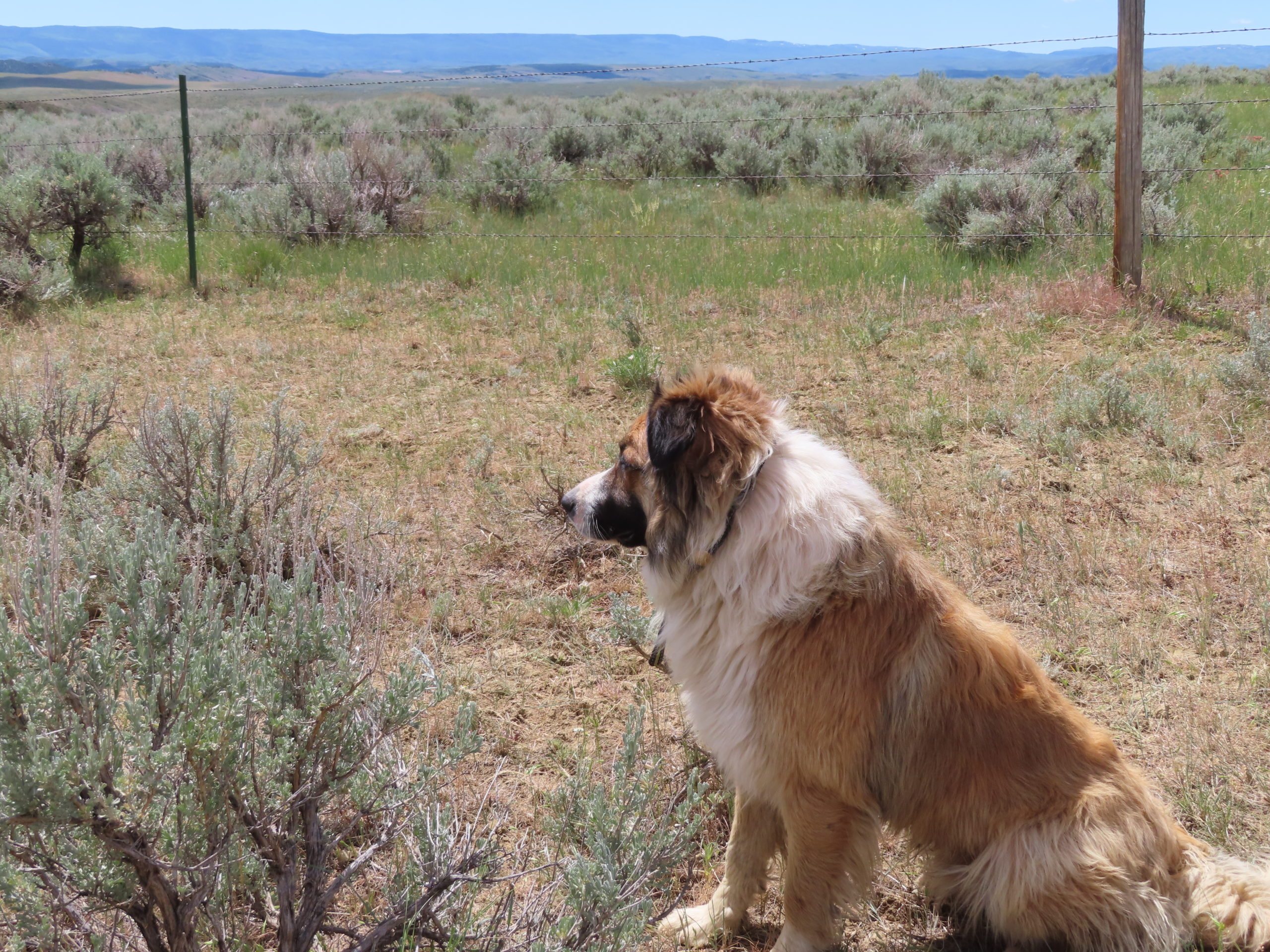 It was time to gather the Joe Henry. This grazing allotment is named after the original homesteader that the Greets bought out in 1909. We run with one other rancher in this allotment, and since he runs Hereford cattle instead of Angus, like us, it’s very easy to separate the herds.

Bravo got to go along again… learning on the job. Once again he impressed me. He’s very good at watching and listening. He had one instance where four calves were hanging at the back of the herd. One by one, he picked them up and put them back in the bunch. While, technically, he should have picked up all four at once, I just watched him, jaw agape, as he quietly made each lift and each calf jauntily rejoined the herd. After it was all over, I thought, I should have filmed that!

Here he sits, early in the morning, along the stone trail being slowly worn in the sandstone by cows’ hooves. While it is a faint continuation of the dirt road in the back ground, it reminds me of the wagon ruts left by the wagon trains.

He hasn’t heeled anything either, though if you can move a cow by your presence, that extra bite isn’t necessary. He’s very cautious with the mommas, and I know he can gain that confidence. I’d much rather have him watch and learn, than blaze in roaring and biting, and scattering cattle back into the hills.

When we sort the pairs out, the dogs need to lay down, stay out of the way, and now’s the time for them to rest. This part is where he has remained my shadow, but it hampers me in what I can do, because him following me ruins the process. I’ll work on that. It’s all so interesting to him! I love to watch him watching…

5 thoughts on “Watch Him”