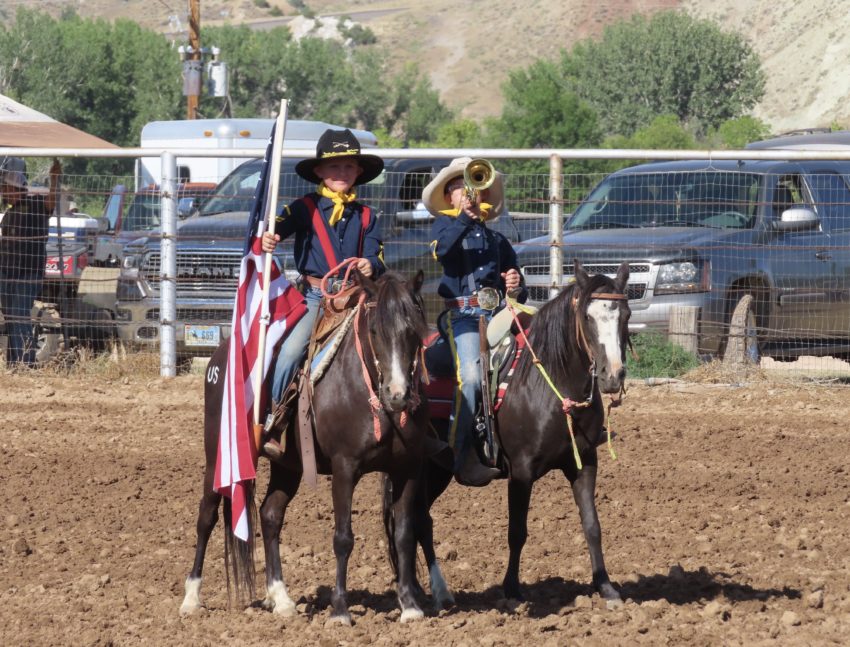 The days we really try to enjoy a holiday. We interrupt this crazy, busy summer to make the time to celebrate the local kids and sweat like crazy and drink a case of water and eat snow cones and ruin five lawn chairs and cheer and laugh and cringe.

Reagan loves Toy Story… so Jesse and Woody made an appearance.

She was our only winner of the day… she won first place and a buckle for the costume contest.

Lorelei and Lacee were Anna and Elsa riding the blue Water Spirit from Frozen II. At least, I think that’s what they told me.

However, I have to promote my little boys, since Victoria and I came up with the idea of turning them into US cavalrymen. Jaxon had to present the flag, then quickly be ready for the costume contest, so we decided he should keep the flag and both become cavalrymen!

Now… I was just pleased as punch with my costumes.. they had the yellow stripes sewn on their jeans, suspenders, guns on their belts, a rifle, a bugle, yellow scarves, yellow hat bands, the crossed sabers pin on their hats, their moms bought them matching blue shirts that I sewed on the stripes. Jaxon is even wearing my US belt buckle my dad gave me when I was a kid. It’s scratched on the back, “given to Carol Burton, May 1972, Casper, Wyo Daddy”. The ponies had the “US” brand and US conchos on their bridles. I imagine I didn’t do enough to the ponies since they need to be in costume as well. I didn’t know what else to do! I actually have a McClellan saddle, but there’s no way it would sit on a fat pony’s back!

Anyway, the boys had a blast. They now love John Wayne in “She Wore A Yellow Ribbon”. They can sing “cavalry, cavalry!” Wyoming is the center of many cavalry forts and history making events… I may get to interest them in some western history!

I think I need to take them to Fort Caspar and the National Historic Trails Interpretive Center. I think they’d love it.