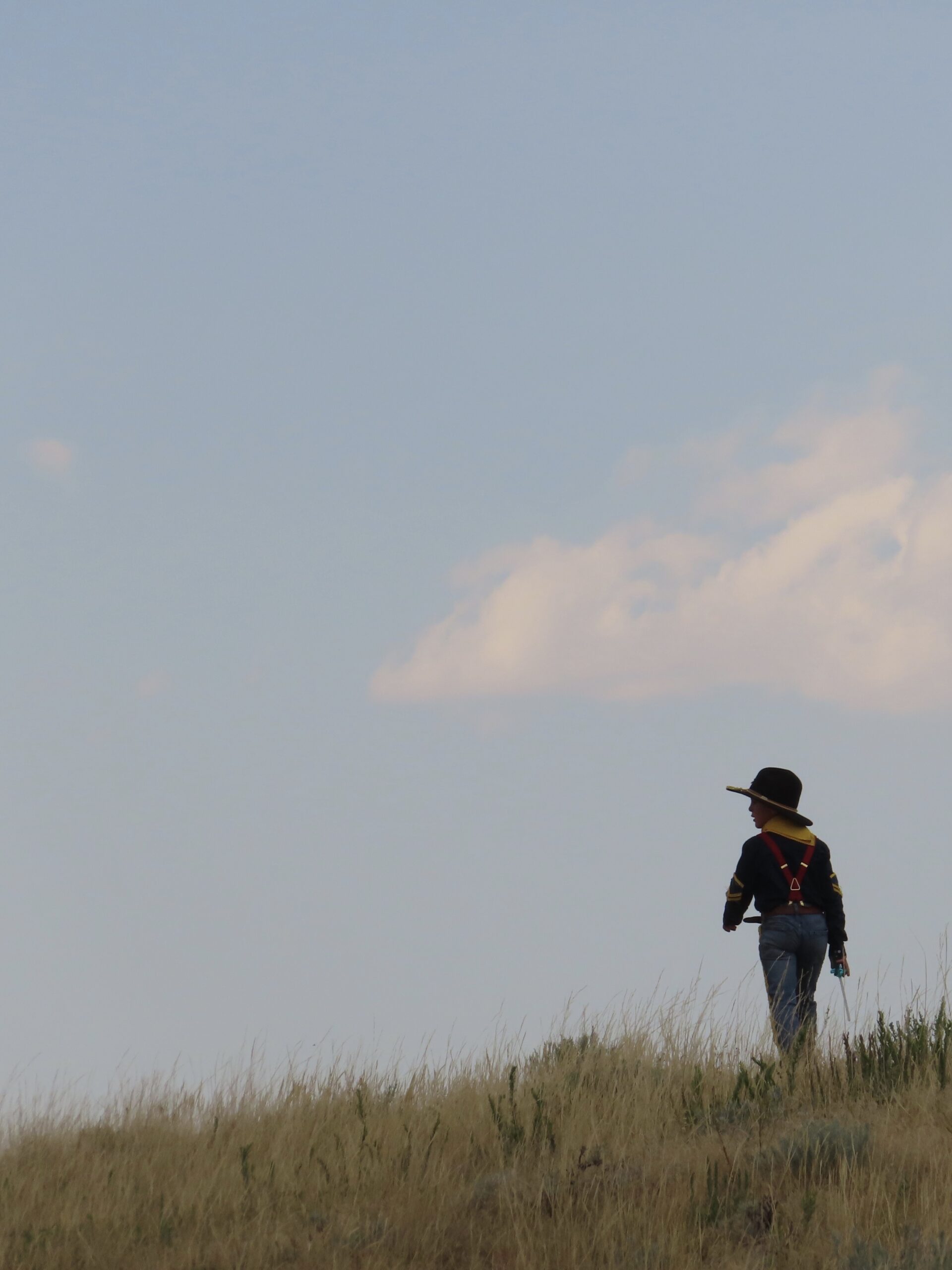 After going through Fort Phil Kearny’s interpretive center and the little bit of the reconstructed fort (it was burned down in 1868 after the soldiers abandoned it due to a peace treaty), we headed to two battlefields.

The two battles that took place close to Fort Phil Kearny were the Fetterman Battle and the Wagon Box Fight.

The monument at the Fetterman Fight is extremely impressive.

The cast shield was huge.

We followed the interpretive signs on a long walk around the ridgeline. After being ordered to NOT cross Lodge Trail Ridge, Fetterman took his command over the ridge following decoy riders from the Lakota, Cheyenne, and Arapaho. Teasing the soldiers into the creek bottom, the Indians finally sprung the trap with overwhelming force. Retreating to this ridgeline as best they could, the majority of infantry fell close to where this monument stands. The cavalry fell in various places along the ridge. There were no survivors.

The history can be found HERE.

The walk was well worth it, each sign giving an insight into the people, actions, and weaponry/supplies of both peoples.

The Fetterman Battle was the largest defeat of the US Cavalry until Custer on the Little Big Horn ten years later.

I could go on and on… but… we also went to the Wagon Box Fight. Located five miles from Fort Phil Kearny, the Wagon Box Fight took place the year after the Fetterman Fight, 1867. The Hayfield Fight happened on August 1 near Fort C. F. Smith in Montana, the next day, 1,000 Indians descended on civilian woodcutters and the troops protecting them near the base of the Big Horn Mountains.

It could have easily been another annihilation for the cavalry but for one outstanding reason. The cavalry now had breech loading rifles. No more volleys of ammunition and then silence as soldiers reloaded. Continual fire could be sustained. Thirty two men found cover in the wagon box corral where the civilians kept their mules on normal days.

The wagon boxes didn’t afford much protection, but it was better than nothing! The fascinating tale of the Wagon Box Fight can be found HERE.

The boys learned an amazing amount of history on this little trip, and it was a great refresher for me, the former history major, as well. Wyoming has quite the interesting history… I’d like to repeat this trip a few times as they grow older, if their interest in history holds. Each visit will bring new insight, a chance to notice something new and different, and expand their knowledge and appreciation for the sacrifices made by so many.