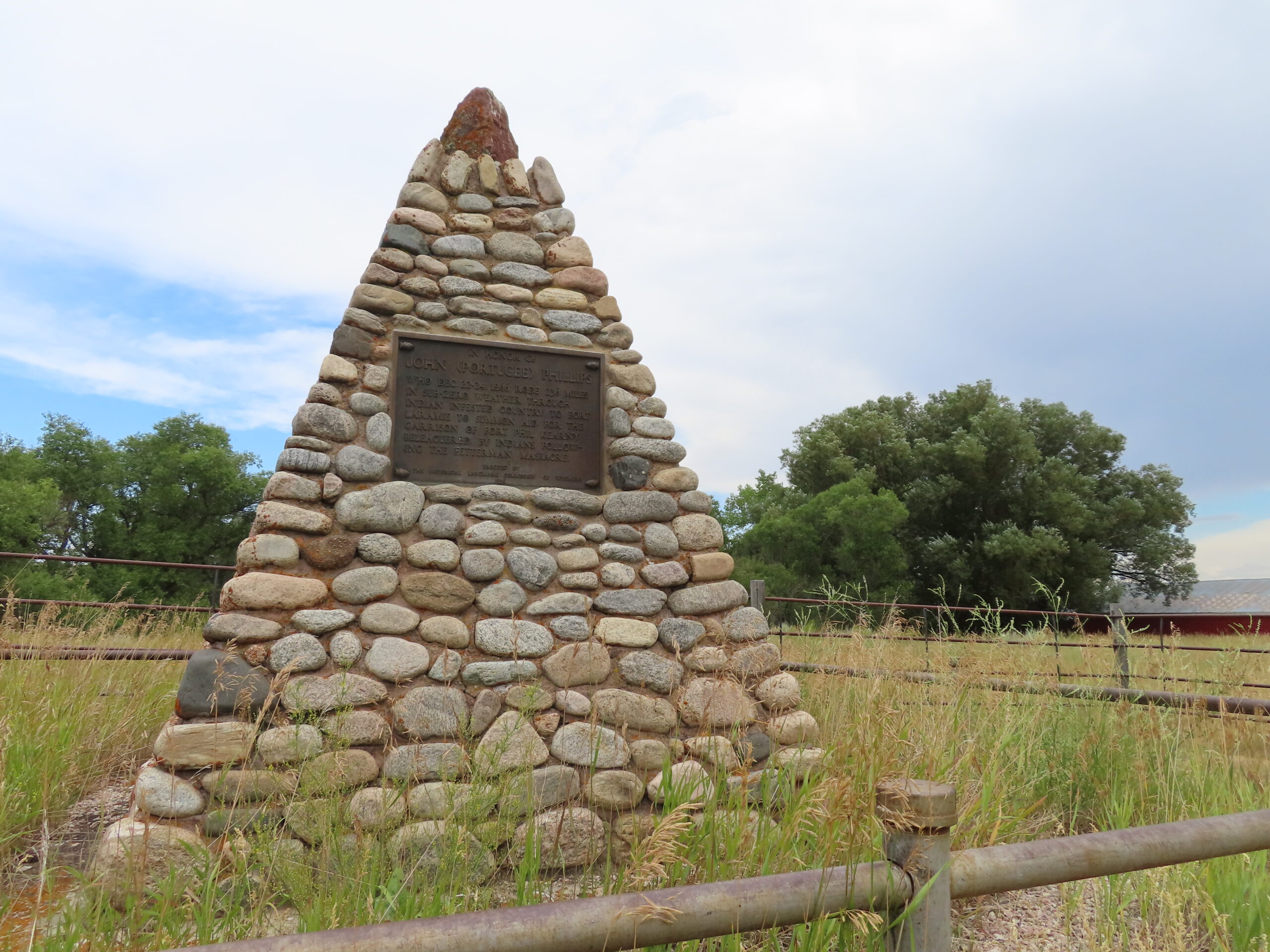 Before we leave Fort Phil Kearny behind, I wanted to share two more stories with you. We never know how we will act in horrific times. We all want to think we will be heroic and brave. Not everyone is. Here is the story of two men that were.

The first was Adolph Metzger. The bugler under Fetterman that fateful day was honored by the Indians for his bravery. While other soldiers were mutilated after the battle, they did not touch Metzger’s body, instead placing a buffalo robe or bag over him. American Horse testified that they honored him in this way, because after he was out of ammunition, he continued to fight bravely using his bugle as a weapon. Can you imagine? Find a mention of him HERE.

The second man that stood out for his heroism was John “Portugee” Phillips. A native of the Azores, who’s native language was Portuguese, hence his nickname, made a spectacular ride from Fort Phil Kearny to Fort Laramie after Fetterman’s fight. Petrified that the Indians would return and overrun the fort, civilian Phillips and another man were paid to ride clear to Fort Laramie and share the tragic news and deliver a plea for reinforcements. He covered the entire distance in four days, in a BLIZZARD. Arriving half frozen in the middle of the fort’s Christmas ball, he made quite the impression. Some say he might have had eyes for Frances Grummond, whose husband, Lt. Grummond, had perished in the Fetterman Fight. She, however, ended up marrying Col. Carrington, the widowed and beleaguered leader of Fort Phil Kearny. Doesn’t it sound like a movie? Read more about it HERE. She also wrote a book entitled My Army Life, (affiliate link). I’ve just started reading it.