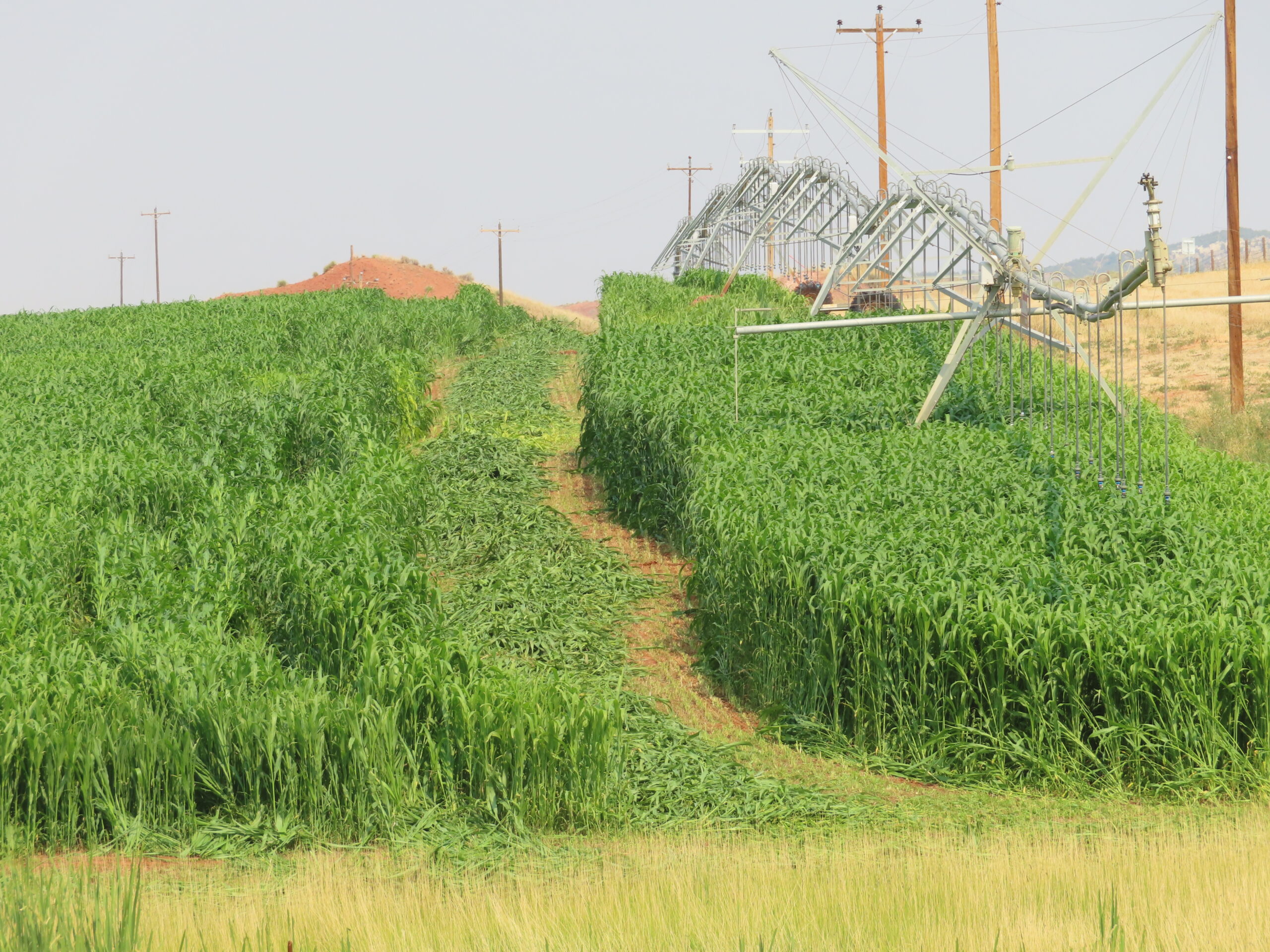 This was Daniel on June 27.

After our first cutting of hay was off the pivot field, he went back in and no-till drilled in some sorghum-sudangrass hybrid seeds. No-till means just that. No tilling. No plowing, discing, or leveling of the field back to bare dirt. The planter (aka a ‘drill’) has small discs that slice into the field and seeds are placed in that slice. Think cutting the top of a roast to rub in some seasonings for extra flavor!

This was Daniel just a couple of days ago.

Look how fast that stuff grows! Up to the hood of his tractor and tires. You can’t even see his cutting machine!

His first outside rounds on the field were impressive. Although Brandon had quit watering the field days before, the size and density of the plants had remained quite wet, and Daniel said there was just “water” pouring out of his cutter. Worried that he wouldn’t be cutting but more like just bending over the wet “sor-dan”, he stopped after a few rounds and waited a day or two more before he cut the field.

Allowing our dry Wyoming air to circulate through the trimmed field worked. Daniel finished cutting it with no problems.

We still haven’t baled it. The stalks are much like corn stalks, though smaller, and they need more time to dry out. I’d say it’s pretty safe to say, we will get quite a few bales off of this field!