Sheds are in place. The work on the surrounding corral comes next. By the time I had arrived, the end of our former wooden corral is gone, and the smoke from the fire of its remains wafted around the guys. Many of the boards had been splintered and repaired, and that was just the easier way to handle them!

We had bought continuous fence to replace the end and build the new section, but step one was driving the posts. Continuous fence is metal, and the posts are pipes as well. The skid steer was put to use.

The accessory to the skid steer is a post pounder, and, boy, did it work slick!

The pipe posts were just about all the skid steer could reach! This is very sandy soil, so much of the “pounding” was more like “pushing”, but every once in a while, it would “kathunk” and shove it further into the ground.

The pounder did require you to be careful around buildings. Vernon repositions the Bobcat before going too far. He, then, has another problem!

Daniel stretches out and blocks the sun from Vernon’s eyes so he can see what he is doing!

A bit of measuring. A bit of “eyeballing” the position. A bit of leveling.

Before you know it, the afternoon is gone and the posts are all set.

Next will come the continuous fence and the gates!

2 thoughts on “Next Step” 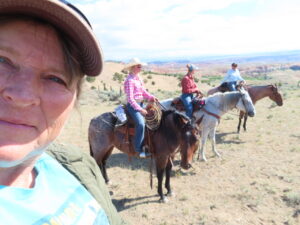