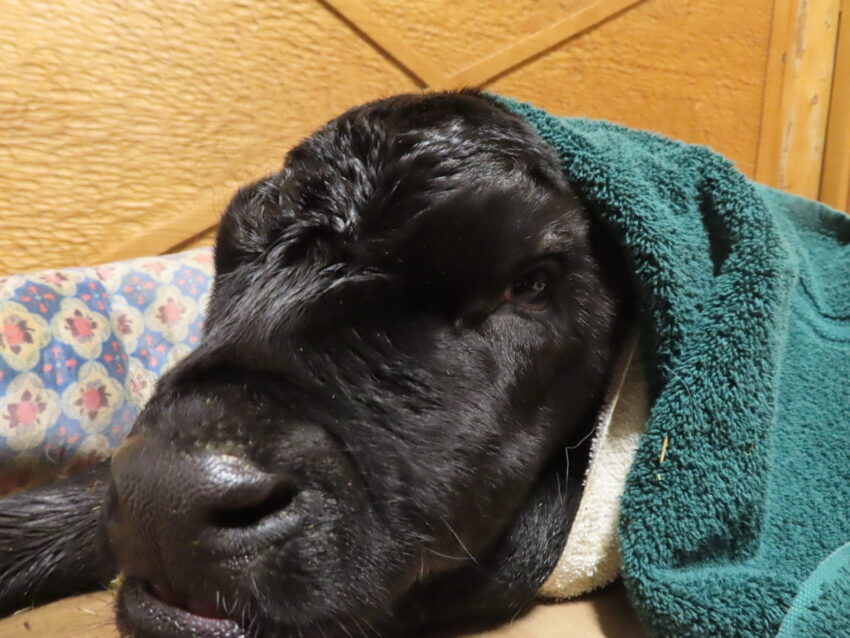 2:30 am, a series of “mehs” woke me up. Vernon has checked the heifers and found #91’s calf had made an appearance. Although it was born inside, -22° is still cold and at only 40 pounds or so, the little thing was premature. Hence, the visit to my mud room.

I rotated warm towels on him, rubbing and drying him off. Vernon had managed to get some colostrum into him.

Time would tell. I quickly named him Valentino. Hours later, I did a Facebook live video, sharing his story. Throughout the day, I’ve done more. When I figure out how to download them and then put them on YouTube, I’ll share the link with those of you who don’t do Facebook. So far, he’s made it through the day, and that bolds well for the little squirt.

I’ll try to video live on Facebook at 7:30 in the morning, and check in again with his progress. I’ll see you then!