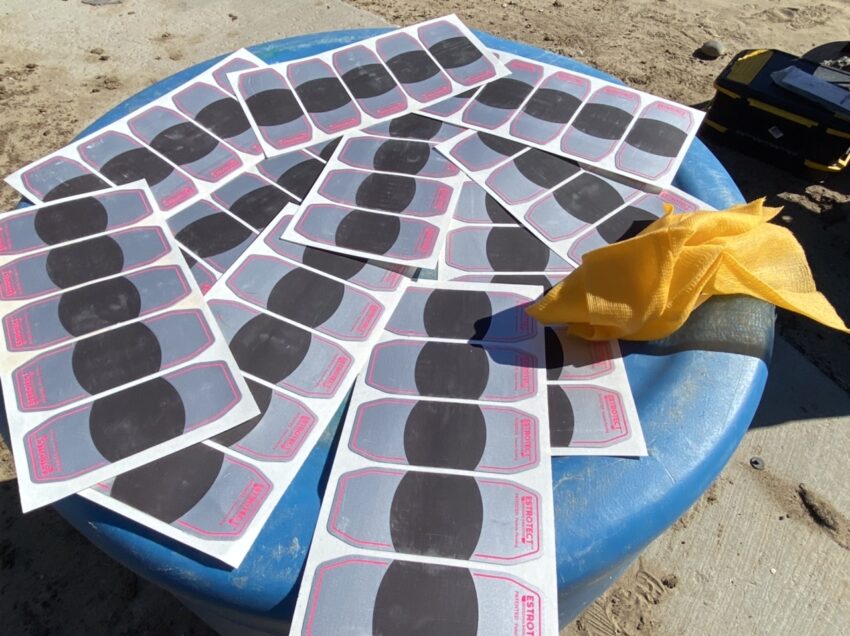 While the cows are out on pasture now, it’s time, once again, to start working on next spring’s calving season. Cows, like humans, carry their babies for 9 months. That means our heifers will be having their first babies in nine months.

I’ve missed the work day that inserted what are called CIDRs (pronounced like cedars). It stands for Controlled Internal Drug Release. Think of it as an IUD covered in progesterone. In a cow’s 21 day cycle, it stops the cow’s cycle, wherever it is and holds it.

After you pull the CIDR, which we did today, the heifers all will come into estrus, allowing us to Artificially Inseminate them as a group.

My job was to put one of these “scratch off tickets” on the rear of each heifer. Other cows will begin to ride the one in heat, and rub the silver and black off into a fluorescent pink color. The guys can then pick out each heifer as they come into heat.

I don’t know if I’m making sense as I keep falling asleep while writing!

I do have to wish Daniel a very happy 33rd birthday…

As a joke, I woodburned him this step so that he can get on his new, very tall, horse. The rope is so he could pull the step up to his saddle and tie it on, ready to be used again whenever he dismounted, it made everyone laugh! ( though, honestly, I could use it more!)