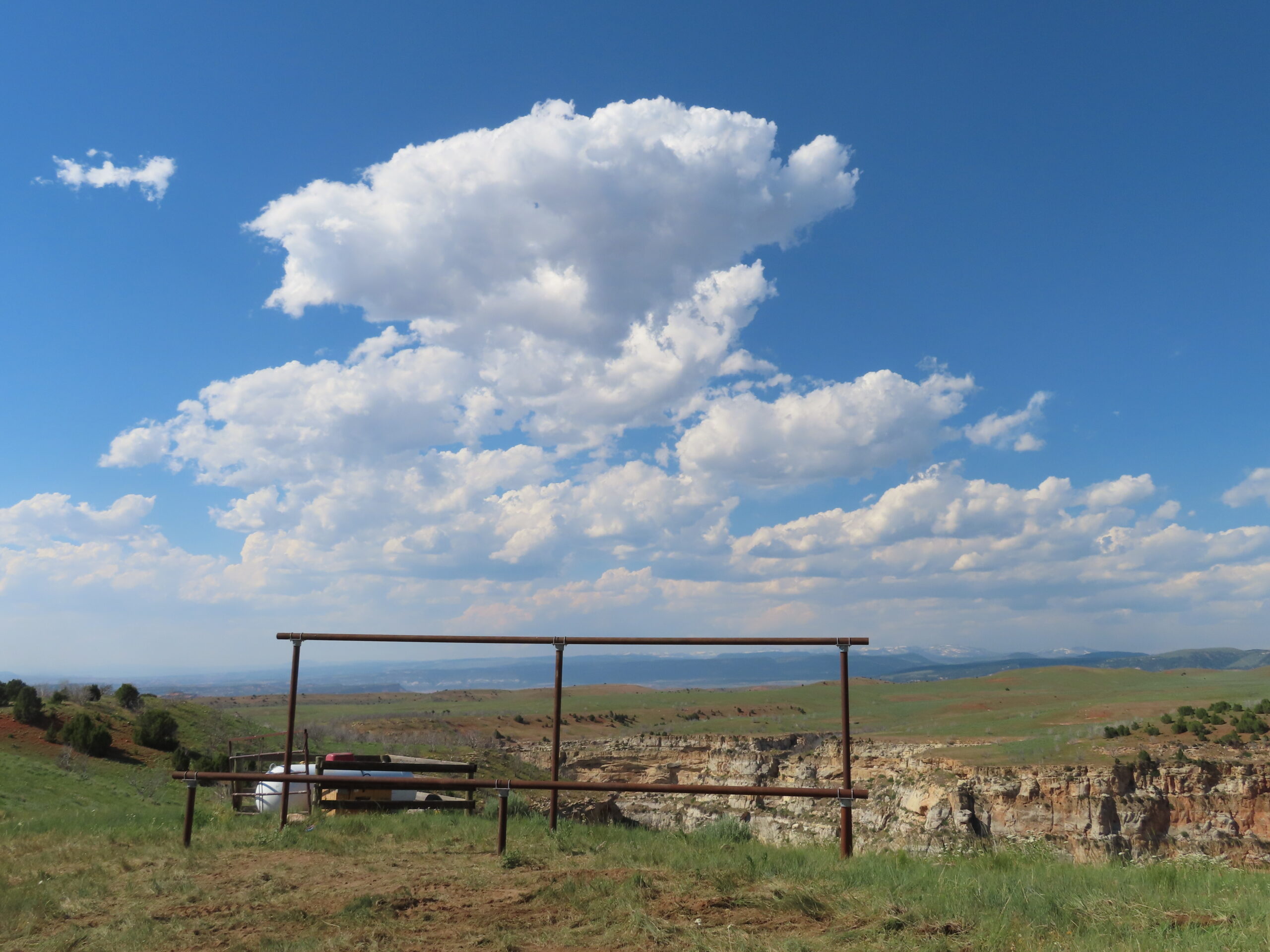 As par for our summers… we actually HAVE been working on a water project. We’ve been up to our Mesa Pasture a few times, returning this afternoon as well. It was 99 degrees. Not a great day for manual labor… but we had the skid steer, so life was pretty nice despite the temperature. A few clouds even drifted by for a while!

This is a rather extraordinary project… and I don’t want to reveal too much. I have a big video I will be making about it at some point, but in case you just thought we were sitting out here watching the cows get fat while we sit in the shade drinking ice tea… Here’s how we ended the day…

On the edge of 500′ Otter Creek Canyon… the posts are pounded into the ground about five feet! It is amazing the amount of work that went into this much! Oriented just right, squared off, pounded in relatively upright and level… I hope the rest is easier than this much was.

Like I said, I’ll be working on a video to explain and show the entire project… so hang in here with me!

4 thoughts on “On The Edge of A Cliff”