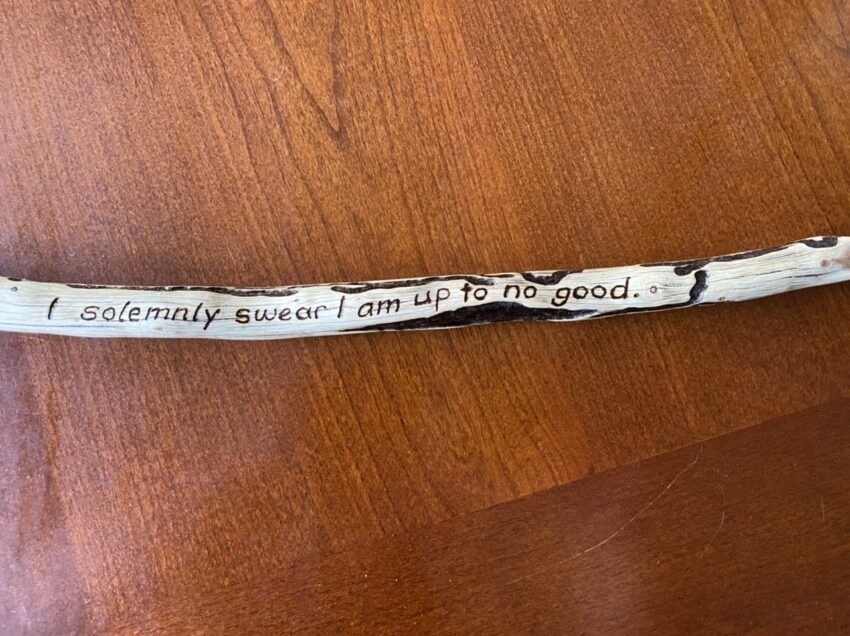 This time of year, I don’t accomplish much in the way of crafting. But today was cold and cloudy and it even showered briefly a time or two. It was difficult to keep from pulling out something besides dishes, cooking, and laundry to do! It reminded me that I *had* taken the time to craft just a bit last week.

Quinlan had his birthday and while he’d received presents ahead of time at his weekend celebration, I thought I’d make him something small for his actual birthday day. The kid wavers from Harry Potter to Star Wars, from cavalry to arrowheads. He always has a stick in his hand, you never know if it’s a wand, light saber, sword, or bow.

His Harry Potter wand had an aggravating and frustrating, long drawn out tale, but what it came down to, was it was gone. Megan and I decided he needed a new one…

This cedar tree donated one of its stout limbs… and after much sanding, some woodburning, and a bit of preservative, it became Quinlan’s new and improved Harry Potter wand.