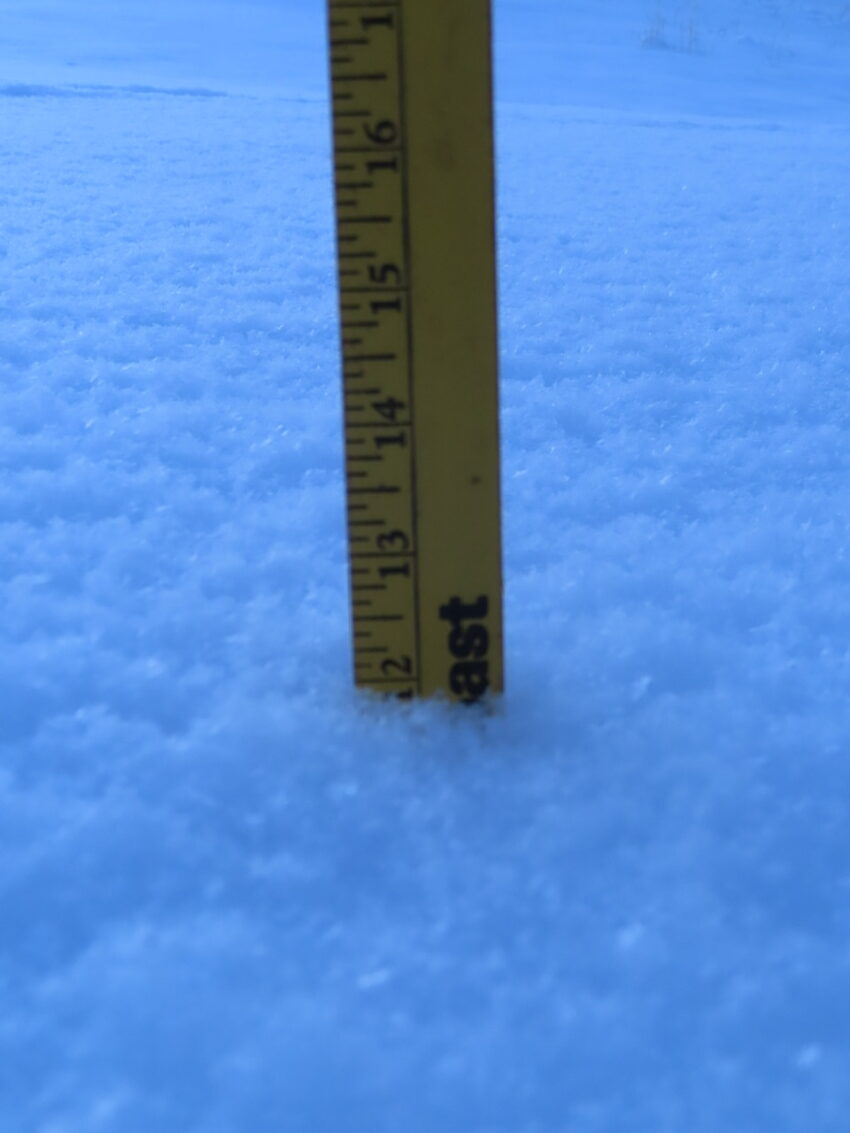 As calving season creeps closer, we keep an even closer eye on the weather if that’s possible. We should have been calving in January as nice as the weather has been. This last snowstorm was predicted to be either 1”-3” or 3”-5” depending on which weather app you wanted to believe.

Thursday morning I measured this.

A tad bit more than expected. This was measured the morning after the storm, so I imagine the snow had even settled a bit.

Did any calves arrive during the storm? No, thank goodness.

The weather has turned warm, melting the snow off of the highway and putting a crust on the remaining snow. Unfortunately, it’s supposed to turn very cold in a few days. We’re hoping nothing calves in the cold… but dropping barometric pressure sometimes can bring on calving if they are close to their due date. Time will tell.

While it may seem strange to calve so early, often it is nicer in February than later when the weather is more unsettled and spring blizzards arrive. It also is linked to when we can put our bulls out with the cows. We’ve tried to improve the genetics of our herd for ages… well, forever, actually. Depending on pastures and timing, it all becomes a process that culminates 9 months later.

And here we are, praying that they hold off until their due date when it may be just a bit warmer!