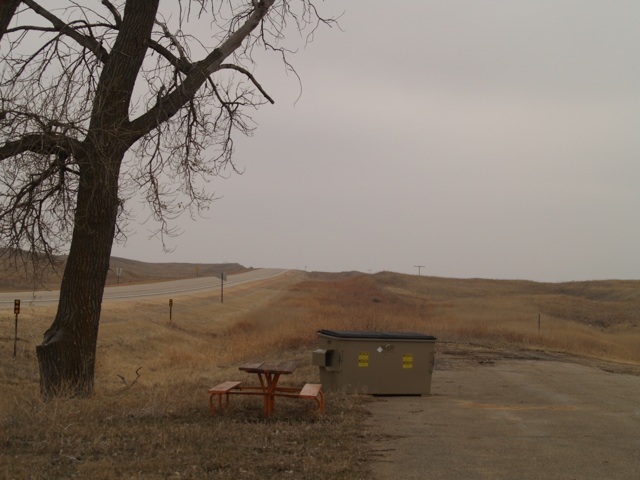 This was first posted March 28, 2011. I almost didn’t post this, as I’ve shared it multiple times… but it makes me laugh… this and the few posts before and after. My trip to Nebraska for a dog breeding was memorable!

I now perched precariously upon her decision… like a Fiddler on the Roof.
I had been Driving Miss Dally all the way to not-quite Valentine, Nebraska…   So, Miss Dally, what do *you* think?

He’s dark, he’s handsome…   He’s sniffing around.   Dally instantly growls, baring those pretty nice teeth.  My, oh, my!  What BIG teeth you have!

Hustler is not easily deterred and backs Dally into the back of my Durango. Yeah, she hasn’t even come out of the Durango yet, Derek and I both thinking she’s gonna put him in his place and we’ll get her out and let them do whatever might come naturally.

The scene was barely romantic.   I hadn’t driven all the way to Valentine (which at least has a romantic sounding *name*) because Derek was willing to drive until we just met up.

So he calls me on my cell and says, “There’s a BIG cottonwood with two cedars nearby and a picnic table… nothing else for miles around.  I’m driving a maroon Kia.”

Sex and the Country.

I turn to Derek and say something hilariously funny or sarcastic, I can’t remember which… then turn back to look at the dogs.

Doggone, if Hustler hasn’t jumped into the back of my Durango and is hustling my innocent little Dally!  Another growl and she does a 180 and flags her tail in his face.

So much for innocence.

So much for patience.

So much for worry.

So much for deliberation on the perfect mate.

So much for the interior of my Durango.

My sister-in-law later dubbed it the Love Machine.   Yeah.

Dally lost her virginity in the back of my Durango.

Derek and I couldn’t stop laughing… and freezing.   At least the dogs were smart enough to get out of the cold and wind.