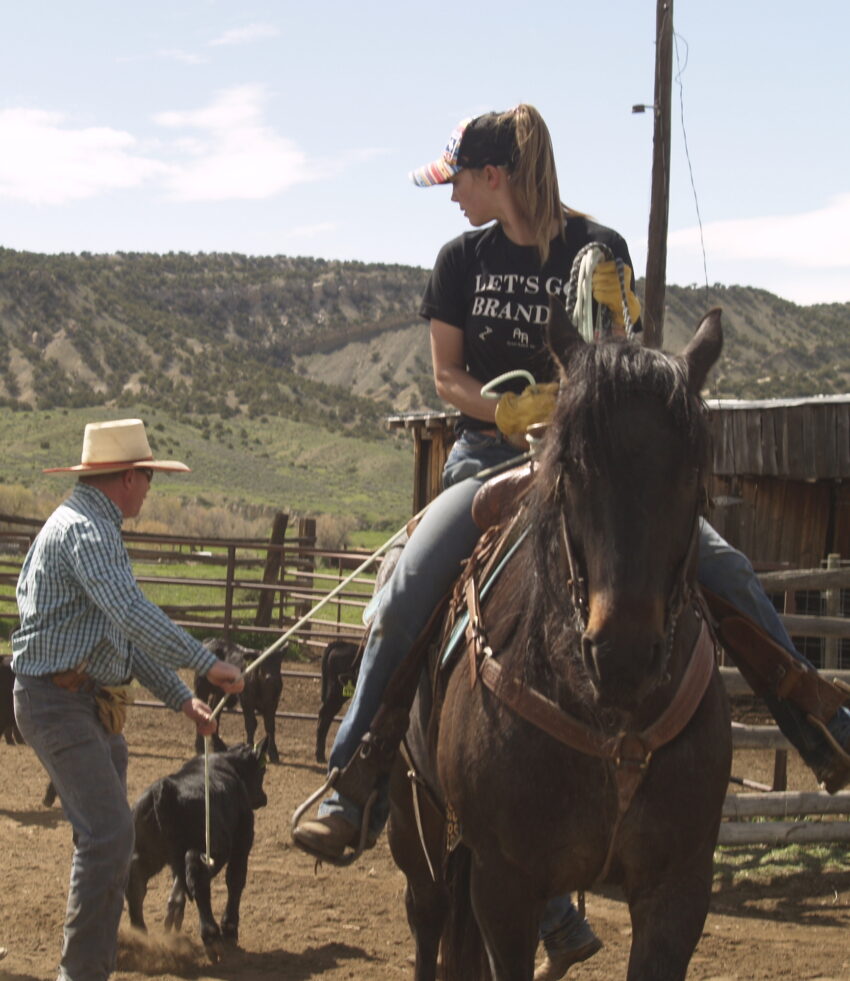 Come branding time, various jobs usually fall along certain lines. Traditionally, the owner brands his own calves. Younger folks tend to be the “wrestlers”, the ones that hold the calves down… speaking from experience, it gets harder to get up and down as your knees age and your belly gets bigger! Ropers are rotated in and out… you’re a wrestler until the owner asks you to rope. There’s not a place here for cowboys who refuse to wrestle and only rope. Girls can wrestle and I spent many a year doing that job. Often times you’ll get a new guy who will just try to muscle his way through branding and totally wear himself out by the end of the day. Wrestling is a great deal of leverage, though muscle is handy! Older guys tend the fire… keeping the irons hot is very important. Then there’s vaccinations… usually the job of us girls… and yeah, I’ve done that job too!

I only got to rope long long long ago… My best friend and I were given the chance to rope a small pen of calves… we were so bad, the guys finally had to take over or we never would have branded the calves that day! Victoria has roped since she was old enough… maybe twelve or so???

At our last branding, Megan and Tess gave roping a go…

I think they had a good time and they did a good job!

Maybe not my best photo… but take my word for it!