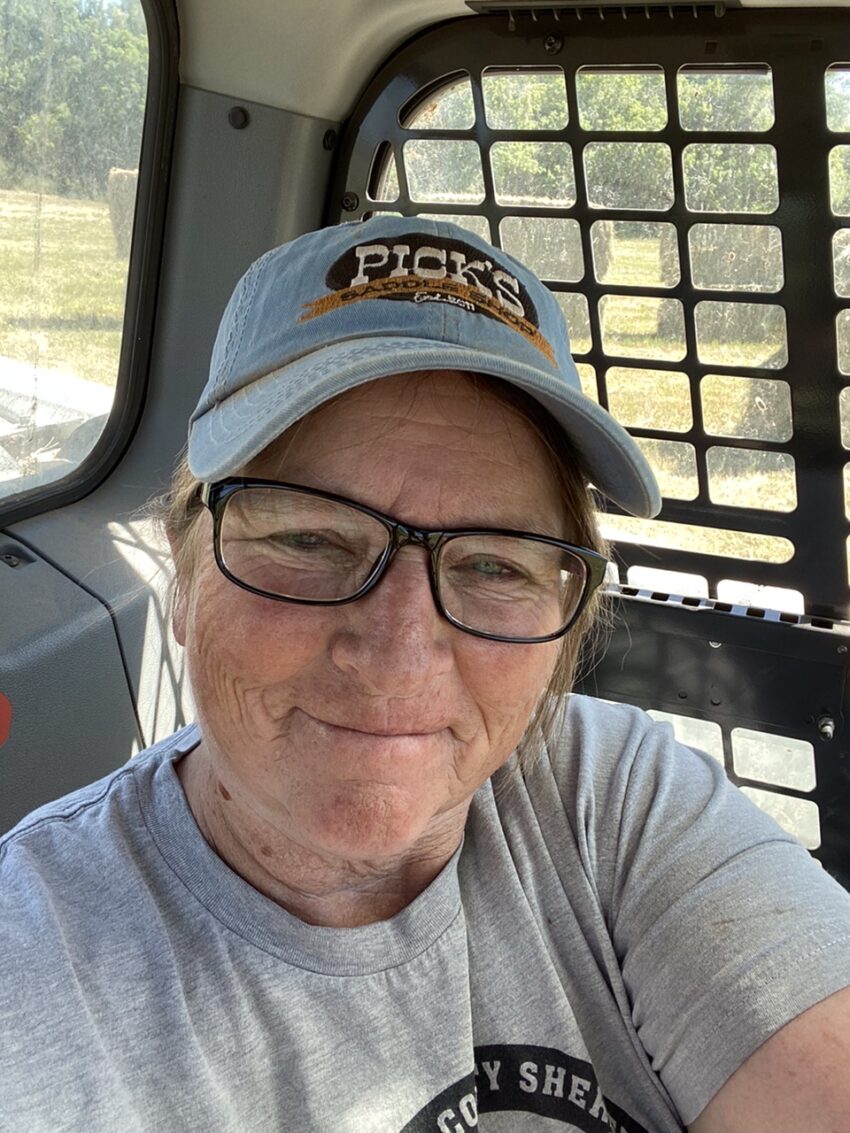 Ever since I moved to Ten Sleep almost 41 years ago now (!), the Fourth of July has been A Big Deal. There’s the parade, the rodeo, the street dance… rarely have I missed it… a few times camping with the family, or fishing or ? I’ve gone, hauled kids, got babysitters… and enjoyed it with my kids once they were old enough. I made the boys promise they’d always dance one dance with their mom… and taught them how to waltz and two-step just so they could. College helped improve their dance skills… I LOVE to dance! Vernon? Eh. Take it or leave it.

Vernon will watch rodeo on tv, but going down here to sweat in the sunshine, eh… not so much.

The typical question for me on the Fourth has been, ”Where’s Vernon?” “Haying” I’d reply… and they’d never be surprised. He’s responsible. Hard-working. Behind in his work(aren’t all ranchers?) and perfectly willing to have me go off and play while he labored along. I took the grandkids to the fireworks show and coming home close to midnight, there’s Vernon’s headlights coming out of the field. Like I said, he’s hardworking.

After the parade on the Fourth, we took Johnny home. At 91, the parade was enough for him. Vernon and I grabbed lunch… and then I made a decision. After almost 41 years of marriage I’d do it Vernon’s way. I’d help him in the hayfield, gathering up the bales into groupings easy to load on the wagon and haul to the haystack.

My equipment? Our little skid steer.

It has the forks on the front, and my job was to stab two bales at a time, raise them up high enough to peer under and chug along putting them in groups of nine.

Bravo was so confused. I’d never done this before. He ran alongside getting his steps in!

I’ve never been much help in the hayfield… allergies can really make me miserable… but being enclosed in the cab, with meds on hand, I puttered along all afternoon. No makeup, no contacts, that’s kind of how I roll this time of year!

I would have kept going, but I had a hot dog cookout to throw together, followed by our own fireworks.

Was it more fun than the rodeo? No.

Was there a sense of accomplishment? Certainly.

Will I help him with his work next year? Possibly.

I’ve been pretty spoiled getting to go play for two days in the middle of a busy time of year. It sure didn’t kill me to not attend the rodeo. Neither of us is right or wrong… we just have different ways of looking at things. I enjoy the recharge of time with friends doing something different… he’s happiest at work, especially with family around.

And really… there’s not much to complain about with this view!