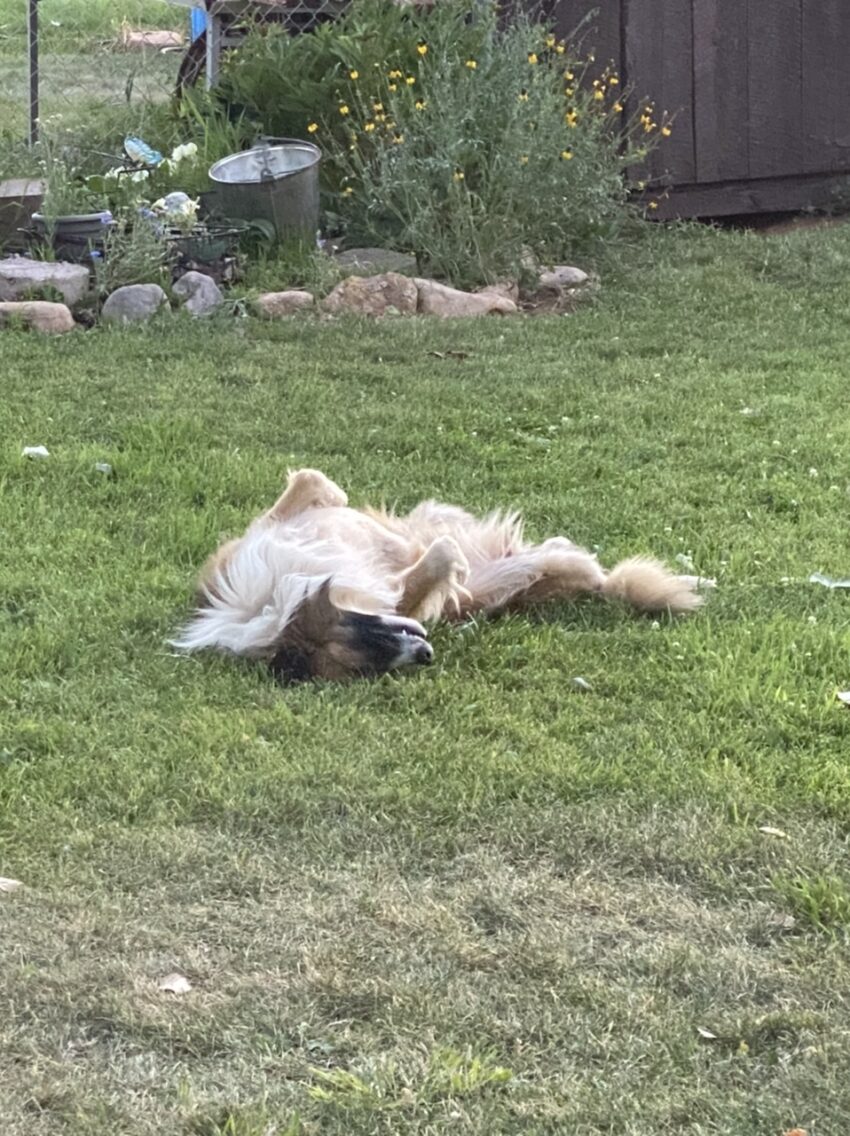 I was going to go back over to the Washakie County Fair to see Jaxon sell his steer. I’ve never attended a sale, always thinking that I couldn’t compete with the local businesses that buy the animals. That was still true. Jaxon’s steer sold well… but I sure didn’t bid on it!

Following the sale was going to be a first. ”Strut Your Mutt” was going to happen. A fun, short on rules dog show for the general public. Bravo is good on a leash for a ranch cowdog… and I thought it’d be a kick. They had categories like: Most Unique, Best Kisser, Best Paw Shaker, Biggest, Musical Sits, Best Eyes, Best Wiggle Butt/Tail Wag. You get the drift.

It was HOT. The temperature hovered around 100. They moved it into the sale barn instead of outside. It had two humongous fans…

Lacee, since she was Fair Junior Princess, was the judge. It was a tough job for her… she loves all dogs and some categories were pretty tough. I did give her the ”be honest, be fair” talk… It was getting down there… Bravo had lost the Best Looking Working Dog when therapy dogs were asked to join. Bravo may have had a chance with just the Border Collies. He had lost the Best Eyes… and the Most Unique. Bravo had tied for the Biggest Dog. Then came the Best Sausage Catcher competition.

I thought the intense Border Collies would beat me out. They didn’t. The Golden had a good chance. He didn’t.

We went clear across the pen… good boy, Bravo!

It was fun. It was hot. It was an excellent experience for him… He had never seen 20 dogs all at once before… some were unusual like the French Bulldog and tiny Yorkie and the Westie.

Not long after finally arriving home, I saw this.

He was OUT! Big Day! It was fun and something different!

9 thoughts on “Something Different”