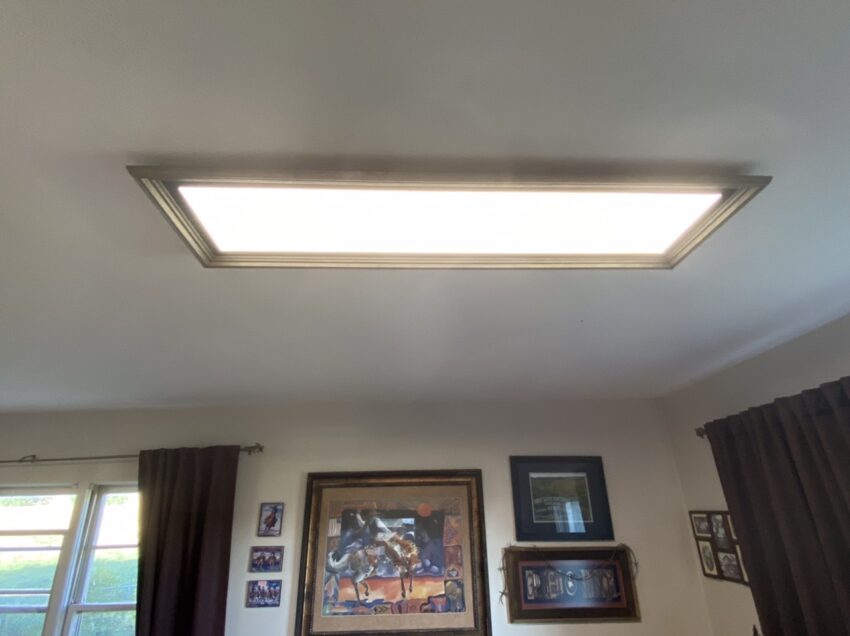 I totally fell into a hard sleep here on the couch last night, and there was no way I could have unraveled my brain cells enough to write a coherent blog post. Tonight seems much the same. While I’ve not been doing much, there are small victories.

Take, for instance, the celebration of the demise of the fluorescent lights in my living room. I never liked them, but they worked…

I replaced them with LED lights. We wanted brighter and these came with three settings. After installing them on the medium level, Vernon wants dimmer switches! The illumination will be good sometimes, but he’s wanting it a little less shocking to the system!

I like them because they won’t be filled with bugs and they remind me of a barnwood picture frame… just on the ceiling.

It’s not a big thing, but it’s surprising how long we put up with something neither of us liked, simply because it still worked. Who knows when we will get the dimmer switches installed… probably during the first snowstorm!

In adulting… it’s the little things that can give you joy!