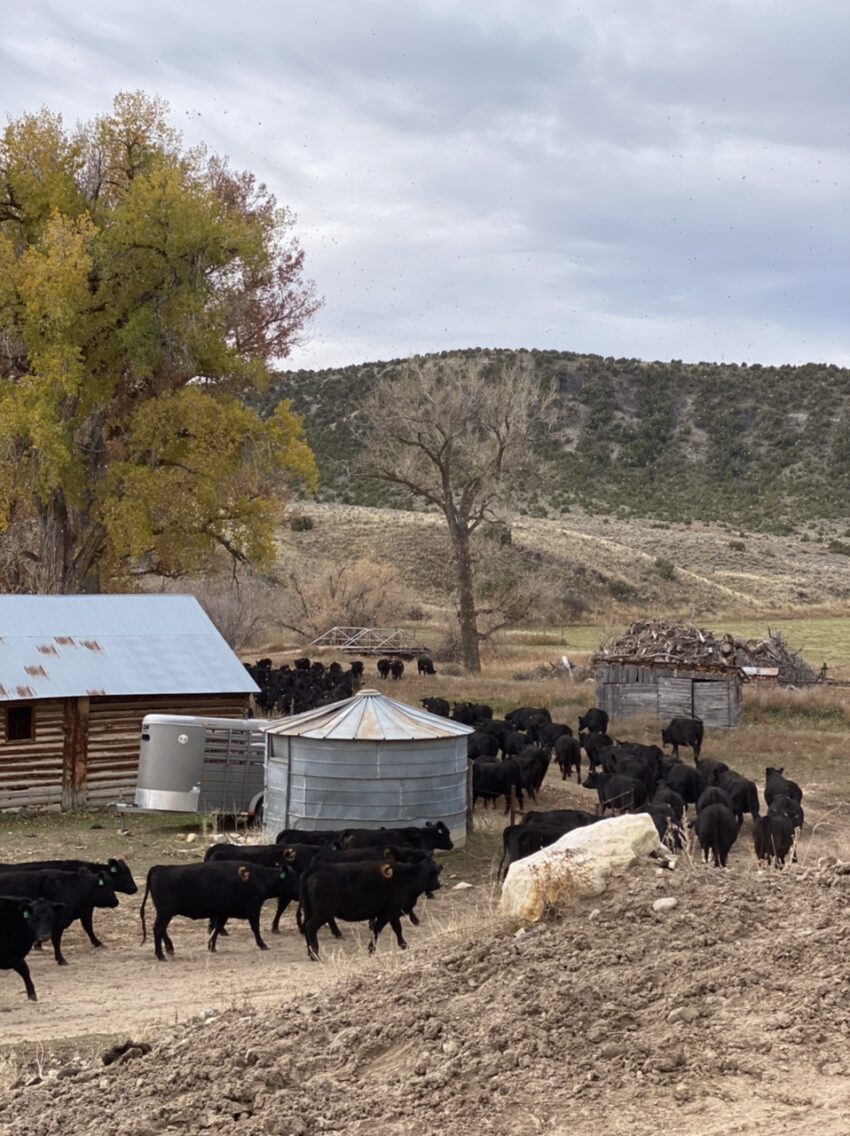 Cows were off the Mesa and settled in the Double Crossing overnight. We were to begin riding, gathering them and bringing about half of them into the corral. Half simply because our corral cannot hold them all at once.

Vernon and I drove in to the home place and cows came running. We were driving the pickup that is used as the feed wagon in winter, and they are well conditioned to come to the rough sound of its diesel engine. Meeting the other cowboys about half way in, we decided to use the feed truck to our advantage. Vernon opened the gate, and cows began to follow me to the corral with cowboys simply watching the areas where they may decide to break free.

Bravo was not impressed, having to sit in the backseat instead of out there chasing cows!

Successfully arriving at the corral, we soon were sorting them. Young heifers and those who are bound for the sales ring in one gate, older cows headed to BLM ground through another. Brandon had worked on the lists with input from Daniel and Vernon.

When the entire bunch had been sorted, we moved them to different spots. The heifers to an irrigated hay field, the older girls to the hard grass of the badlands.