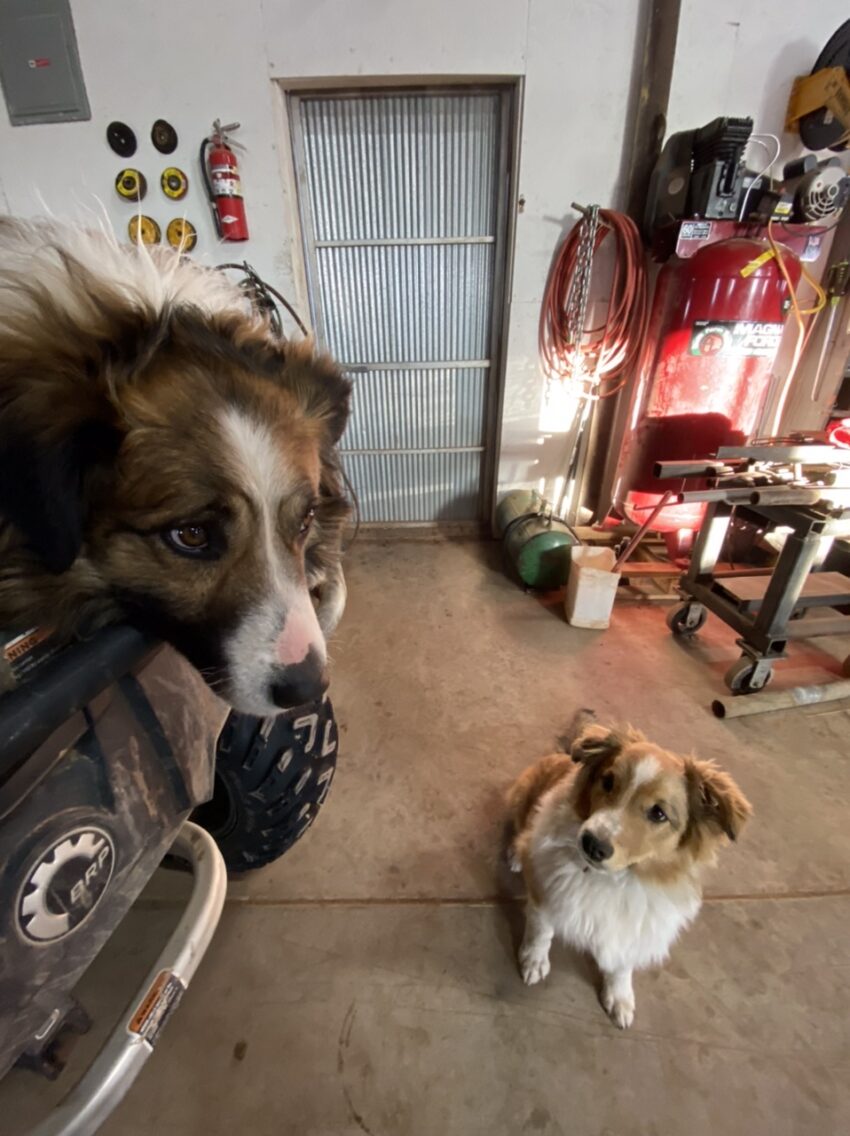 There’s been a fair amount of shop work, aka maintenance, on various vehicles lately. Occasionally, I swing by to see what the guys are working on, and maybe pass them a wrench or socket. If they don’t seem to need help, I usually wander on quite quickly. Mechanical devices and I aren’t usually on the same wavelength.

Here Vernon is half hidden by his four wheeler. The tires are off and he’s greasing the back axle and whatever (see? Told you I’m not into mechanical stuff) . The first thing I think of is that I’m amazed my washing machine can get all that shop smut out of his jeans and tshirt!

My partners investigate the shop, then as I lean on another four wheeler, Bravo thinks it’s his cue for us to go for a ride. Indy is simply confused since she hasn’t seen Bravo jump aboard and go for a ride before. Bravo is quickly depressed when I don’t climb aboard.

They deserve awards for their expressions, don’t you think?