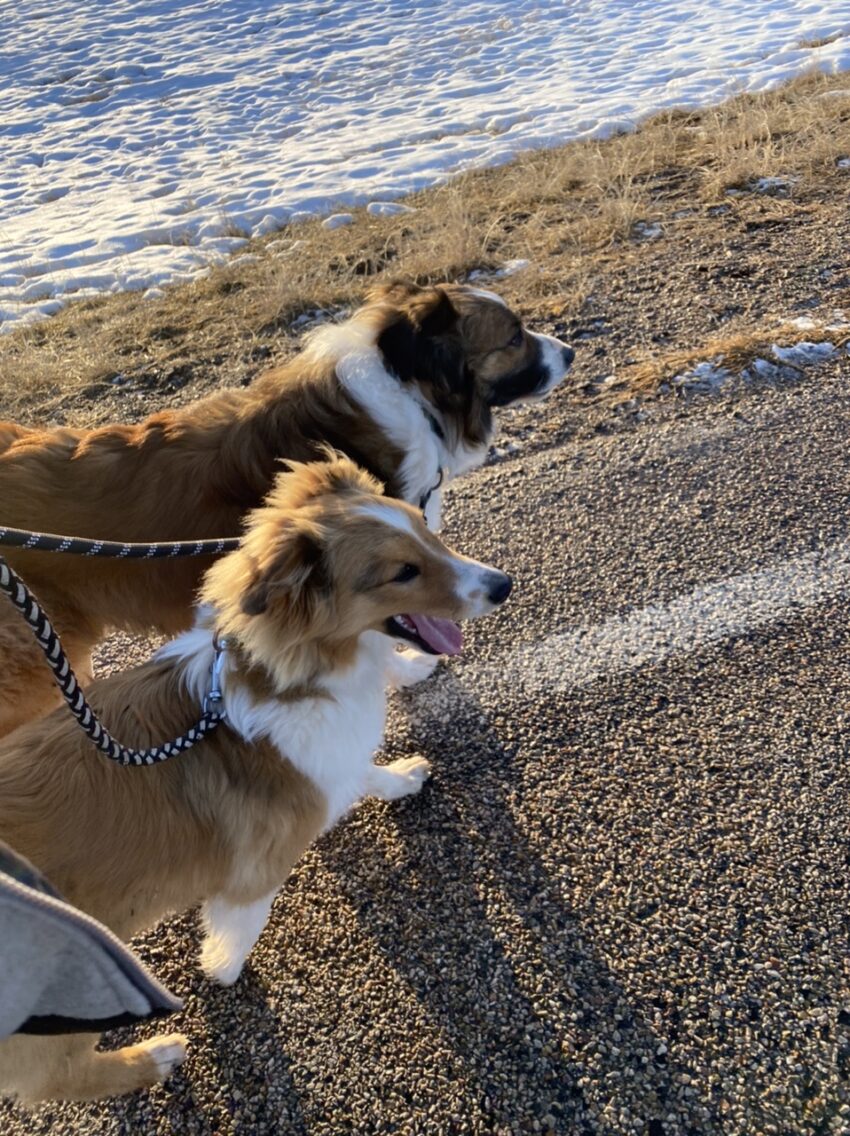 The little rain, rain, snow mix of the past twelve hours did make it slick, but as the afternoon wore on, the clouds continued their journey east, and the sun reappeared with a gentle glowing light. Time for me to stop my crafting and get outside!

My brainless dog, Bravo, knows quite well how to walk on a leash, but Indy and I have spent considerably less time on leash work. Why would I be rude enough to call sweet Bravo brainless? The neighbor’s dog is in heat. He’s had to endure days of being chained up. He won’t even be content in the house but must be outside where he must catch occasional whisps of her scent. He is thoughtful enough to repay me with occasional mournful howling. His mind is completely shot… thinking only of his beloved over the hill. Honestly, it’s not fun for any of us.

But the light was glorious, the weather nice, and I’d been inside long enough that I needed my fresh air dose.

Indy did quite well. We had the usual leash tangling to work out. I have a splitter where you can walk two dogs with one leash, but I wanted a bit more control than have her just drag Bravo along. This was the closest she’d been to traffic, so those three pickups and the school bus were great for her education. So were the wild turkeys and whitetails.

She’s a prancer… flinging drops from her front paws as she sashays down the highway. Bravo was simply tolerant. I’m sure he’d have been ecstatic if I’d walked the opposite way instead. Sorry, bud.