Today was gorgeous and I spent most of it outside, so this is a late post, sorry!
To continue the story from yesterday…
The preview show began at 8 am… that’s why we had to leave home so early.  We arrived in good time.  The preview is simply the seller’s showing off what their horse can do.  Some sellers “sack them out” aka waving a tarp or slicker over, around, and under their horse.  Some show how well they handle by doing roll backs or spins.
Some, like World Champion Bareback rider Deb Greenough, get cute little girls to help out! 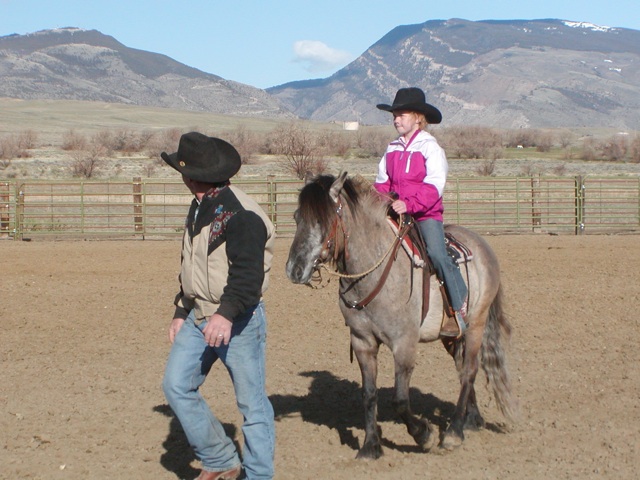 Some of the best cowboys are cowgirls… 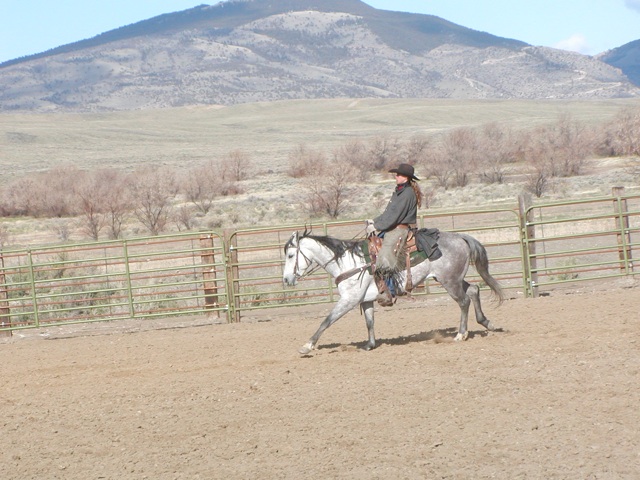 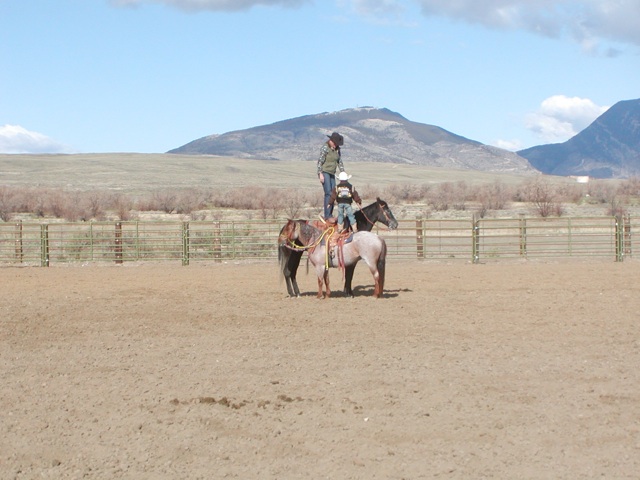 He then took off his cowboy hat and waved it around!  The little punk show-off!
After the preview, you could walk around and talk to the owners, try some out, then quickly head to downtown Cody.
This horse sale is held just a few steps off of main street in front of the historic Irma Hotel.  Buffalo Bill built this and named it after his daughter. 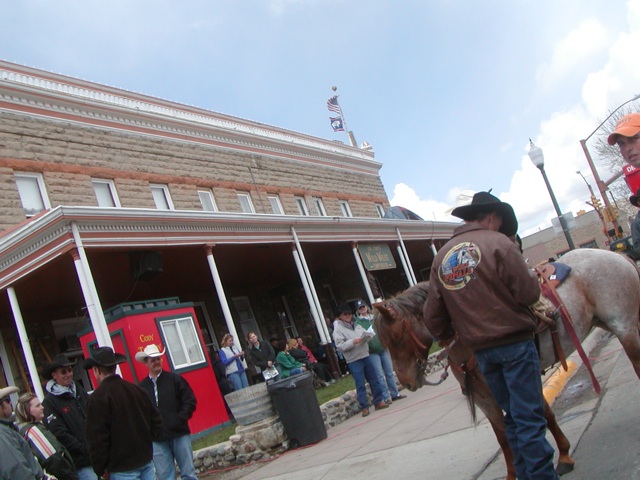 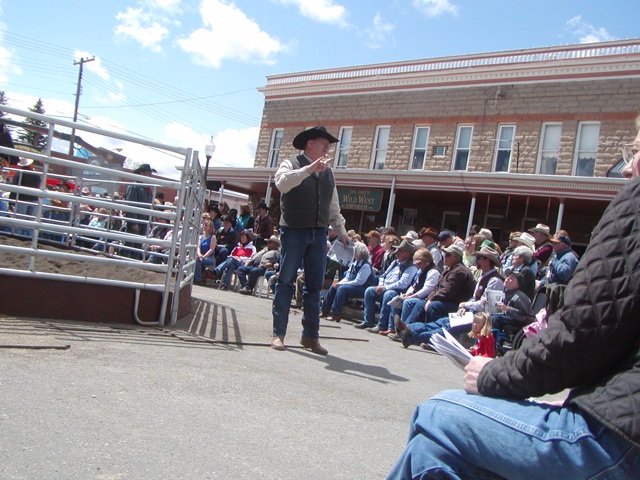 The auctioneer’s assistants were ready to take bids… the pen was set, the crowd in their seats… and we’re off!
I had my choices set… the little black I had my eye on based on his catalog entry and video turned out to be perhaps a little more “dude” horse than I wanted.  I was going to keep an eye on him, but he sold #76… That meant I’d have to pass on 75 other horses before him… and I wasn’t willing to do that!
My second choice, and one I thought would bring a lot because of his looks… did. 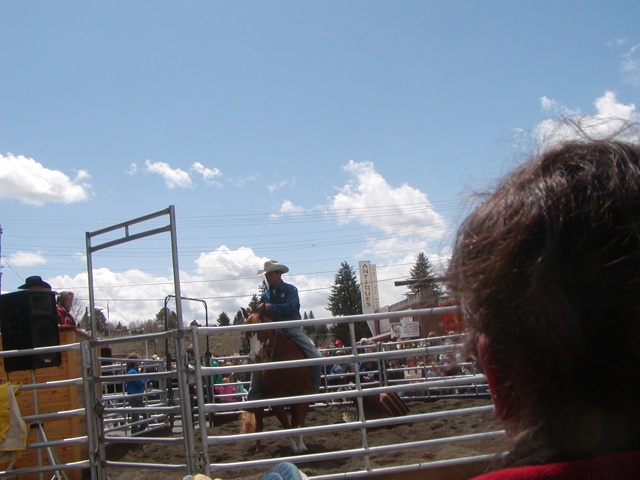 Smart Little Splash brought $7000.
Rats.
My third choice had been a no show.
Rats again.
We had chosen one we liked in the Preview.
Not gorgeous, but nice enough.
No big butt.
A little bump on his nose.
Red dun with a narrow blaze.  No flash or splash on this horse.
But I climbed on him… on pavement in downtown Cody, Wyoming… and in 15 seconds, I was in love.  This is a “pinkie” horse.  That’s all it takes to ride, turn, stop, and back this horse.
wow.
wow.
Did I say “wow”?
So here he was today… in my corral. 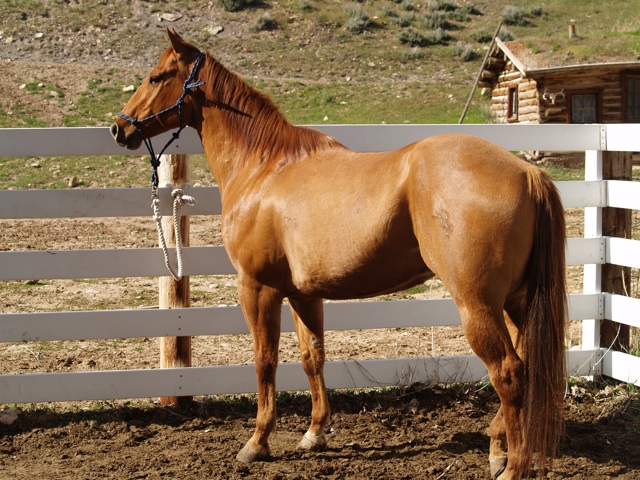 We took a small jaunt.  He has been a feedlot horse, and this country was very new and he kept turning his head and LOOKING EVERYWHERE.
His ears were on swivels.
He kept snorting in smells.
He’s a fast walker.
Still a “pinkie” horse.
I am still in love.
With everything but his name.  Gonna change that.  Yup.  Not gonna tell you what it was either.  And I’m not gonna call him Dunny.
And by the by… the little black horse???  Sold for $9750!!!
Find me here!