For those of you that have followed me for a while, you know I share my Cousin Robb’s worldwide adventures.
Cousin Robb is a workaholic who saves his money and then quits his job to go travel the world… usually as far from tourist destinations as possible.
Other adventures of his can be found by scrolling down and looking on the left side of this page for links to his unbelievable photographs and stories.
I’m splitting this entry into two parts…
The guy got a little wordy in his last email…
Is it because his dad and my dad both came from the same storytelling grandfather? 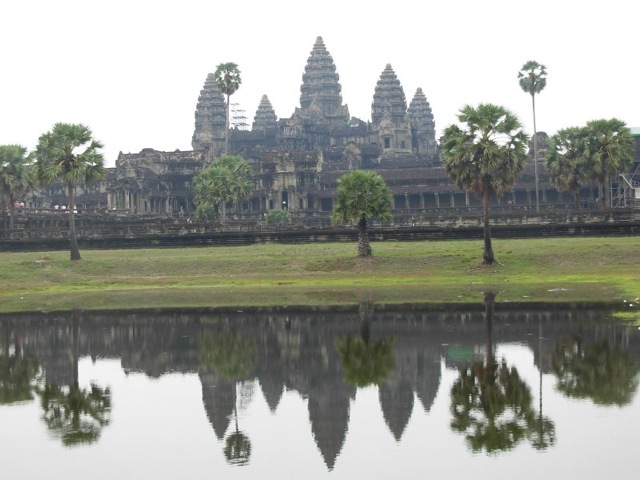 (Angkor Wat… built in the 12th century)
Friends and family!
Funny how many emails I’ve received asking if I am still alive (it’s not that bad out here)…or, even more prevalent, merely requesting something new to read while supposedly working… Interestingly, in parallel for the last few months, I have asked the same of myself: When will an extraordinary experience unfold worth sharing, worthy of words….worthy of your employer’s time and money? Well, it took me quite some time to realize that the experiences I seek were not lacking – as they truly unfold daily. They had just become, curiously enough, unconsciously mundane…quite extraordinary in and of itself! 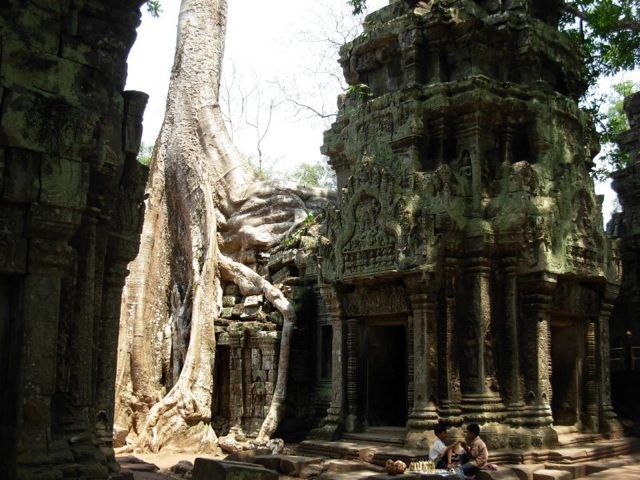 Since my last communiqué, my travels have included Southern India, Cambodia, Vietnam, Laos and now Thailand. Yet what does one do? Where does one go when the extraordinary becomes the ordinary…when new beginnings are rife with routine: another amazing sunset; another timeless artifact; remarkable painting; beautiful sculpture; beach paradise; priceless ruin, wat, temple, monastery, cathedral, tomb …this world is full of the priceless. What are you suppose to feel over and over again? Awe? or Yawn? (extraordinary similar in tone and mouth structure). But, of course, it is plainly just a matter of perspective…and simply this regurgitation at your (employer’s) expense has been most helpful! (As well as remembering that as late as 35 years of age, I was still working in a windowless cube….).
In context, it does makes a bit of since, considering I am pushing into nearly a year without knowing where I am going to sleep each night, where or what my next meal will be, who my next friend or foe will be…..so the search for life continues rather quickly, yet over much time.

So as I think back over these months with a beginner’s mind, several experiences do feel valuable, thought-provoking, or simply entertaining: 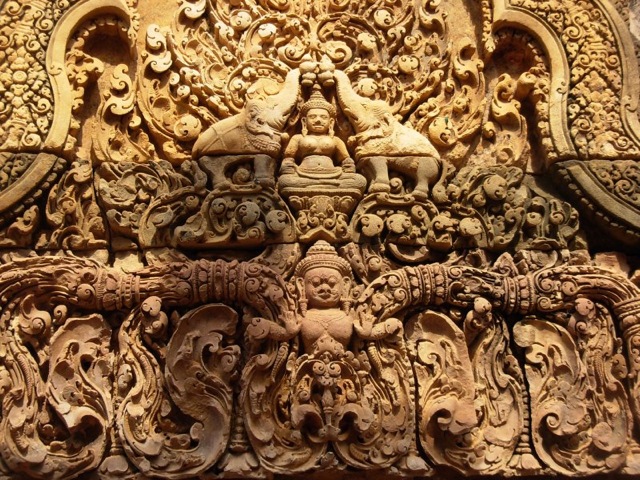 Tests of will:
After this list of fun foods, and the crazier experiences in general, my thoughts turn to a junky….one who needs a consistent, if not increasing, fix in order to remain, as only the junky would explain, stable. Why else would I put that stuff in my mouth? 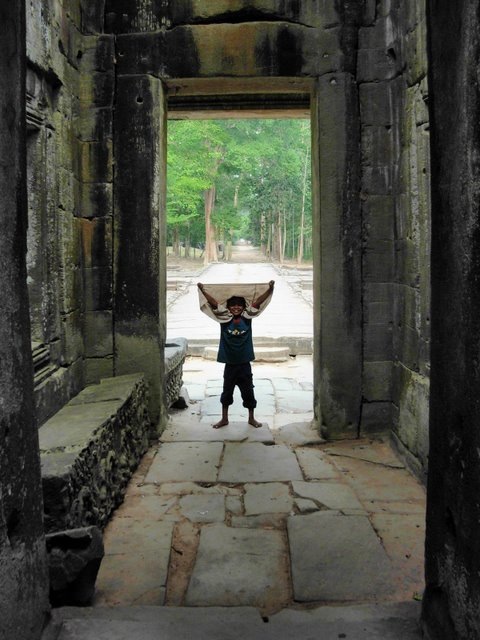 (To be continued… this is one of his little tour guides…)
Find me here!