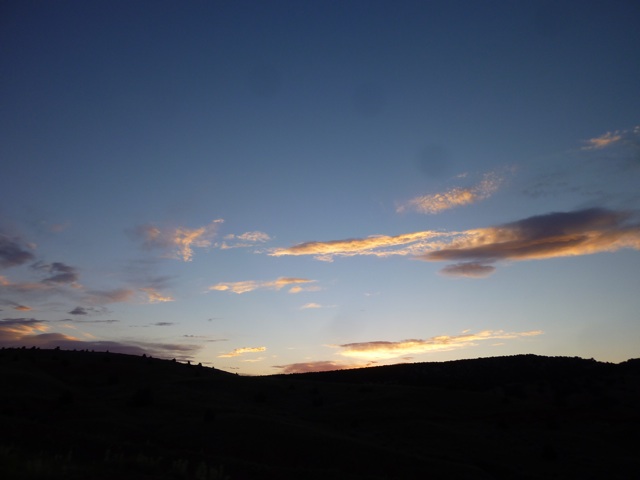 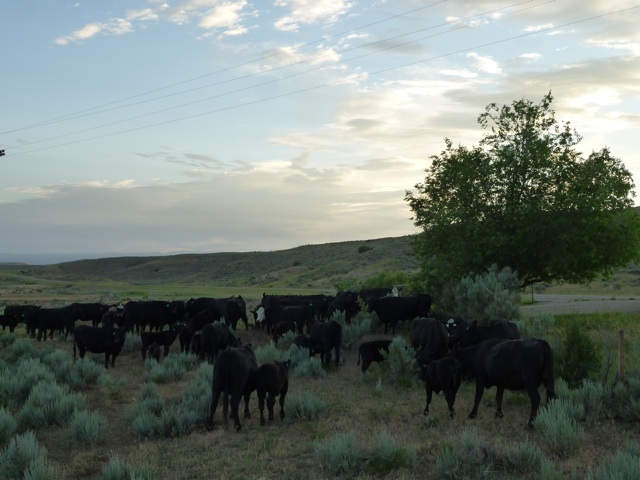 We counted.
We had 53 pairs and two bulls.  Rats.  I held them along the highway as Daniel and Brandon went on the search for those two missing pair.  Despite their best efforts, the two never turned up… though they found a bull that should have been in a different pasture.  They tried to bring him along, but he decided he was perfectly content where he was… and we were burning daylight and heating up the more they messed with him.  They decided to battle him another day…
We cruise down the highway for a couple of miles… 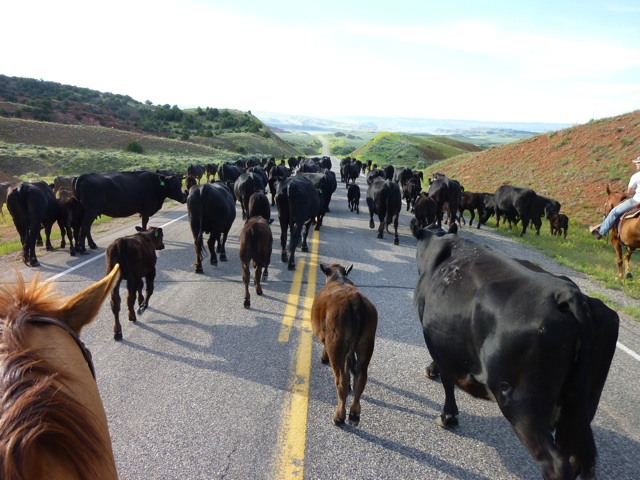 Dally was doing some great work.  Everytime she snuck in there and bit them low and quiet I was ecstatic!  Boomer gives her confidence… his style is “bark and bounce”, rarely connecting, (and often infuriating to me!) but with him making the run alongside her, she’ll cut in and make contact just if he even feints that he’s going in!  You can read her mind…
DALLY: “Should I get this one, huh, huh?  Is she far enough out of line yet?”
BOOMER: “I’m gonna get her…”
DALLY: “You’re going?  I’ll get her, just watch me!”
BOOMER:  “You can have her! <barkbark>”
Dally even hung on the tails of a few cows and went “skiing”… brave dog! 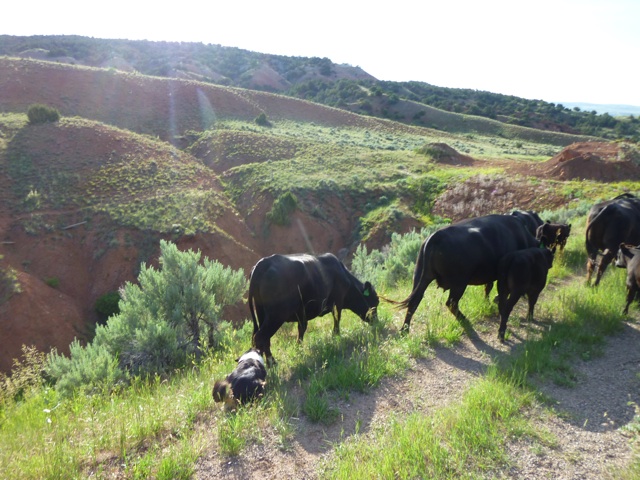 After the few miles on the highway, we cut east and head up hill.
This is another one of my favorite spots to ride.  The red chugwaters snuggle up to you, creating a dramatic backdrop. 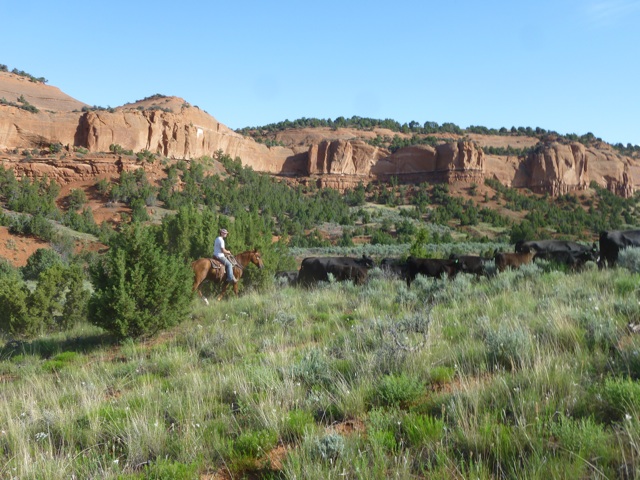 My camera starts arguing with me… I can open it, but I can’t use any zoom without it shutting itself down.  I miss lots of shots.  Again, Panasonic’s Lumix is failing me after three months.  Time to get on the phone… see if I can get any money out of this… and perhaps head over to Olympus this time. <sigh>
We ride through horse high sagebrush for almost a mile… It’s difficult to see that Brandon’s on “the brown horse” or Daniel is aboard Rooster in this photo! 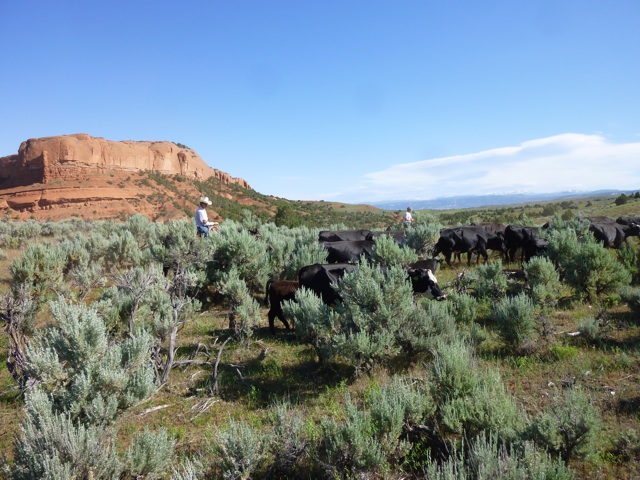 Frustration overrules me and I put my camera away… even though there’s a world of gorgeous scenery around me…  time to enjoy it without a camera in hand.  We continue on, reaching our destination with no problems… and mother up everyone through the gate.  It works out perfectly and we’re done with our morning project… Time to get back to haying!
Find me here!