So I admit it…

I know nothing about pigs.
We were given one for an early wedding present… his name was Amos.  I believe Vernon really hated hauling him to the processing plant… but I hadn’t been around him much.  I patted him on the head like three times… and ate him after we got married.  That’s it.
Nevertheless, I was deemed piggysitter and left with basic instructions and some rags.
“Wipe ’em off good… milk her out a bit… and get the piglet on a tit.  Rub her belly (hard) and tell her to “Lay down, pig!” if she tries to get up.  She’s a friendly pig, last year’s 4H project.  Her second litter, so she knows what’s going on.”
OKayyyyyyy.
Got it.
I got 20 minutes of reading in, a few photos of the old cabin that sits next to the pig shed, and when I peeked over the fence, little hooves were appearing.  Wow.  I was in business!  It went from piggysitting to farrowing, just like that! <snap!>
For those of you who can’t view video… I managed a few quick photos… but most the time I was fairly busy, wiping them off, and getting them to suck.
I was amazed at how they just literally pop out!  Here’s number one.  Mom got up and walked around… which I understand is unusual… so we had to wait for her to settle back down!  That’s a bowling ball next to him… I assume it’s a pig toy.  Why else would you have a bowling ball in the pig pen? Visions of piglet bowling float around in my head… 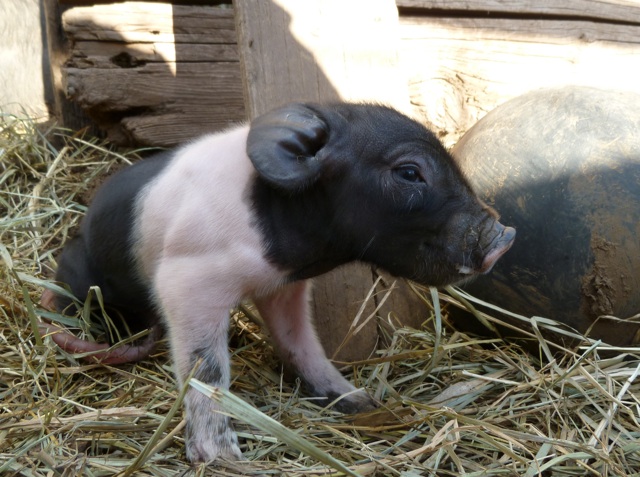 I was amazed at how fast they are up and trying to suck <like immediately>. 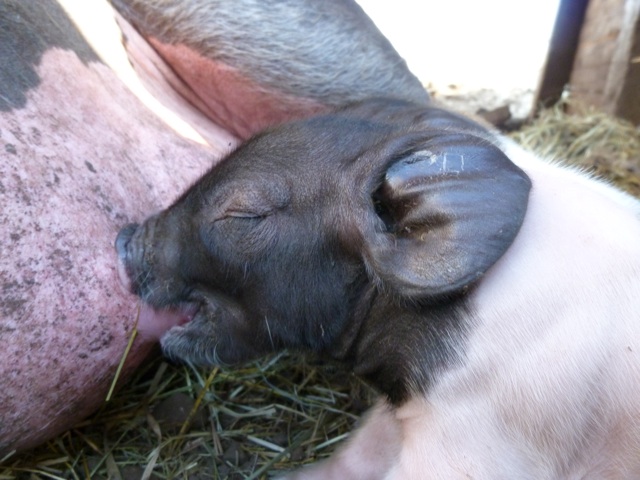 I was amazed at how competitive and full of ATTITUDE they are. 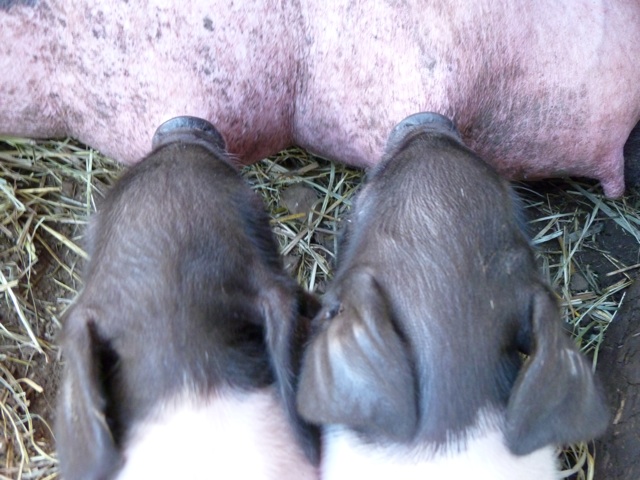 I was amazed at how after the first piglet, Momma just buried her snout in the hay and was practically comatose for the next 10 births!  She never raised her head, just an occasional stretch and curly tail wiggle (which usually preceded another birth!).  Perhaps a grunt or two if the babies squealed… and my! how they can squeal! 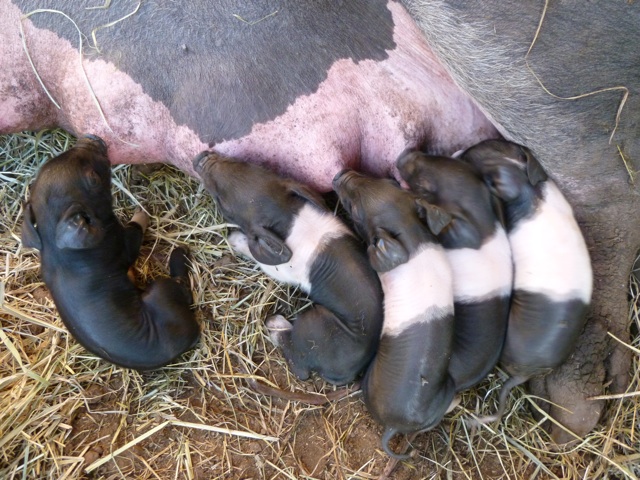 I was amazed at how they have sharp little teeth… the buggers!  A couple times they even latched onto another’s snout which made the other little piggy SQUEEEEEALLL! 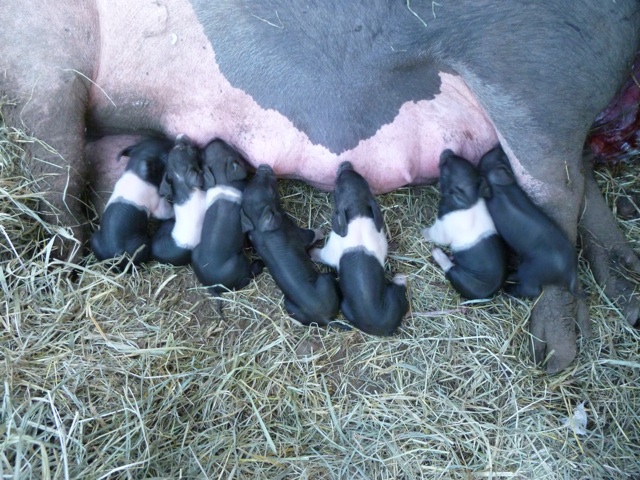 I was amazed at how by the time we were done… right about dark… the first ones seemed to have grown!
I’m invited back to see them in a few days and if I do go, I’ll be sure to take some more piggy pics!
I think I’m a fan… thumbs up, Little Piggies!
<Gotta love those Little Piggies, y’know… they eat roast BEEF!>

Piggysitting from Carol Greet on Vimeo.