‘Tis the season.
I’ve loved it a long time… back in the day I cheered for the Dallas Cowboys and the Oklahoma Sooners.
Why?
‘Cause that’s who my parents cheered for.
Okies do that.
When we ended up in Wyoming… we switched to the Denver Broncos and OU.  On occasion we’d cheer for the University of Wyoming, but Mom worked for Casper College – who has never been accorded the distinction of being the *second* four year college in Wyoming – though it should have been.  The Casper College v. University of Wyoming didn’t change when I went to UW.  It didn’t change when Victoria received her degree through UW without stepping a foot onto its Laramie campus.
But my boys?  They’re brown and gold Cowboy fans all the way.
I love Casper College, but they don’t have a football team.
I now fly that UDub Cowboy flag with pride.
Daniel’s senior year in high school, Ten Sleep switched from 11 man to 6 man.  After years of playing 11 man football with 13 players, they finally joined the Montana 6 man league.  The eleven boys had played both ways, hardly ever getting a break.  We thought joining 6 man would be easier.  Then we were down to about 8 boys on the team.  Things didn’t change too much!
Plus, we had to go to Montana to play.
Definitely nothing against Montana… but have you ever driven across Montana?  It’s a hell of a big state.  It takes 2.5 hours just to leave Wyoming… then try driving to Highwood, Montana.  The only good thing was that they could take 2 Suburbans and leave the school bus behind!  We saw our share of tiny towns hidden off the highways for two years.  We made most of the games.
Six man football is a kick!  Action packed and high scoring.
After a few years in the Montana League, Wyoming finally came to its senses and formed their own 6 man League.  Now Ten Sleep has to drive across Wyoming instead of Montana.
Today was homecoming.
Us versus Kaycee, Wyoming.
Back in the day, I was the unofficial team photographer…  Sending pics to the newspaper… giving the team shots of their touchdowns or smashing tackles… creating a slide show at the end of the year.
Today I took 7 photos.  Tossed three.
My, how time changes things…
but some things stay the same… 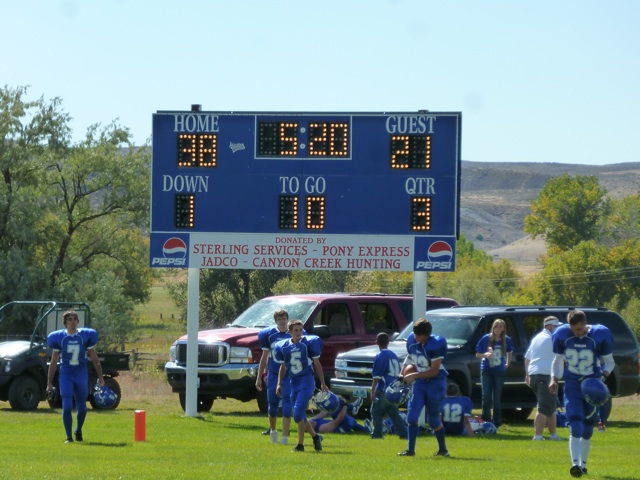 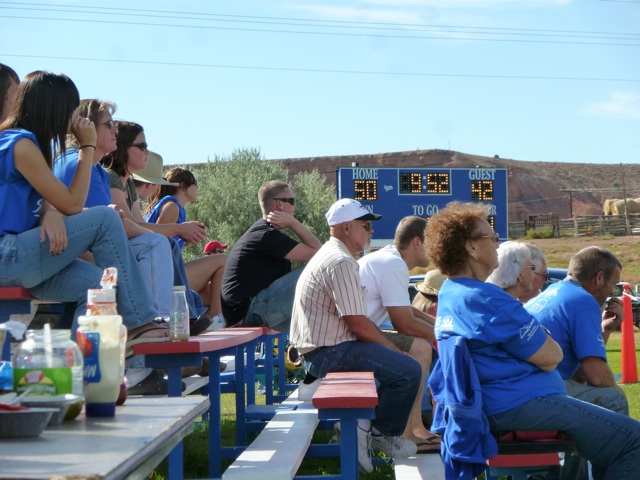 The bleachers?  Built by an Eagle Scout a few years back… The rest of us stand on the sidelines.  Yes.  Right *on* the sidelines.  Watch out for wild passes or tackles headed your way… it’d hurt.  I LOVE standing on the sidelines… up and down the field… watching the action up close!  <OK, today I stood in the shade and visited with Victoria>  But I was always right there in the action… with my camera. 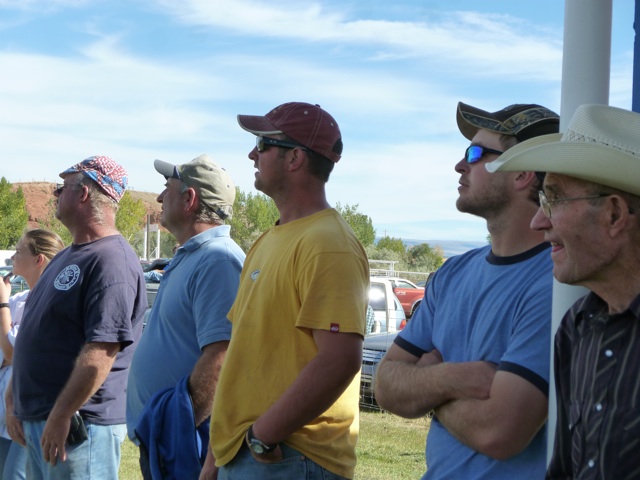 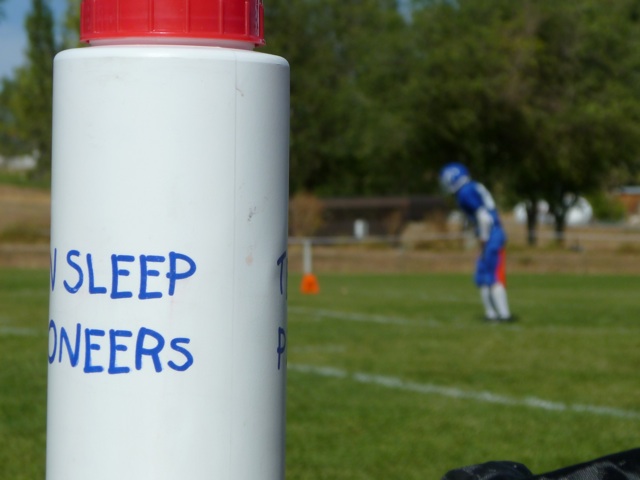