Elsa continues to limp along… licking her paw…

Though she wants desperately to go to the corral and on the feed trailer in the mornings… I’ve forced her to stay inside.  She gets the elevator treatment getting in and out of vehicles.  (And… boy, is she overweight, what a lard bucket to pick up!)  She has chased and run probably more than she should, but I consider it a good sign!
If anything happens to Dally, I’ll be sunk.  I’ll just have lame dogs everywhere!  But as our Good Doctor says, “In the Land of the Blind, the one eyed man is king.”
Lucas was fairly loud about his discontent the day Elsa was helping trail.  They give “The Look” to Boomer, who returned to the pickup wanting a lift. 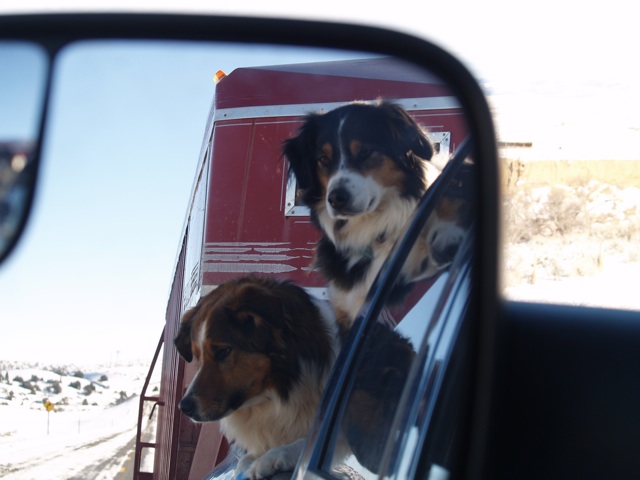 Elsa kept working and Lucas sent her a “Boowwwoowwooowowoowowww” 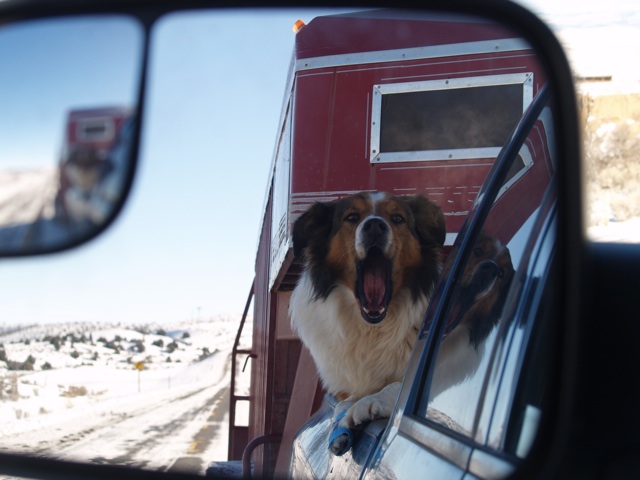 Just how many reflective surfaces could I capture them on? 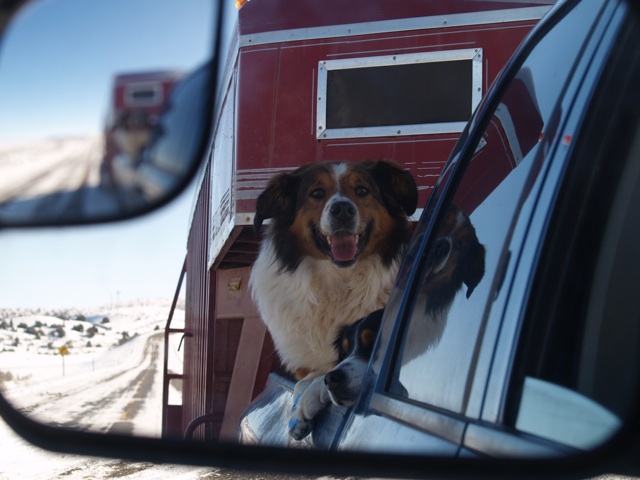 A puff of frosty air blurs him as Lucas lets out a Big Sigh. 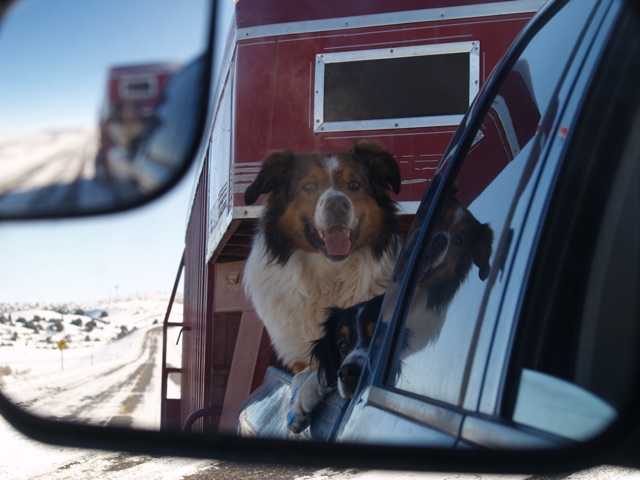