Ah.
Scheherazade was right!  😉
It was much too late and I was much too tired to finish yesterday’s story… but let us pick up where the tale had ended.
Elsa was helping Vernon and Daniel trail cattle down the road.  A unique activity because I was driving the pickup, and rarely will Elsa leave my side.  They are nicknamed English SHADOWS for a reason.
But there she was… jogging along behind. 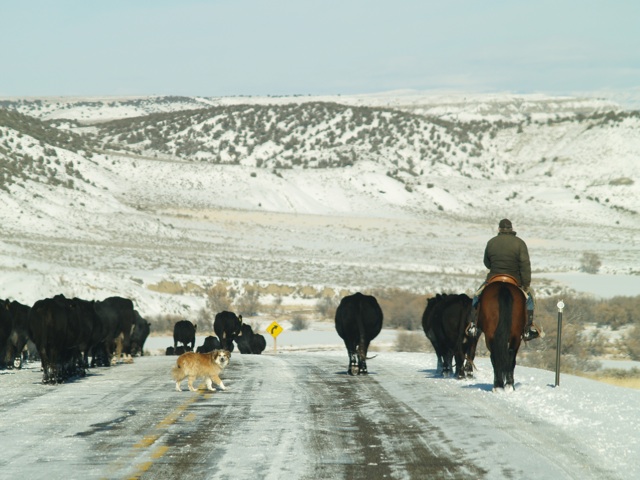 Lucas and Dally in the back of the pickup would whine… or I would rev the engine to move forward… and Elsa would look back.
But she’s doing a good job as cowdog… even following Daniel into the deep snow… thinking there may be an errant cow. 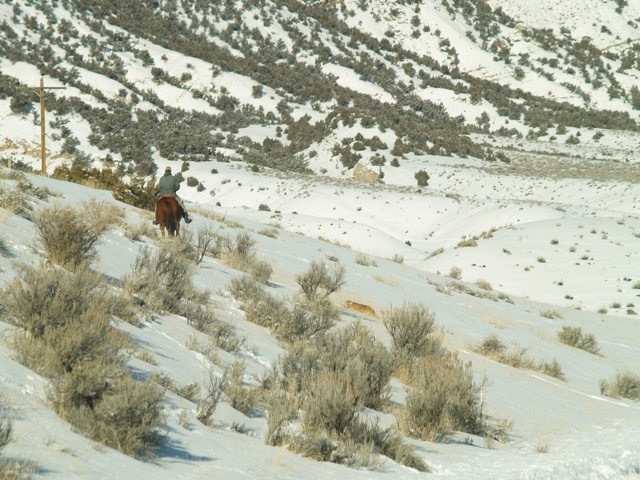 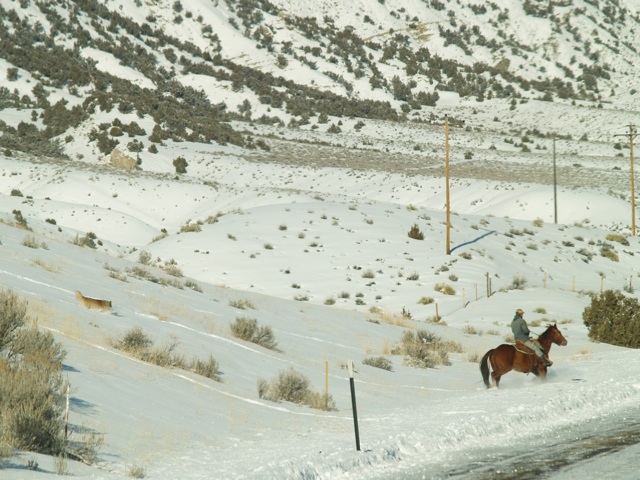 She would come back to work… 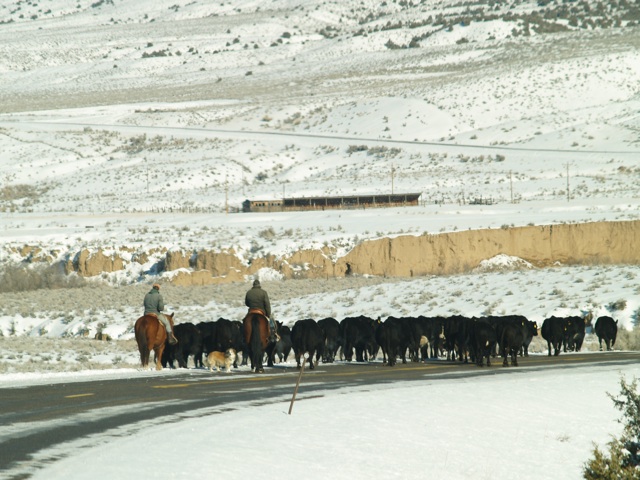 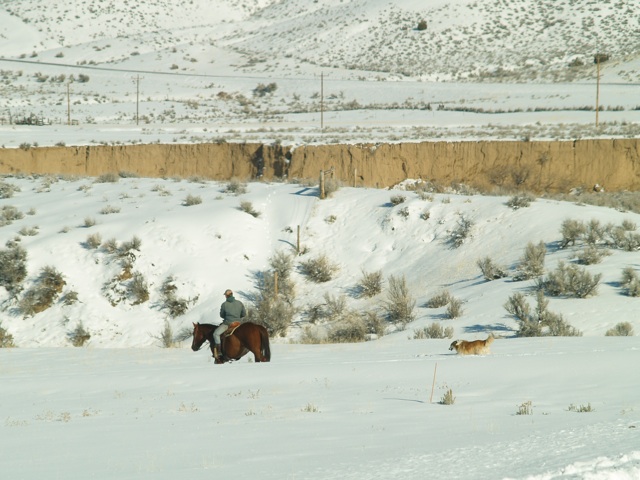 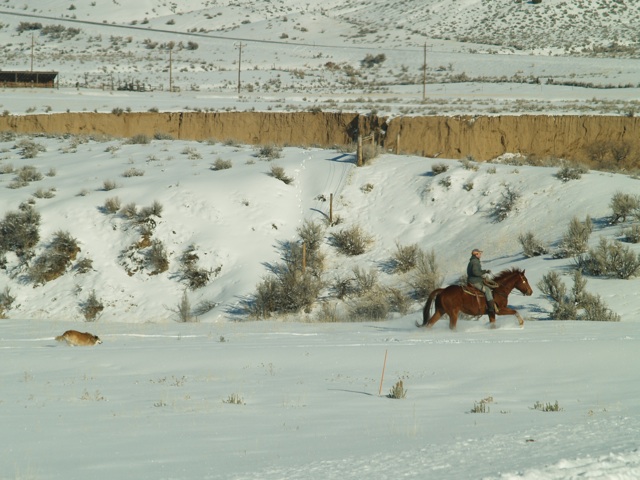 A bit more work and we’d reached our destination.  I let Lucas and Dally out of the pickup and they were OFF chasing bunnies.  Elsa joined in, and I never gave it a second thought.  They always chase bunnies (but rarely, if ever, catch one) and I occupied myself with photographing *whatever*.
Shortly I noticed Elsa wasn’t chasing with the other two… she was sitting… licking and licking at her paw.  “Hmmm.  Must have a lot of ice or snowballs on her hairy little hobbit feet.”  Click.  Click.  Zoom.  Click.
She finally walked towards me… in a snow rut where I could actually *see* her front feet.
They were bloody.
I hustled to her and took inventory.  A nasty gash had opened up the top of her right paw, peeling the skin back and looking fairly gory.  No tendons seemed to be cut, but it was difficult to see through the blood and her licking.  She was walking fine… barely a limp.
But blood was everywhere and she continued her cleaning.  I had no dog first aid with me… bandaids and “people stuff” were in a first aid kit in the truck… but honestly, her licking was probably the best idea.
I had to find how she she did this…
I backtracked her.  Very easy to do in the deep snow.  My CSI skills quickly figured out the scenario.
Three dogs ran under the porch on the old house, and they flushed a rabbit.   The rabbit took off around the house and the dogs were in hot pursuit.  Unfortunately, an old storm window had fallen off of the house, and was leaning up against it.  Elsa’s second step had broken through the glass, a shard slicing her hide.  Only a fleck or two of blood had appeared at first, but as she continued the chase, more and more blood leaked out.  By the time she stopped by the shop, she was leaving a pretty good trail. 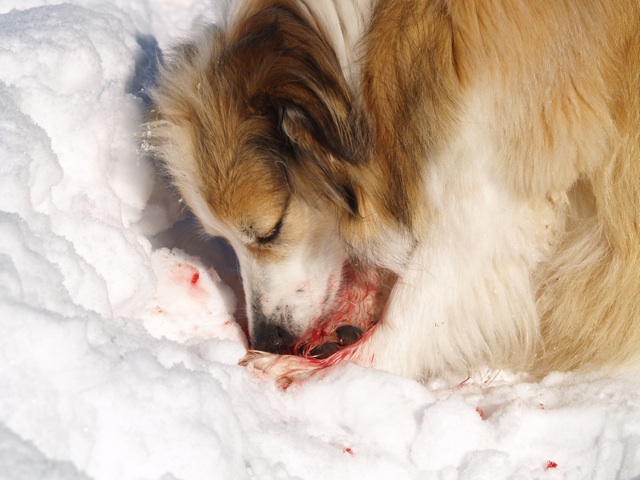 It looked gross…
but every bit of blood was cleaned up and the wound had stopped bleeding by the time we made it back to the house.
A little penicillin.
A little medication for pain.
Forced inactivity and help loading into my Durango this afternoon… and she’ll make it!
Had it been somewhere else… I might have gone for stitches… but the top of her foot would have been tricky to keep stitches in.  I imagine it will look much worse before it looks better, but I have great faith in the healing power of dog saliva… and I’ll check it for heat and redness…
She’s sore…
and has ripped into Dally and Boomer for bumping into her on occasion!
****
January 22, 2010   No entry.
January 22, 2009   Unromantic
January 22, 2008   brrrrrrrrrrrrrrrrrrrr
Find me here!