We start riding tomorrow, gathering cattle in the muddy badlands.

That meant today was a deadline of sorts.  One that separates me from all the new additions.  There would be no one here to let Dally outside… and she’s had more than one accident inside as of late.  She HAD to move outside, meaning puppies had to move too.
It’s been fun, but my house smelled like Wet Dog, and there was plenty of mud being tracked in by all the people, much less the dogs.
The Puppy Coop had to be completed by today.
I’m transforming the chicken coop to dog status.  If I ever get chickens, I won’t have a place for them!
Windows needed repaired.  The bottom of the dutch door was not attached.  And a dog sized door needed to be installed.  Plus I wanted a threshold for the straw/pine shavings I’ll put in when the pups are a little bigger, leaving some “clean” floor for romping around. 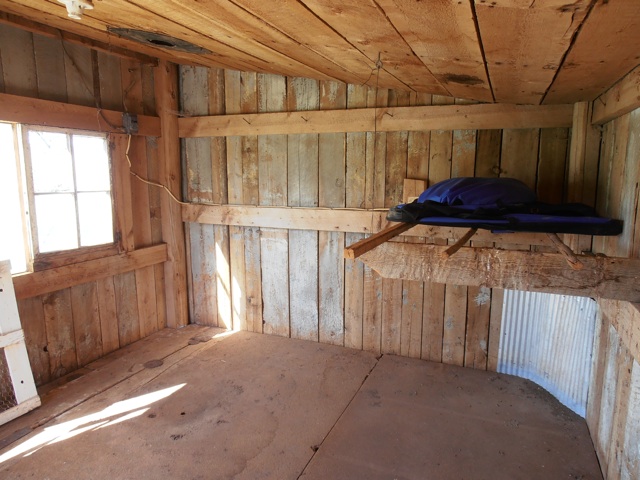 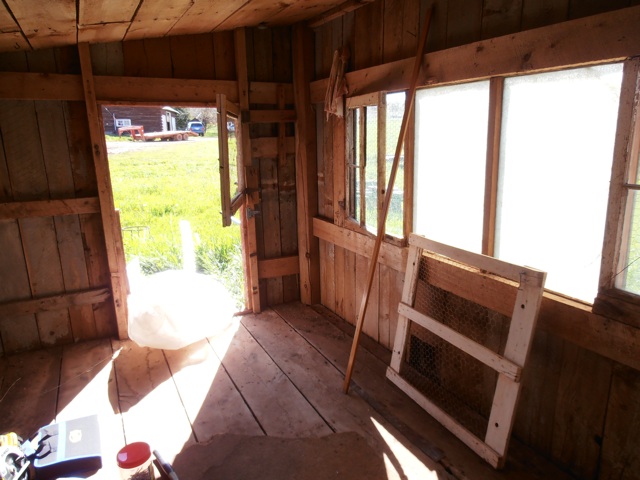 The windows are repaired and caulked… the bottom screen door rehung. 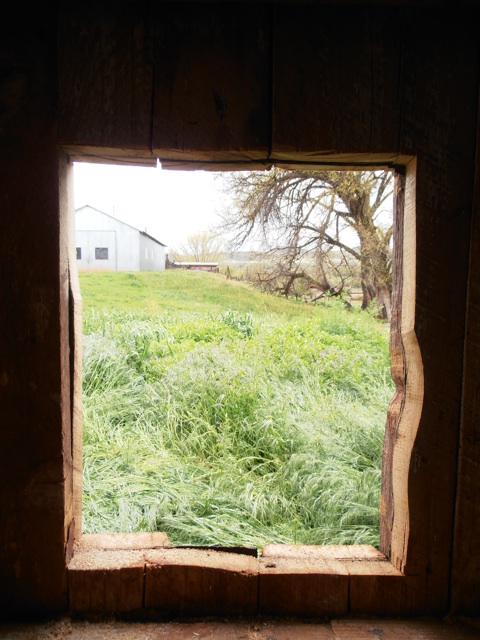 Yes, the grass outside the door needs to be mowed down… and then eventually a kennel will be placed here.  Nice view, eh?
The curvy walls are only partly my bad use of a sawzall.  Old wood with cracks in it sometimes creates its own direction! 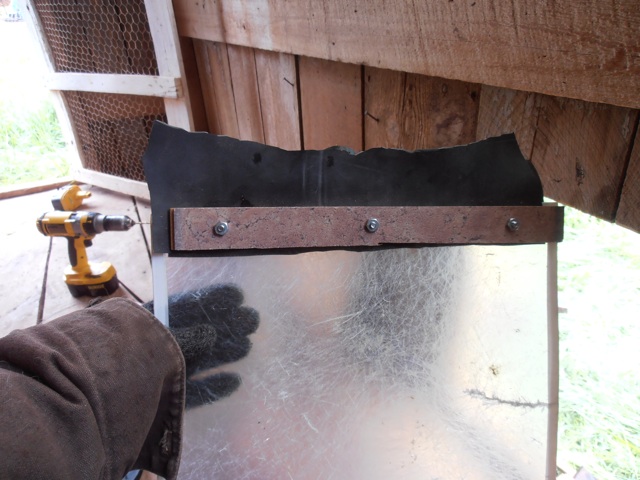 A scrap piece of plexiglass sandwiched between two boards and some innertubing created my doorway. 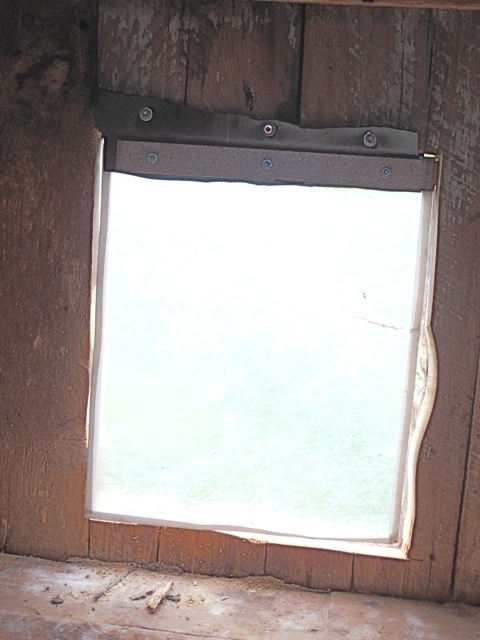 I need to support it a smidge more, but it’ll work for a bit this way. 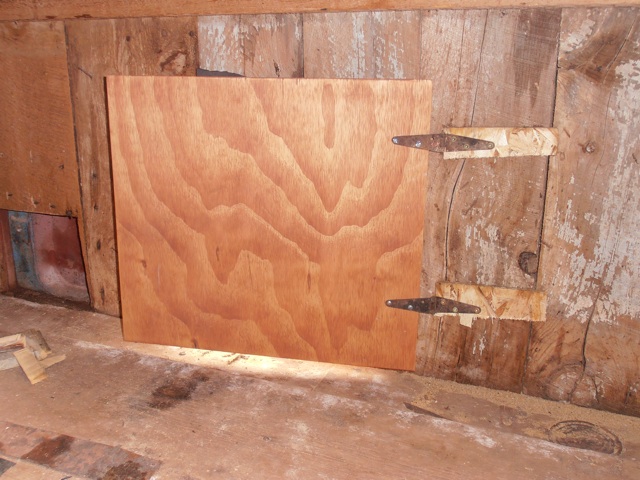 An interior wooden door was hinged over the swinging plexiglass.  I’ll put a hook and latch on it to keep it shut.  I also have a piece to hang outside… thereby creating a better blizzard barrier if it becomes necessary to keep this place warm in the winter. 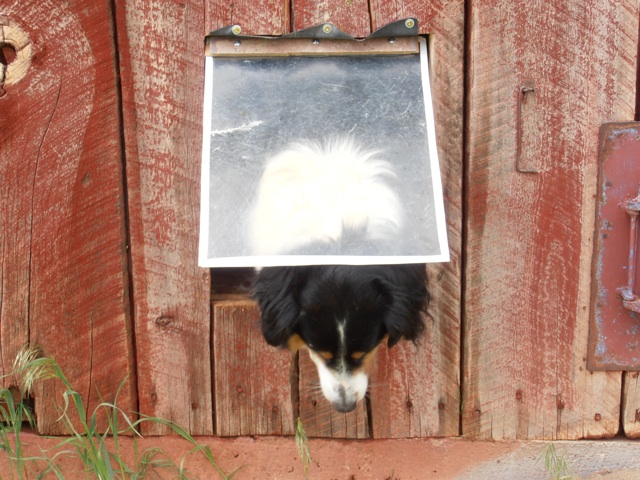 All the dogs quickly caught onto the door.  Lucas will need a step as he has to get a run at it with his bad hips.  He can make it though!  I was figuring on a step at some point anyway. 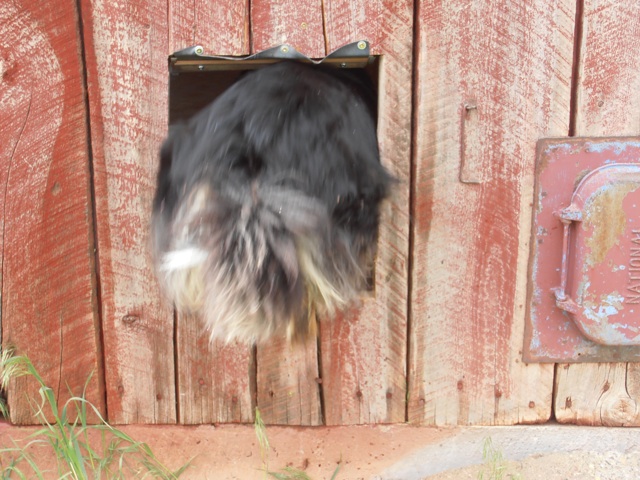 It works both ways too! 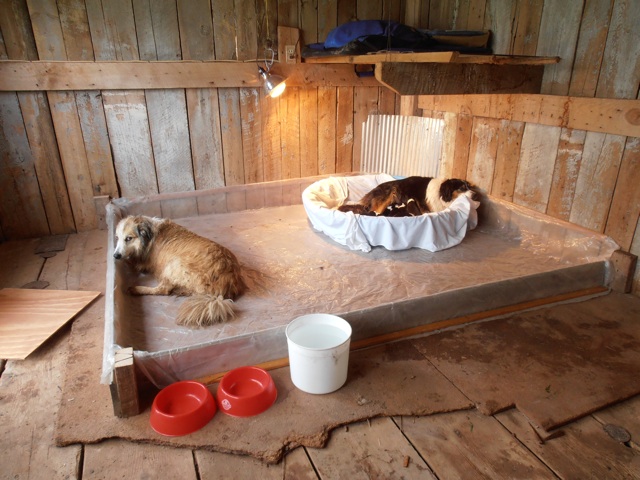