Branding was a success.

Everyone is still healthy (barring a few rope burns and various bruises and one hard landing).
Everyone left with full stomachs and smiles on their faces.
Every calf was branded… even the big OOPS calf from December!
We do have about 60 more to do… we switched up our pastures due to the high creek water… so it was easier to leave those 60 for later than fight a creek crossing.
Anyway, Miss M. was put in charge of photography.  She’s Brandon’s girlfriend.  She took plenty of shots… but the ones I picked for tonight just happen to have a certain young man in them.
Not necessarily for the romantic reason you might suspect either!
You see, Brandon was riding a “new” horse… new to the branding corral.
IT IS A VEWWY SCAWWY PWACE!
This is a big test for horses… there’s people everywhere, calves bawling, cows bellowing, tons of action in front/on the sides/and behind.  Of course, he’s roped and dragged calves, but not in the close confines of a branding corral… so we put everyone on notice.  “Watch that new horse!”
Sure enough, things got scary right off.
Brandon leads him towards the branding barrels… the fire kicks off a lot of heat and ash and smell. 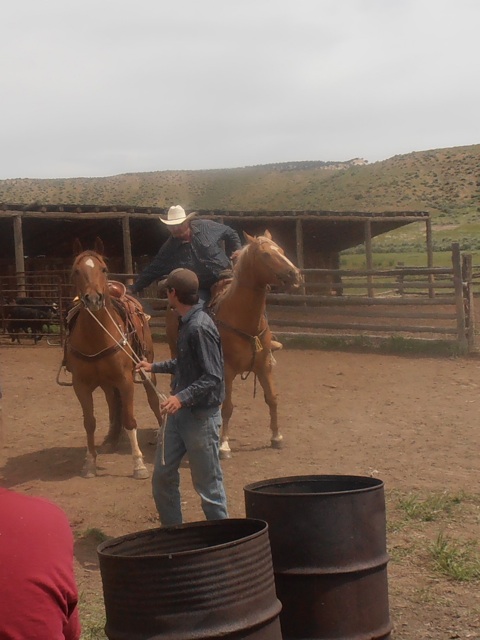 It’ll be ok…
And mostly…
it was.
He was very jumpy a time or two, making me a little nervous.  Not just because I didn’t want my youngest planted in the dirt… but there are a lot of people in that corral… and a bucking horse can take out a lot of them at once!  Speaking from experience… 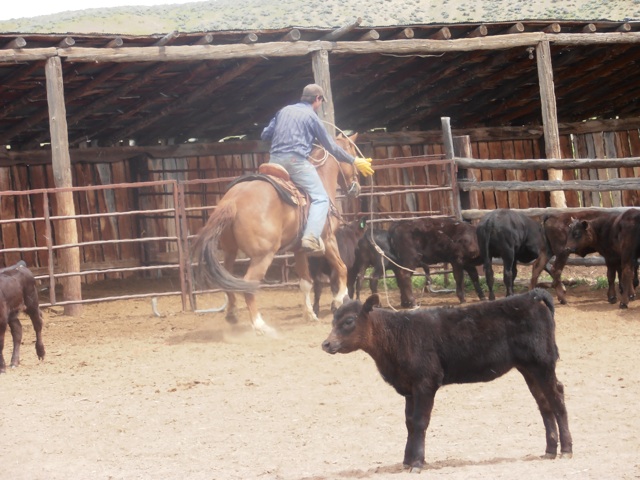 I told Miss M. to take lots of pictures of, hopefully, *nothing* happening…
and there was no wreck to record for posterity.
At least of Brandon.
A neighbor’s hired man wasn’t so lucky… but he’s fine.  Or he was when he left yesterday! 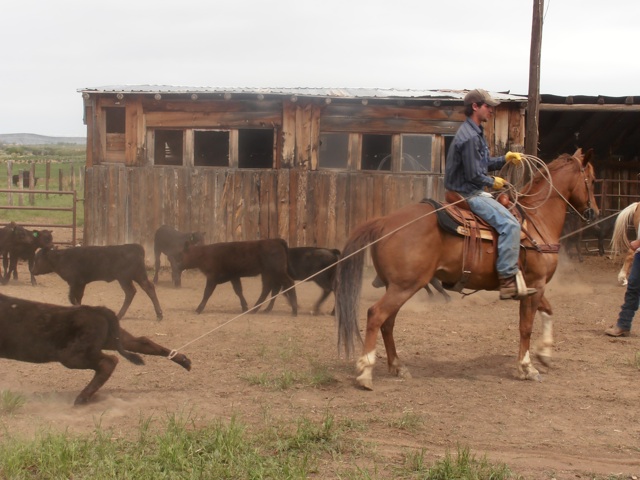 It was a good enough start. 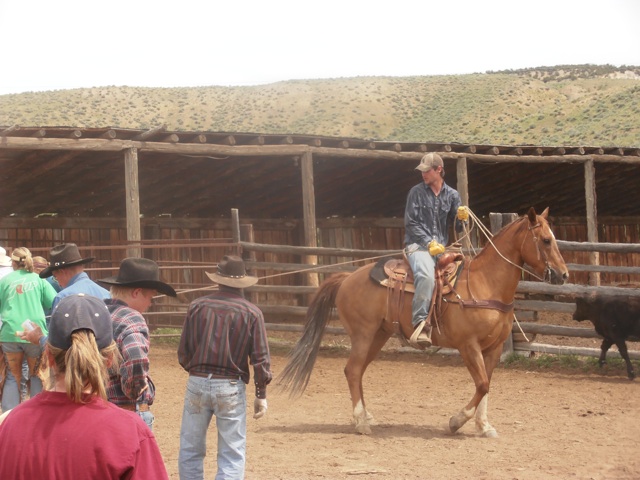